These days I often find myself staring out of the windows of either my house or my studio (one is above the other so it’s the same place) into the passing day, hearing previously unheard bird songs mixed with the joyful cries of the children playing in the building’s courtyard and my dogs barking. Perhaps what is happening is something like a hoax – Luis Buñuel style – to keep the bourgeois people at home watching Netflix, while the working classes are out in the city. But the “Exterminating Angel” comparison is kind of an old joke by now, so Aprilish…

In Mexico, half of the population works in the informal sector of the economy and earns a living on a day-to-day basis. Therefore, the lockdown can’t be as rigorous as seems to be in European countries. It is not that people don’t know or believe in the existence of the virus or that they aren’t afraid, but most people just simply have no choice but to continue working outside, selling street food, making music for the passerby, cleaning car windows at the stoplights but also tending outdoor markets, picking up garbage and sweeping the sidewalks. While many of us stay quietly at home listening to birds and children, there is a life out there, still going on in the city. It has become a diminished city, between 50% and 70% of what normally is, but there is a lot of street life going on besides the running ambulances that cross the avenues at high speed, grim reminders of the invisible battle unfolding every night and every day. We are now crossing through the most dangerous moment in the curve, as the official statistics revealed.

Nine weeks ago, when rumors about the lockdown began to circulate, I had a long meeting in the studio with my assistants about the situation and we decided that everyone would have to go home. We took some days to buy food and prepared ourselves fearing the worst, slowly convincing ourselves that our bodies had to be locked in at home. A last dinner in a nice restaurant, a last night walk in the neighborhood, running to buy the birthday present for Lorenzo, my son who was turning 16 years old. We properly began the lockdown on March 16th.

During the first week my girlfriend Elsa and I watched the “The Terror”, a miniseries reconstructing the story of two ships full of sailors that got stuck in the frozen Artic waters for two years. A good choice I may recommend, since it teaches you some useful things: to be careful with eating food from tin cans and how to deal with the mythological monsters that prowl outside.

Later I moved out the tools and the furniture of my studio to instead create a living room for Lorenzo, his 14 years old brother Clemente, and us. This space has become a communal hang out for playing games, read or dance. I only kept untouched the front room, that I normally use to write and draw. Probably like many other artists, I first had the thought that being in isolation would be ideal for making a great art work. But not long after I began drawing, I asked myself about the point to make art these days:

Hey Carlos, but what’s the point to make art these days? Produce my next show for… the living room?

I remember a video by Israeli artist Absalon that impressed me very much. It is called “Bataille” just as the French president and others have described the pandemic situation in their countries, a battle against the invisible. In this video, the artist is restlessly boxing against the void, or perhaps is boxing against something invisible that only he can see himself, or most likely he is fighting against the virus that messed up his immune system and killed him at a very young age.

How can one make something as sharp and poetical as Absalon’s video, when one can only stare at society from the window…? We are living in isolation, as if we were in Absalon’s architectonical cells. There is no possible distance to the situation that we are going through, as we are in the middle of it. Today, one can only be practical.

I stare out of my window, into an invisible world where a great battle is taking place, a battle of numbers and fading sirens but also into a world of woman and men who work every day to keep markets assorted, to keep the water running in the taps, light bulbs lighting the darkness, and above all those who take care of the sick and the dead. And also those informal workers, who run the essential services, like selling food and cleaning the garbage, because they are the ones we need in order to survive, as themselves need the street to strive. Either formal or informal, there is a busy crowd of workers outside, a crowd that I cannot see from my window, but which I can hear rumbling in the distance. 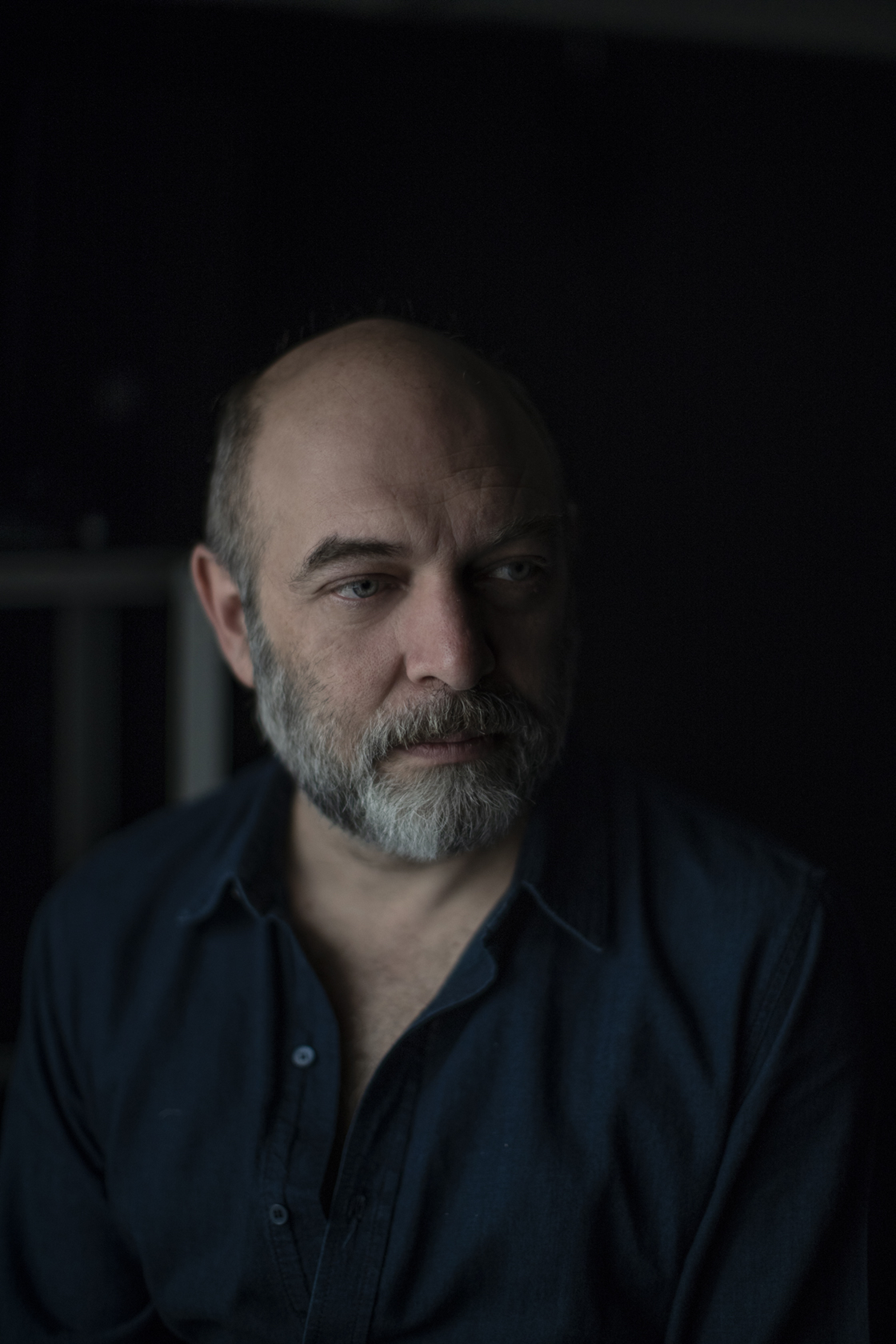 Few days after everyone had left my studio, I proposed Janet Martinez, the studio manager, the idea to produce masks with her family’s cloth-making sweatshop. For years we had discussed the possibility of making some project with them, so resulting from that long OMS discussion about if masks were suited to protect people from becoming infected or not, it suddenly made sense to manufacture masks for those who can’t stay locked at home but have to work during these deadly weeks. I approached my gallerists, Monica Manzutto and José Kuri with the idea, and proposed them to join the project by convincing some of the gallery collectors to support the production. They eagerly agreed and became closely involved in what has become a very pragmatic task for us: we are now producing 3500 masks per week for a period of six weeks, which are distributed via an NGO called WIEGO (directed in Mexico by Tania Espinoza) among thousands of informal workers who range from mariachis, sex workers, shoe cleaners, market tenants and voluntary cleaning services. As an artist I only took one aesthetic decision in all this process, by choosing the masks to be red.

Janet, Monica, Jose, Tania and I have to stay locked down at home. By using WhatsApp, we have organized and structured a distribution system that spreads the red masks through the city via a network of contacts. I call this a solidarity production chain. We are now in the fourth week of production and distribution, and it is working very well. Only one thing is odd about it: it all has been happening meanwhile we stay at home. As the masks are produced and distributed in the city, I asked those who receive them to send me pictures by phone, if possible.

In the last weeks, I have been receiving a couple of hundreds of photographs from people that I don’t know wearing the red masks. This collection has become a window to look into an unfair world that has become too dangerous to inhabit, a world that we knew was unequal but that perhaps never deeply realized how terrible it is. I look at the pictures and see the vulnerability of the people portrayed. Like First World War soldiers posing in front of a photographer before running into no man’s land, I can’t help thinking that perhaps once the pandemic passes, some of them may not be alive. I witness the situation though these images and see people who aren’t soldiers but ordinary citizens. I pray for the red masks to be useful and help them go through these awful days. I look at their eyes and I can’t stop thinking how much I fucking love this city. 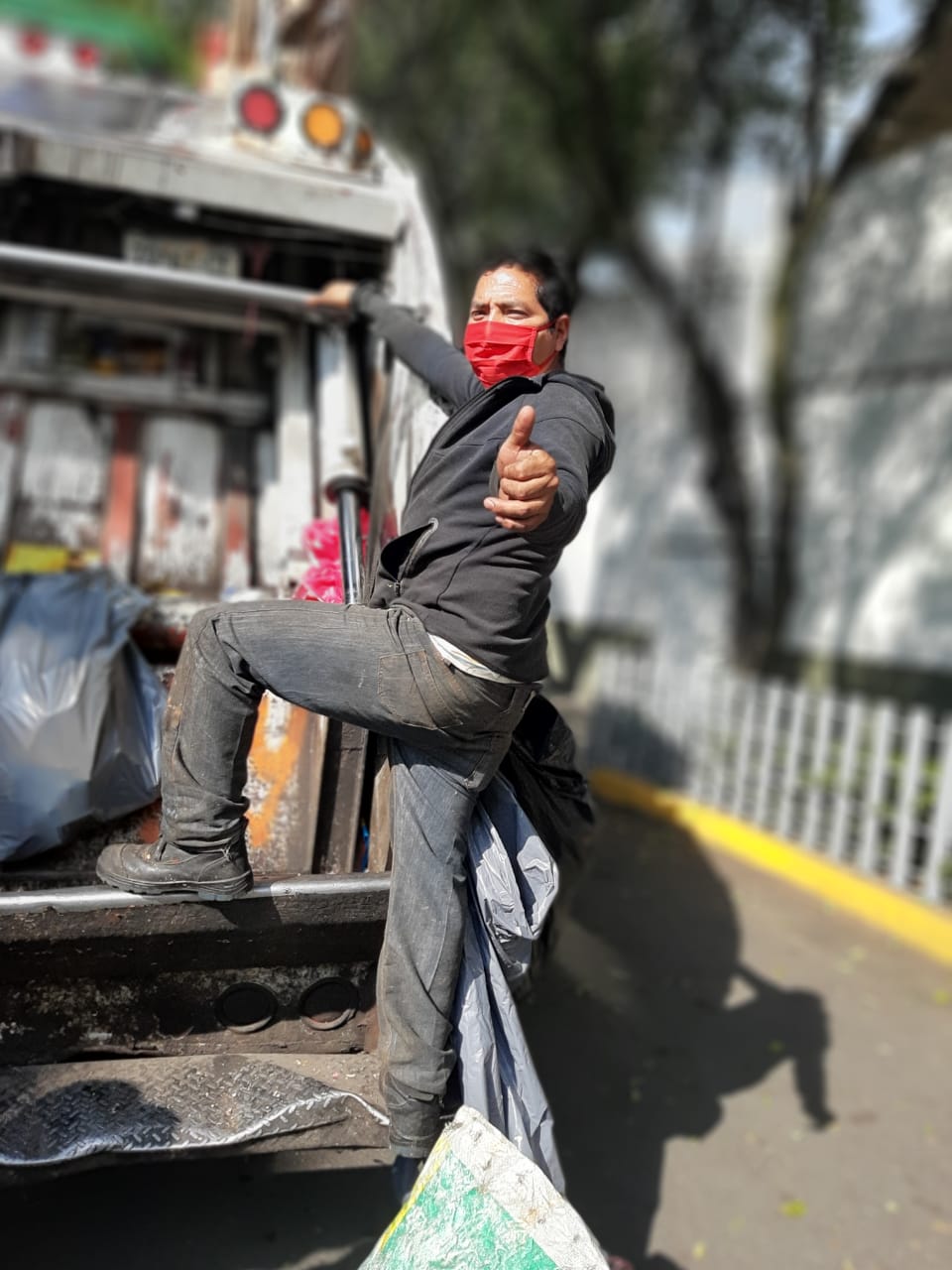