1. There are certain words that have lost meaning in the last several weeks. Their gravity, resonance and body is hauntingly absent. Shape and presence are gone as well. This is perhaps the least expected effect of a landscape of events I don’t consider unprecedented, strange, uncanny or unparalleled.

Sudden, if something is needed to be said at all.

2. I am writing this from my home studio, located in a central neighborhood in Mexico City within walking distance from one of the most iconic landmarks of this chaotic sprawling mass I’m thrilled to live in. The Angel of Independence, built at the dawn of the 20th century per command of the dictator Porfirio Díaz, was sublimely defaced on August 12, 2019 by a bustling swarm of feminist demonstrators voicing their outrage against a wave of systemic violence that has targeted them for long enough now, and has remained fenced and unsettling since then.

This may be the most urgent aspect of the emergency from a local perspective. Unrest and widespread societal discomfort apart, the sanitary crisis is happening in the midst of one of the most inept and erratic administrations I remember to have led this country in decades. This is no small feat, as Mexico is well known to historically champion rampant corruption, inequality and opacity when it comes to public administration and policy-making.

The individual currently occupying the presidential office, an annoyingly dull populist zealot who has infamously advocated faith and cheap religious trinkets as safeguards against the virus, has launched a vicious attack on culture and an institutional framework that already operates in the brink of collapse, immediately impacting a field struck by precariousness and perpetual uncertainty; all this under the mantle of a makeshift austerity plan that purportedly seeks to diminish the blowback of the contingency.

As attention is understandably geared towards more pressing concerns such as a discreet but steady contagion rate, its impact on the public health system and the expected economic meltdown in the times to come, the full extent of the damage remains to be seen.

3. I’m utterly convinced that one of the most profound potentialities of art is its capacity to foster critical thought, allowing us to experience ourselves and the world as daring and significant instances every time we need them to be that way.

In the past couple months, I have also felt continually reassured that there is no sound or definitive way to stay on top of this situation. And that is perfectly fine. I have put unique attention into not pretending to understand what’s going on better than the next person.

That said, I do think one of the most exciting achievements of this experience has been a renewed ability to affirm and relearn our capacity to understand time and purpose.

During the early days of confinement, which Mexican federal health authorities have recommended since March 23, I felt something that could be defined as a mild occupational guilt paired with a crippling need of remaining productive. Soon afterwards, I arrived to the conclusion that it was not really me and that I was somehow being instructed about the way I was supposed to feel; a manufactured response, acutely ingrained in our inability to stop and look back instead of letting our anxiety, both individual and collective, dictate the next steps in a situation we can’t pretend to prefigure at the moment.

That is one of the key states of mind that have shaped my lockdown experience: identifying what I’ve been led to think that I should do or how to feel and then scrapping it, and moreover, being well enough with the everyday idleness that lulls around the so-called New Normal. 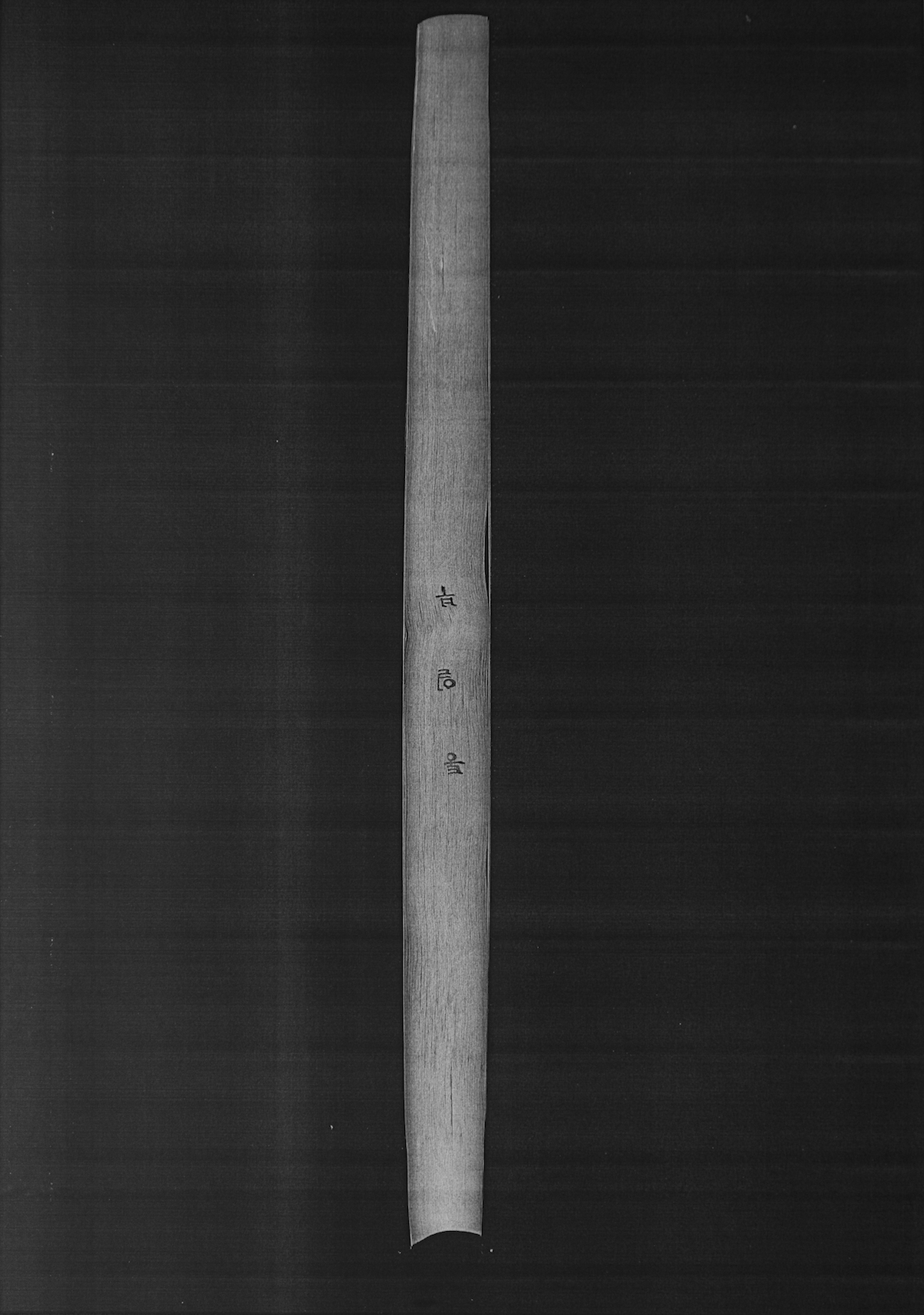 Joaquin Segura, "If anyone asks wherein the source of our strength lies and what the key to our victory is, we will answer without hesitation I", 2017. Xerography

4. I rediscovered a set of xeroxes that were made at the photocopying room of the North Korean holdings at the Ministry of Unification archive in Seoul, sometime during the 2017 spring thaw. As cryptic as the images may be, they seem to possess an eerie simplicity that somehow speaks to the current situation. I don’t recall discarding them at the time for any given reason. I just completely forgot their existence.

Those, along with a couple small paintings executed on recovered Maoist propaganda, are the only works that have been completed so far during this time. I’ve mostly spent my time musing over unread books, my personal archive and old notebooks filled to the brim with old project sketches and miscellaneous annotations.

I am prone to accumulation, whether it is improvised projectiles, used against riot police during public demonstrations and later recovered or live bullets sourced from both public security forces or private citizens, possessing mostly unregistered weapons and ammo, which is later repurposed as drawing instruments for site-specific murals in exhibition spaces here and there. Among the distinct items I tend to hoard, there’s a particular fixation with newsprint. My studio and home storage space are full of boxes containing hundreds of newspapers from all over the world, all personally collected and some of them dating well over a decade, published in languages I can’t read nor speak. I have been going through them, cutting pictures and random words at leisure.

I have no explicit intention of using that material in any way, though.

5. I prune my house plants fortuitously for hours on end.

6. I have been also thinking about entitlement and the irritatingly high opinion the arts community tends to have about itself and the outreach of our labor. While the conversation we collectively create is indeed crucial in a world in which beauty and intent are increasingly hard to appreciate, I am baffled to see that we cannot seem to understand there are subtleties imbued in understanding essentiality here and now. No, we are not inherently important and pretending the opposite is arrogant, ludicrous and non-empathetic. Attempting to capitalize this disaster through any means has no name. Face masks are not an artistic medium and exhibition spaces must subject to the same sanitary protocols than any other public space, remaining closed and unstaffed until health authorities deem it convenient. 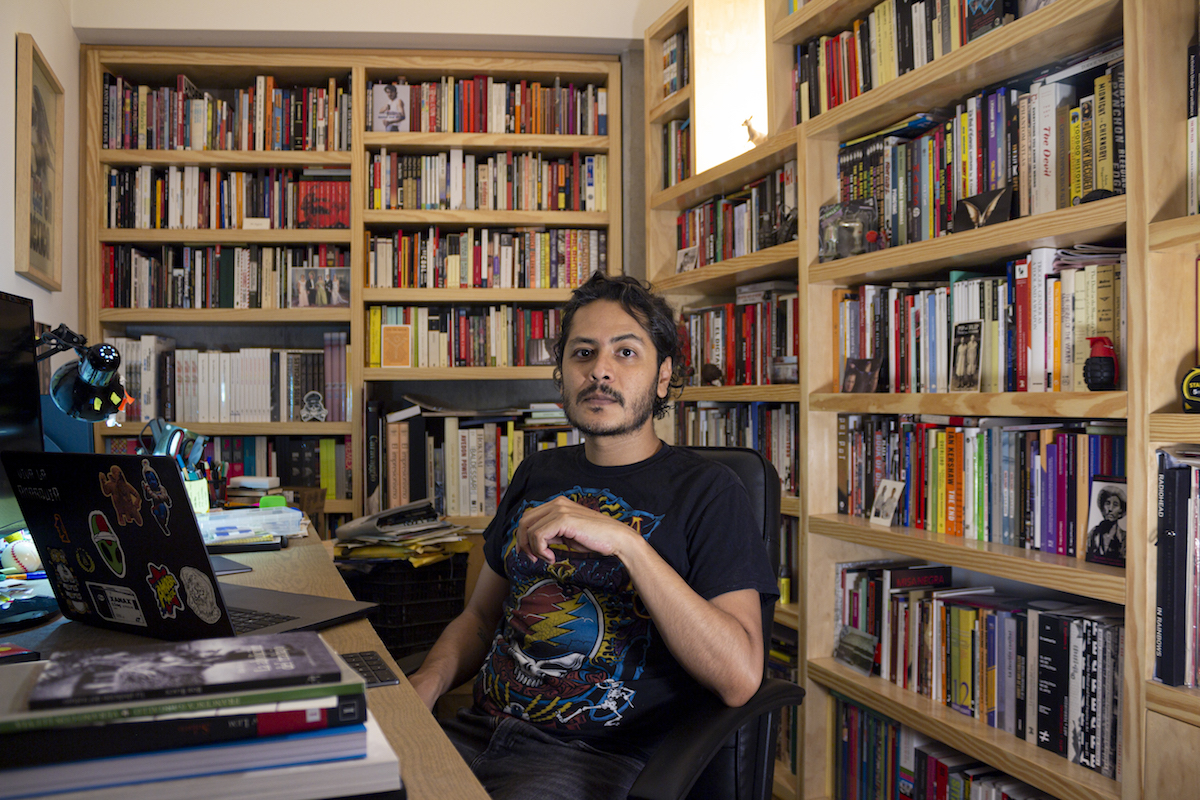 Besides, I’ve yet to see one single quarantine-related artistic project that doesn’t suck big time.

7. Some of the things I have been worried about -in no particular order-: the future, frailty, beer shortage, pertinence, the idea of critical mass, purpose, privilege, the absurd of it all.

8. I have repeatedly tried to find the most sure-fire method or excuse to refuse a remote meeting via any known platform, but have failed miserably time and time again.

9. While my use of social media had been steadily declining way before the contingency, I admit I gave up on it after the very first weeks of lockdown. Just as I feel superlatives are increasingly senseless, I am deeply concerned about how can we relate to the extreme overproduction of images, both in a cognitive and symbolic manner.

As someone who is dedicated to understand and attempt to harness the unrelentless power of the image, this is unsettling. There is an inherent responsibility when it comes to producing visuality and trying to engage in active dialogue through this process, now diluted with a mind-numbing proliferation of content, in which meaning and purpose is completely squandered.

Apart from the obvious questions that arise -Who consumes all that? Is some of it relevant to some extent or is it just an obnoxiously contemporary coping mechanism? Did we really land on the moon? -, my response, not that I pretend to make an example of it, has been simple: I decided not to look.

10. Eight random books, a couple of them rereads but mostly new acquaintances from the past few weeks:
-Frank Dikötter’s “How to Become a Dictator: The Cult of Personality in the Twentieth Century”.
-Andrés Barba’s “A Luminous Republic”.
-Isabell Lorey’s “State of Insecurity: Government of the Precarious”.
-Etgar Keret’s “The Next-to-Last Time I Was Shot Out of a Cannon”.
-Mike Allred’s “BOWIE: Stardust, Rayguns & Moonage Daydreams”.
-Chantal Mouffe’s “Agonistics: Thinking the World Politically2.
-Arkady & Boris Strugatsky’s “One Billion Years Before the End of the World”.
-Andrei Lankov’s “The Real North Korea: Life and Politics in the Failed Stalinist Utopia”.

11. Don’t let fear and self-absorption win this one, and remember: please wash your hands -six times a day, twenty seconds each-.