One needs to know about the art of cooking. When I lived in Toronto and studied video-art, thanks to a post-doctoral fellowship from the Canadian government, I vividly remember various sessions in the kitchen: with Michael Snow and his dear friend and academic supervisor Bruce Elder, an exceptional experimental director. I also remember an epic wine testing session at Bruce’s house, where for the first time – it was 1998 – I tasted wines from all over the globe.
Non-curricular subjects are important, and have the potential to take on even greater importance during this period of quarantine.

I “navigated” through school as a teenager (I lived through some eventful moments … and they have not quite finished yet!), in the library I would submerge myself in enormous volumes of contemporary history. Philosophy? I never quite understood why it is not an official subject of study both at school and university, as an integral part of the artistic learning process in Italy. As a result: the same “fashionable” names of art intellects are repeated and regurgitated in texts on works.

Often art borrows concepts revealed by philosophy, but has also made its own terms coined by scientists, as is the case of the Anthropocene. Science and philosophy, once considered antipodes, are not so different: they both investigate the real and, at times, imagine and foresee possible scenarios. Art does the same. For this reason, it tends to use terms shared by other disciplines: to create a dialogue via the same language.

In 500 BC it was established that water was the origin of everything:claimed by the first western philosopher Thales, as reported by Aristotle in “Metaphysics”. Later scientists would have proved him right, after dwelling at length on this fascinating element, present on earth in its three different forms: liquid, solid and gas.

Water is the origin, yet per contra it leads to destruction; melting glaciers, rising sea levels, uncontrollable rain, flooding. “Il Tempo del Diluvio” is the title of the project I’m working on (winner of the Italian Council 2019), between Berlin, Jerusalem, Rome and Venice, a project which has distended over time, more so now by force of circumstances.

Time is like water. We complain when it is in short supply and nearing drought, but when there is too much, all at once, it is no good either; we never have enough time but now, during this period of quarantine we are submerged by it, in a sea where the shoreline is out of sight. 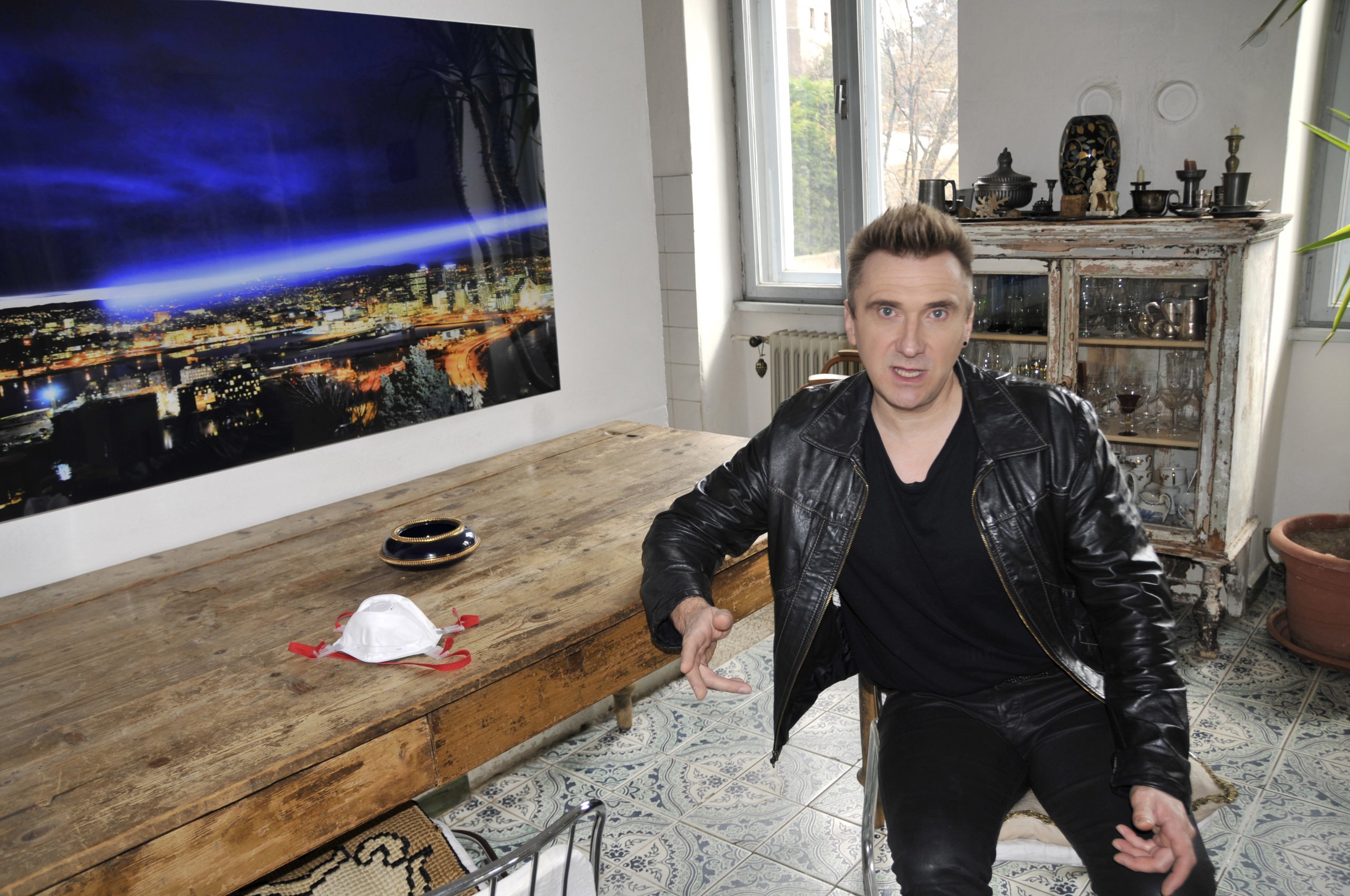 Books may be our branches floating on the surface of the water to hold on to and keep us afloat.

Afloat on my horizon is the “Introduction to the Philosophy of History” by Hegel, the cover of a book by Bruno Martinis from thirty years ago, which poses the question “Andiamo verso un nuovo diluvio? Il clima della terra sta cambiando” (Are we moving towards a deluge? The climate of the earth is changing). I come across “Cosa resta dell’Occidente” (What remains of the West) by Gian Enrico Rusconi, I cling tightly onto “I miti del nostro tempo” by Umberto Galimberti, and as the water enters my throat, I cutch onto “Learning to Die in the Anthropocene: Reflections on the End of a Civilization” by Roy Scranton, and the waves pull in towards me Slavoj Žižek’s “Virus”…
Carl Gustav Jung writes “The night sea journey is . . . a journey to the land of ghosts somewhere beyond this world, beyond consciousness, hence an immersion in the unconscious.”

I wake up, it was all a bad dream, I fell asleep listening to “Il diluvio universale” (The universal flood) by Gaetano Donizetti, a rare recording found online, I look around for certainties: I am surrounded by the Alps, the water fluctuates in the lake I see from my home-studio window, snow glistens on the top of the mountains.

And it’s time to cook.