The energy was palpable. At night the moon was full, during the day the sun shone and the waters across the lagoon glistened: the international art world was back. After a three-year hiatus and several months of preparation, Venice took its rightful place as centre stage, as its 59th Biennale Arte opened, curated by Cecilia Alemani (the first Italian woman to do so). Her much anticipated central show, ‘The Milk of Dreams’ has more artworks than any Biennale before it (1433 with 80 major new commissions) and is more diverse in every sense – women and non-binary artists dominating male by roughly 10 to 1 (taking over one of the two main exhibition spaces, the Giardini Central Pavilion entirely) with artists from 58 countries worldwide. Rooted in the global, expansive movement of Surrealism (also currently explored in the excellent exhibition ‘Surrealism and Magic: Enchanted Modernity’ at the Peggy Guggenheim Collection in Venice until 26 September, and for those in London in the exhibition ‘Surrealism Beyond Borders’ at Tate Modern until 29 August) it allowed exploration of timely questions such as what would life look without us and how is the definition of the human changing?

Precious Okoyomon, Earth Before the End of the World, 2022
Prabhakar Pachpute, Unfolding of the remains-II, 2022 and The underground nest over the dune-II, 2022

Both the Arsenale and Giardini site maintain a tight balance between large, showy installations, opening with show stopping artworks, ‘Elephant’ by Katherine Fritsch (1989) at the Giardini (awarded a Golden Lion for Lifetime Achievement, along with Chilean artist Cecilia Vicuña) and Simone Leigh’s monumental ‘Brickhouse’ at the Arsenale (awarded a Golden Lion) and intimate historical surveys: five time capsules which give depth and insight into key moments in the history of art which have been overlooked. Artists from different generations were well represented, a whole room dedicated to the paintings and sculptural works by Paula Rego, haunting, powerful works on paper by Miriam Cahn; highlights by younger artists the performative piece ‘Encyclopaedia of Relations’ by Alexandra Pirici, kinetic colourful sculptures by Monira Al Qadiri and elaborate presentations of new work by Prabhakar Pachpute and Ali Cherri’s ‘Of Men and Gods and Mud’ (awarded the Silver Lion award for a promising young participant in the international exhibition).

Perhaps one reason why the main exhibition spaces worked so well was due to the involvement of the researched-based design studio Formafantasma in creating a custom-made intervention in their design. A highlight of the opening days was hearing them discuss this at the Venice Meeting Point close to the Arsenale, which hosted a series of talks and events as well as an elaborate exhibition by young artists from Italy and abroad on the theme ‘De Rerum Natura’. 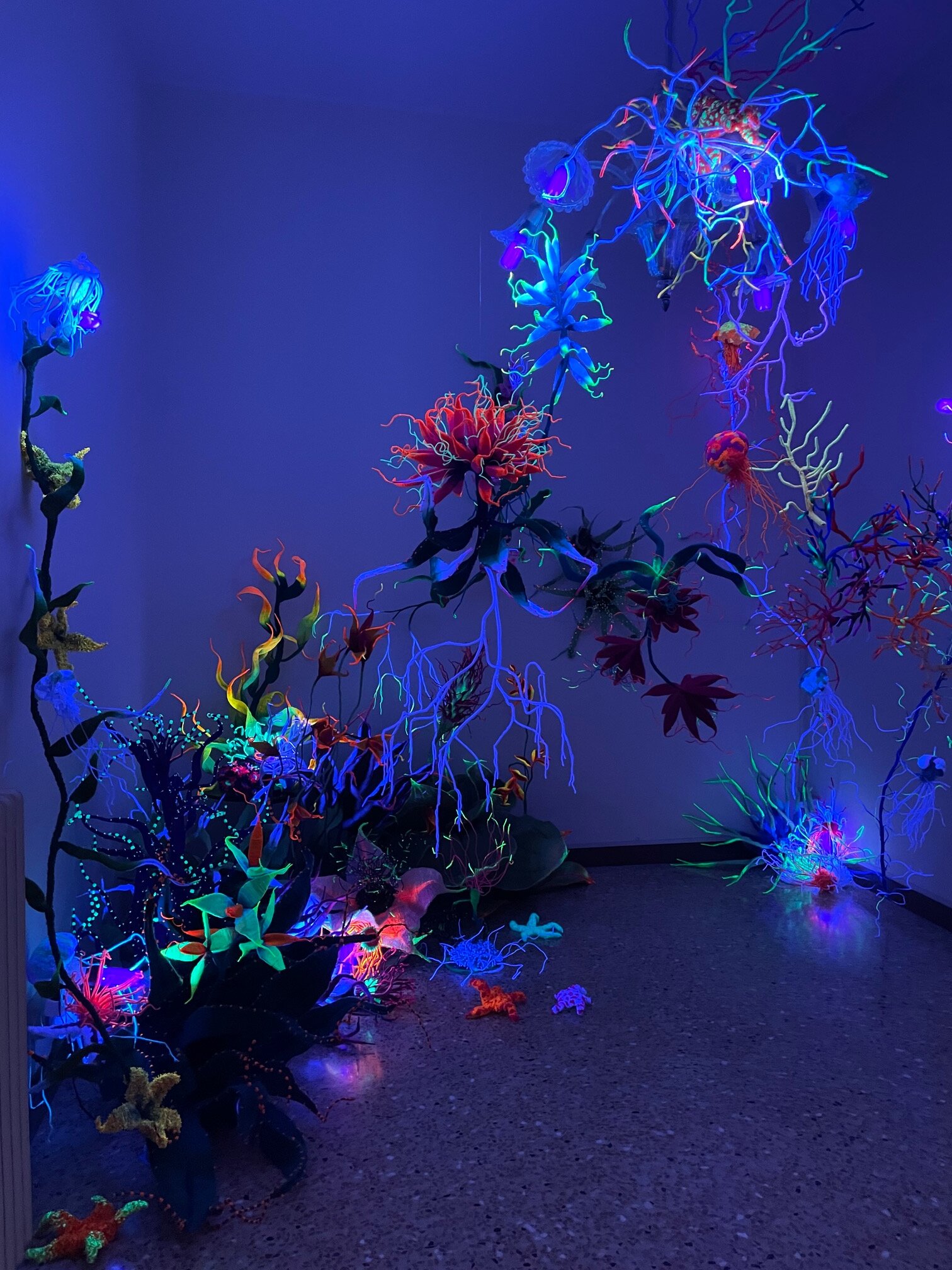 National Pavilions were inspired by the surrealist theme, with diverse presentations, some incorporating new media (Yunchul Kim’s ‘Gyre’ taking over the Korean Pavilion for example) but the majority offering new positions on old histories, tapping into ideas on archiving, nostalgia and the very act of making and creating, such as the British Pavilion by Sonia Boyce ‘Feeling Her Way’, which was awarded the Golden Lion, the culmination of a major, long term project about female black musicians, and the French Pavilion by Zineb Sidira ‘Dreams have No Titles’ – a completely immersive film installation interweaving the artist’s personal story with Algerian, Italian and French films from the 1960s and 1970s. Both these pavilions had long queues during the opening days, a little shorter when the rain came down. 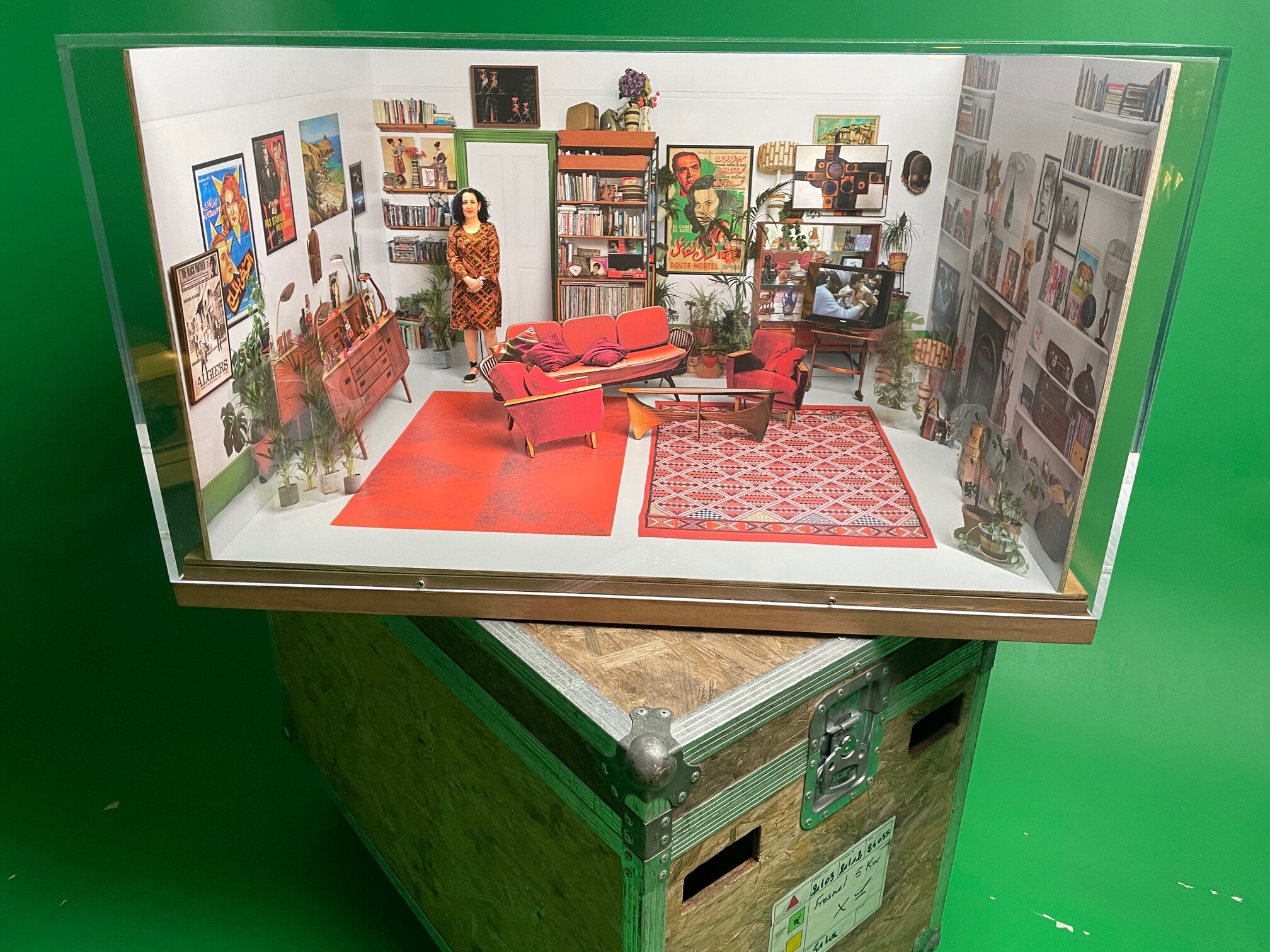 Across the city many important solo presentations by artists were on show, many in historically significant spaces, such as colossal canvases by Anselm Kiefer in the Doges Palace and fascinating, previously unseen works by Joseph Beuys exquisitely curated in the Cini Foundation. Many took over spaces which have seen recent innovative transformation – such as the Chipperfield-renovated rooms at the Procuratie Vecchie, San Marco hosting assemblages and collages by Louise Nevelson, who had represented the US at the Venice Biennale 60 years before, and just downstairs, Carlo Scarpa’s Olivetti showroom reopens, with works by Anthony Gormley and Lucio Fontana on display. There were new palazzos to view art across the city, Stanley Whitney’s colourful canvases filling the first floor of Palazzo Tiepolo Passi in San Polo, the much anticipated Palazzo Manfrin opening in Cannaregio – acquired by the Anish Kapoor Foundation and renovated by Giulia Foscari, UNA studio to be able to showcase large-scale installations by Kapoor, complementing the works on exhibition at the Gallerie dell’Accademia.

Some of the strongest work can be found in unexpected locations – Fiona Banner’s pop-up exhibition ‘Pranayama Typhoon’ at the Patronato Salesiano, a community centre and basketball sports hall near the Giardini; Alberta Whittle for Scotland in Venice ‘Invest in Love’ on San Pietro in Castello, Oliver Beer undertaking a 24-hour musical performance as part of Parasol Unit’s exhibition ‘Uncombed, Unforeseen, Unconstrained’ at the Conservatorio di Musica Bennedetto Marcello and the several moving Ukraine presentations added late to the programme, such as ‘This is Ukraine: Defending Freedom’, at the Scuola Grande della Misericordia.

As ever, the 59th Biennale Arte in Venice and its accompanying exhibitions is larger than life and worth an extensive explore. 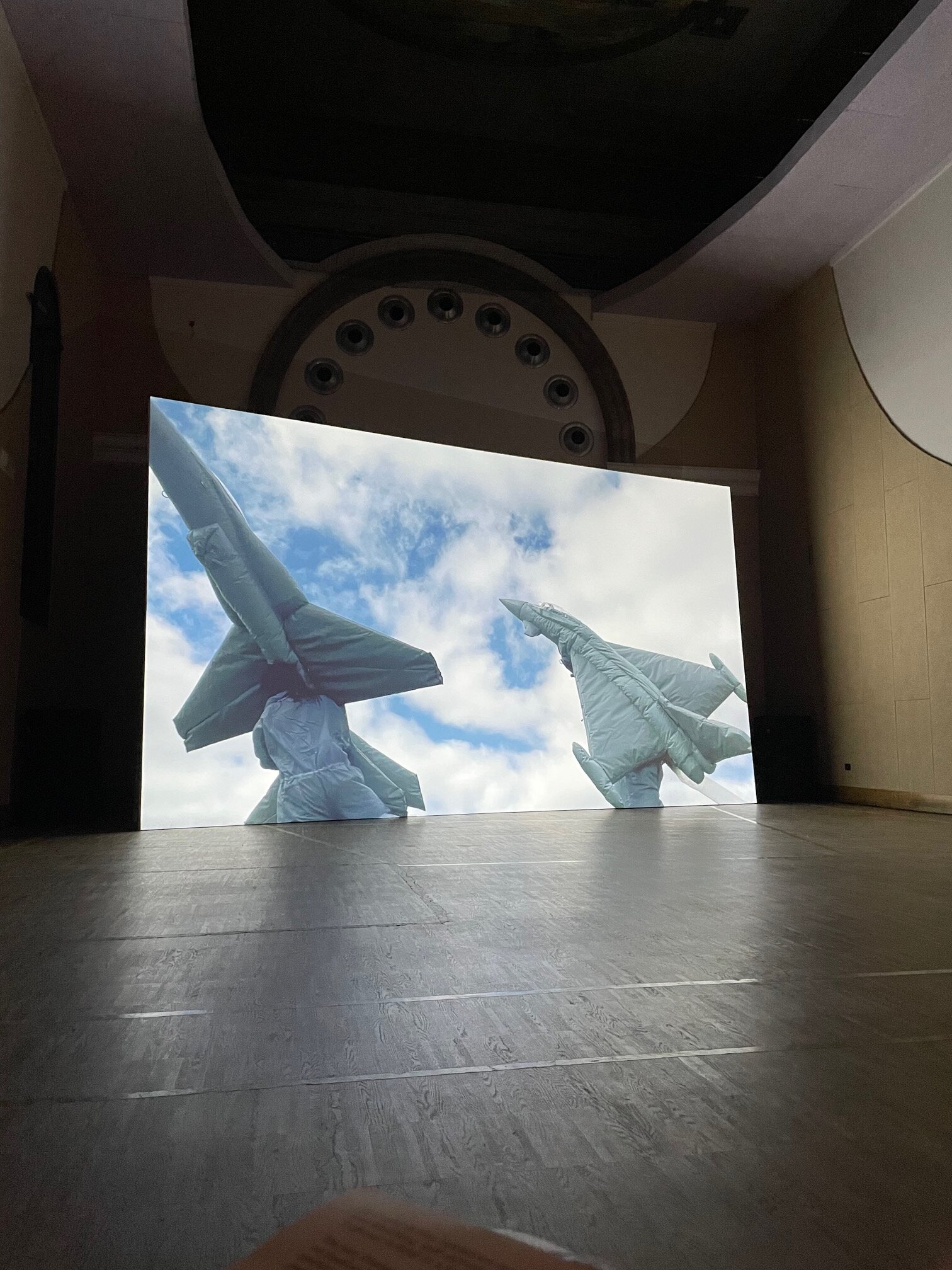 Fiona Banner, Pranayama Organ, 2021.
Keep up to date with My Art Guides
Sign up to our newsletter and stay in the know with all worldwide contemporary art events
Subscribe