Your project “Pneuma”, winner of the Italian Council Project (2019), is the result of a period of research on mental illness with which you have involved various different realities. Can you tell us where the impulse for this project derived from and about the course of research you have undertaken?

Pneuma is the result of a journey of personal interest that travels on the border between normality and deviance, and more precisely on how this border is designed and established by contemporary societies to create a pre-established order based on the cataloging of behaviours that are verging on correctness.

The project was instigated by two legislative sources that in recent decades have proved fundamental for the protection of mental health at a public and individual level and attempts to understand how these directives have been applied in different countries. The first is Law 180, 1978 (Italy) and the second the Declaration of Helsinki, 2005 (Europe). Starting from this theoretical network, a connection has been created with different European realities that deal with mental health in different countries: Italy, Switzerland, Austria, Germany, France, Belgium, Holland, England, Romania, Czech Republic. In some of these countries collaborations came about with treatment centres, psychiatric institutes, foundations for personal support, developing direct connections with the people who live and work in these places. In addition to site-visits, recreational activities, including reading, drawing, theatre and music were organised; these moments of exchange and creativity have made it possible to partially challenge the processes of classification of psychic distress and marginalisation. The time spent, the experiences and the materials produced were the basis for the creation of the works that make up the exhibition project presented in various European locations such as STATE Experience Science in Berlin, MARe Museum in Bucharest, Löwenbräukunst Contemporary Art Center and schwarzescafè in Zurich.

It is a touring exhibition project, the pandemic and the consequent lockdown took over in the course of its construction. Have you found any correspondences with “Pneuma”, focused precisely on the isolation of certain categories of people?

This is a project that raises questions about open issues that affect both society and the individual. Issues such as forced isolation, voluntary isolation and marginalisation have proved more tangible since the outbreak of the pandemic and have affected not only individuals with mental health problems but the entire world population. The health emergency has increased this type of problem and consequently also more serious pathological complications deriving from the current historic moment. Psychic distress is a complex problem related to a specific society, to a geographical area, to politics, to climate, to the historical evolution of a particular place: these are dynamics that have proved to be more pressing since March last year, than ever before.

I believe that an artistic project must not and cannot claim to change the social status of the question at hand; however, it can trigger questions and modes of thought about what too often is left unconsidered, leading to new awareness. 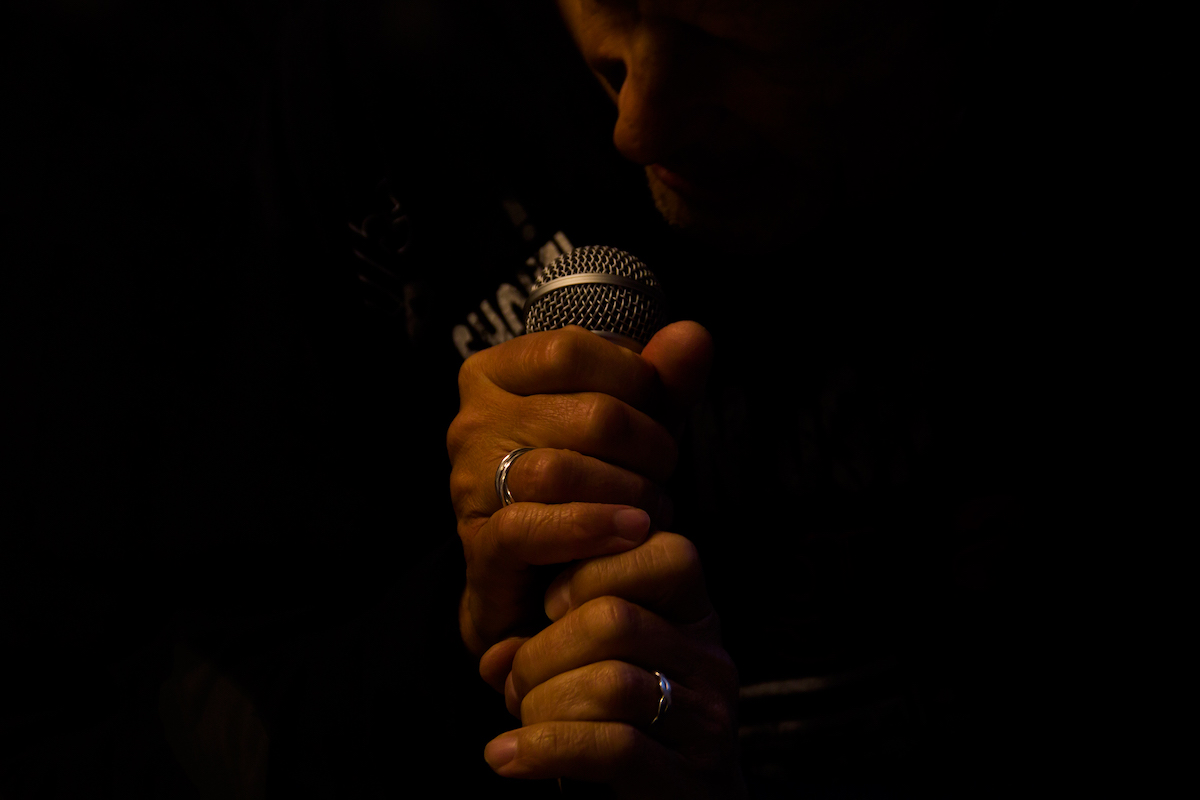 In addition to having traveled to multiple locations, “Pneuma” is a project which has lasted a rather long period of time: beyond the issues related to the pandemic, have there been any further developments or new collaborations?

The research that led to the creation of the exhibition project was complex not only due to the pandemic, but also due to the issues addressed at the various treatment centres. These aspects have obviously led to decisions making over the course of the project’s progress, adaptations made and rethinking to bring the project to its natural disposition. In addition to this, with the development of the project, new ways of reasoning have opened up with new realities, some have been made concrete during recent months, such as the presentation of the film at La Fondazione in Rome and at Etablissement Gschwandner Reaktor in Vienna, others are in continuous development that are awaiting to delve deeper and on which there will be updates in the months to come. 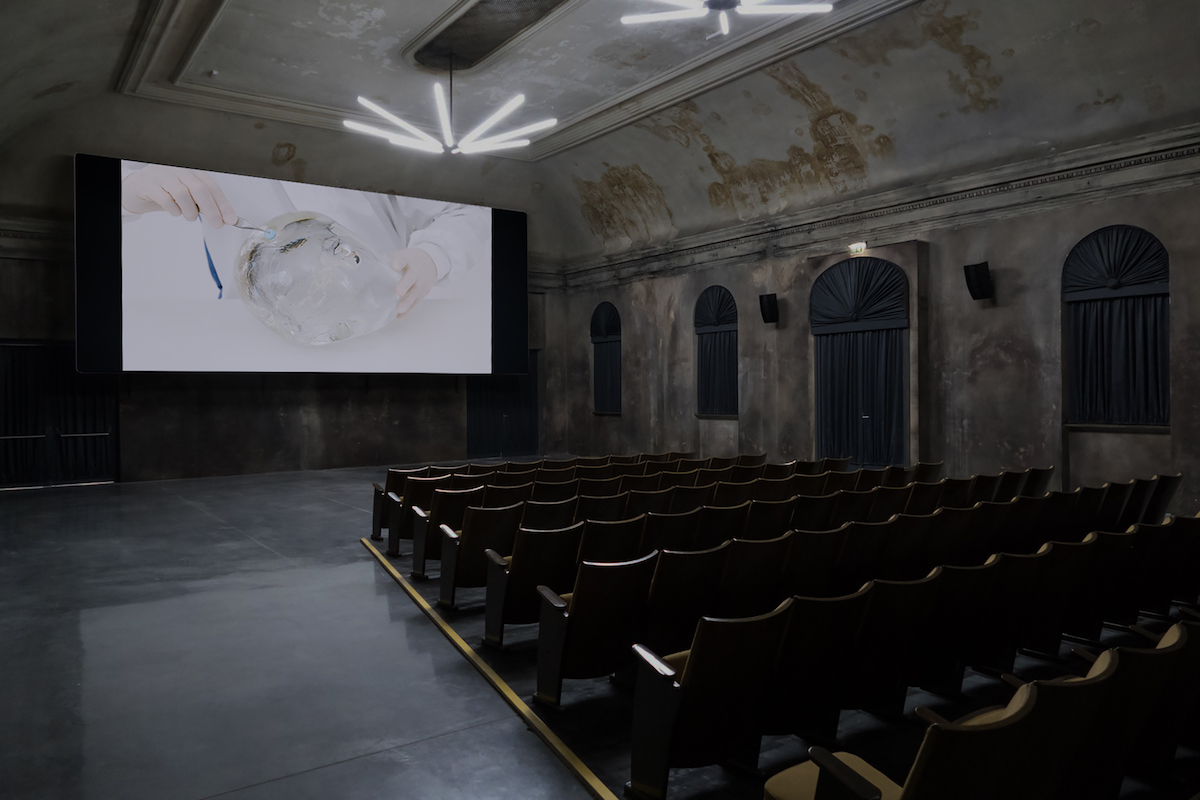 How was “Pneuma” received by different audiences? Do you find that the issue you have been exploring is transversal to the public and to the European institutions with which you came into contact with or did you find differences?

What is interesting is the connection between art and care in order to reach an audience of different people who, through an exhibition project or the reading of an artistic catalogue, may approach aspects that are generally kept away from everyday life. I must underline that the question of the target audience, between similarities and differences, could only be taken into consideration and analysed in a moment of stability and freedom of movement; the pandemic has also heavily affected all these aspects. An opportunity that represents the transversality of the public and the synergy between different sectors was created in the Swiss context thanks to the collaboration with the Pro Mente Sana Foundation and the Living Museum with which workshops and activities were organised that took shape within the Löwenbräukunst Contemporary Art Center in Zurich. During these moments, people both in care and visitors gave life to the creation of a large painted carpet that occupied the entire floor space. 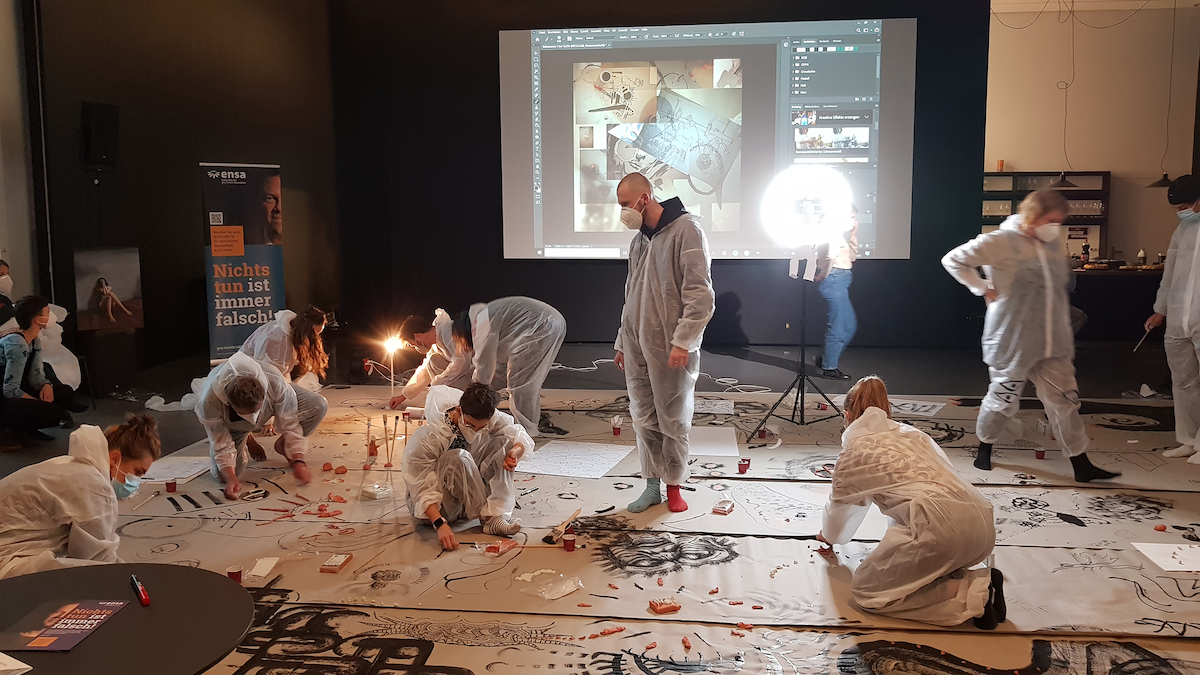 What’s next? How will “Pneuma” conclude?

The project is now in its final phase, a series of online presentations are planned, replacing those scheduled in presence and canceled due to COVID-19, with some of the partners involved, including CIMeC, Center for Mind/Brain Sciences in Rovereto which is also one of the promoters of the project.
Together with some collaborators I am also working on the monographic publication of Pneuma which will come out in late spring and which will then be presented in different ways and institutions. The publication contains all the work carried out over the last year and a half, with photographic material of research trips, exhibitions, works and textual essays by various personalities from both the artistic and non-artistic world. 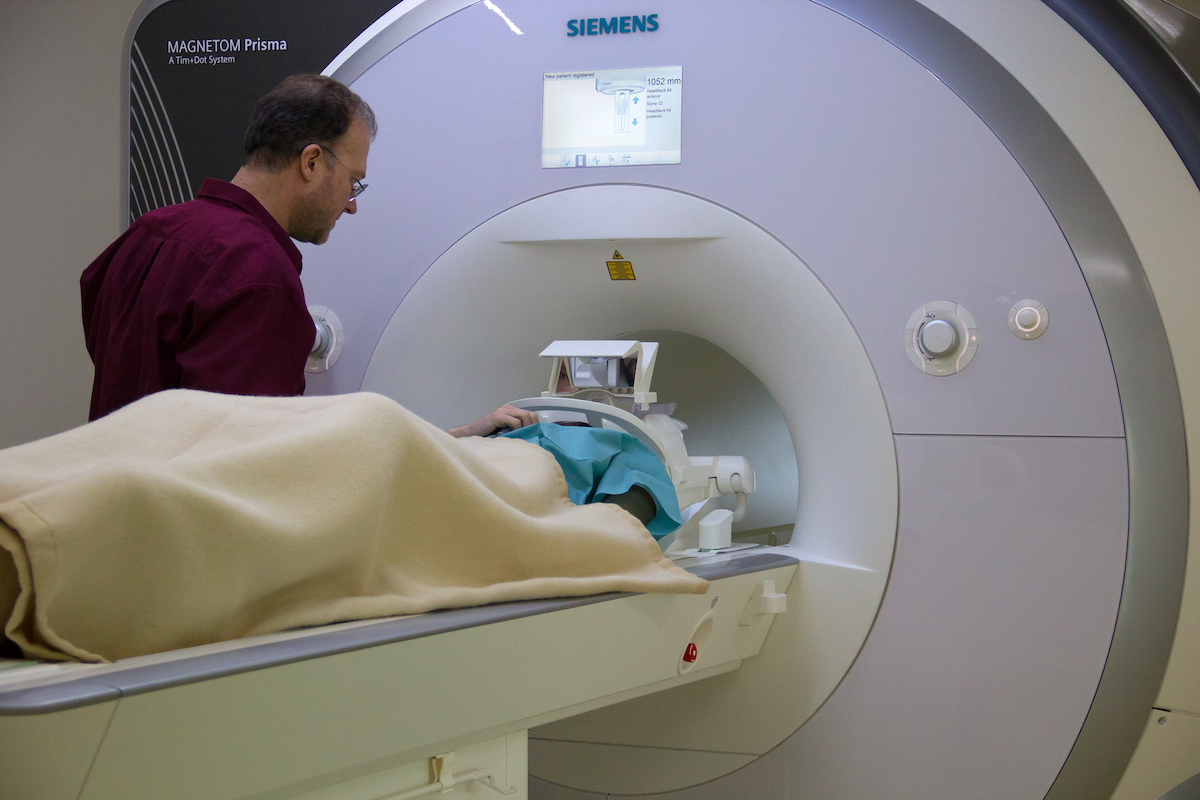 Pneuma, Magnetic Resonance (MRI) on the brain of the artist at CIMeC, Center for Mind/Brain, Rovereto. © Christian Fogarolli
Related people