How did your relationship with glass begin and how did your artistic career evolve? How did you come across the practice of lampworking?

I used to create jewellery using the conterie I bought at the Costantini factory in Murano. During one of my tours I came across a shop selling blown glass beads with particular shapes I had never seen before and which differed from the traditional Venetian beads I already knew. So I started to use them, but after some time I realised that I needed to create beads that were completely my own and so, self-taught, I started to learn the lampworking technique in my workshop in Milan.
As the technique evolved, my work also changed a lot, taking me from jewellery to creating sculptures.
The choice of the lampworking technique initially came from the need for practicality in being able to work and practice without the need to rely on a furnace. I still believe it is a technique with a lot of potential.

Now, I actively and continuously collaborates with the Caterina Tognon contemporary glass gallery in Venice. 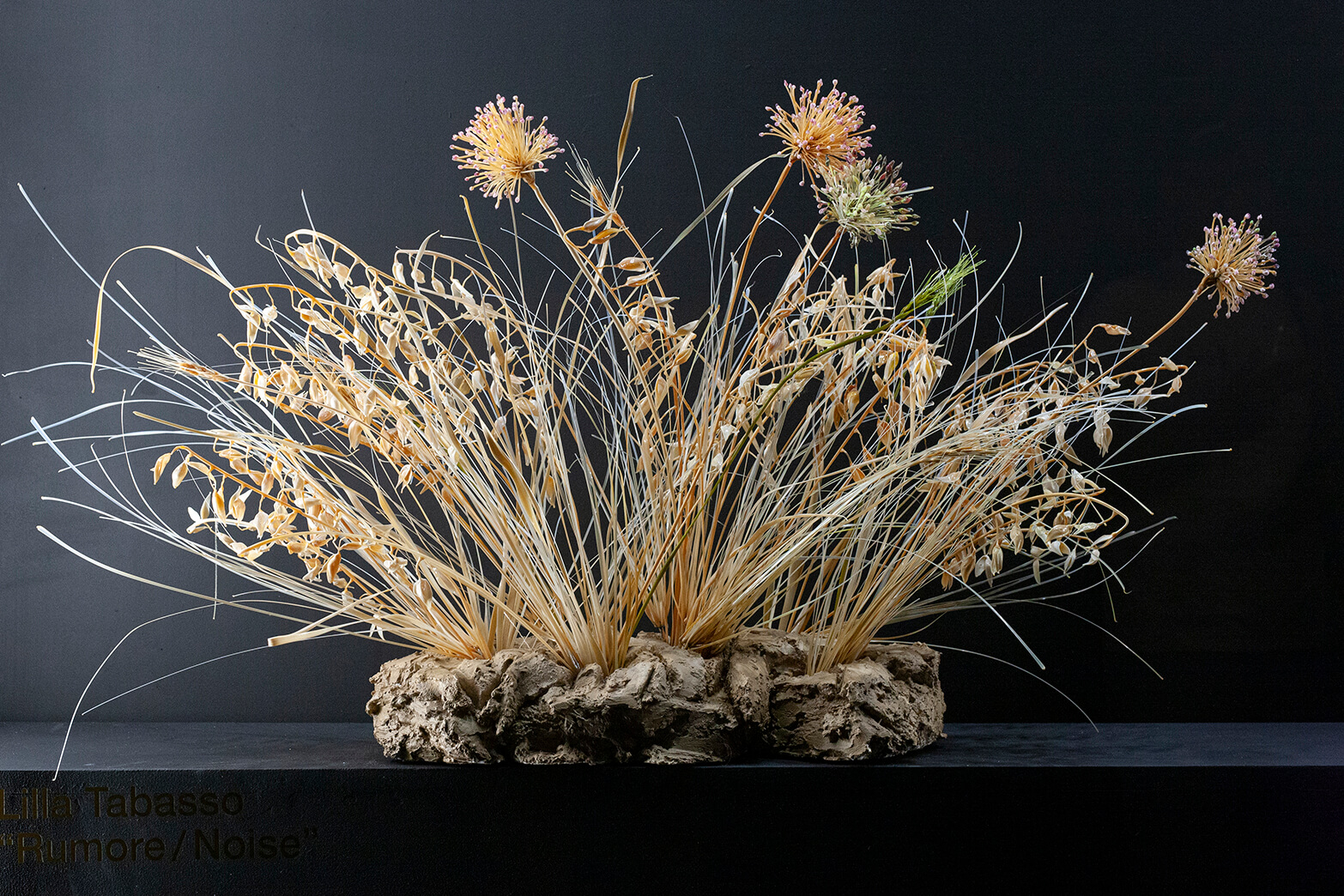 At university you studied biology, then you moved on to an artistic career. What do you see as the meeting point between these two disciplines and how do they interact in your practice?

The transition from biology to artistic creation was not consequential. The scientific studies were very interesting but I did not see myself as a biologist. In fact, the botany exam had created quite a lot of problems for me and I had repeated it several times before I managed to pass it!
Looking back I see that the two paths were connected…maybe I already knew what I wanted to explore but I had simply taken the wrong path!

In your artwork, you reproduce flowers and vegetation in a hyperrealist manner. What fascinates you about the natural world and flowers in particular?

I think that the love of flowers unites all human beings. I don’t think there is a single person in the world who has not stopped for one second longer to admire a flower.
The natural world is the highest and most beautiful way I could find to represent human emotions and conditions. 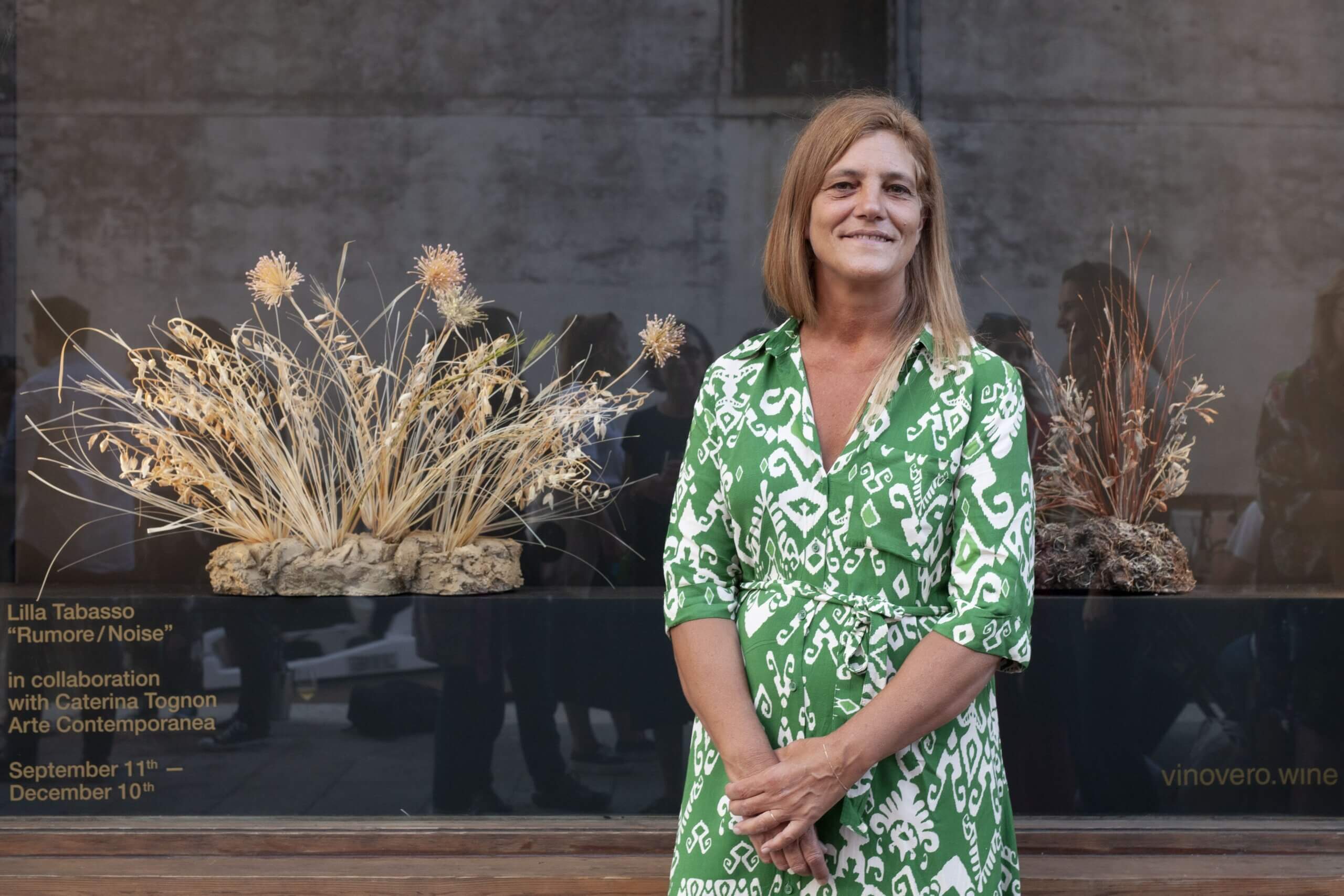 How do you rate the experience of exhibiting one of your artworks in the Vetrina, an unconventional space in a busy place where people can only observe and not walk in?

Exhibiting in unconventional spaces such as the Vetrina is interesting as well as important because it allows people who do not belong to the art world to admire artworks that they would otherwise not even know existed, discovering them because they are simply strolling by or because they decide to stop at Vino Vero for an exquisite glass of wine or to taste one of the best cicchetti in Venice. 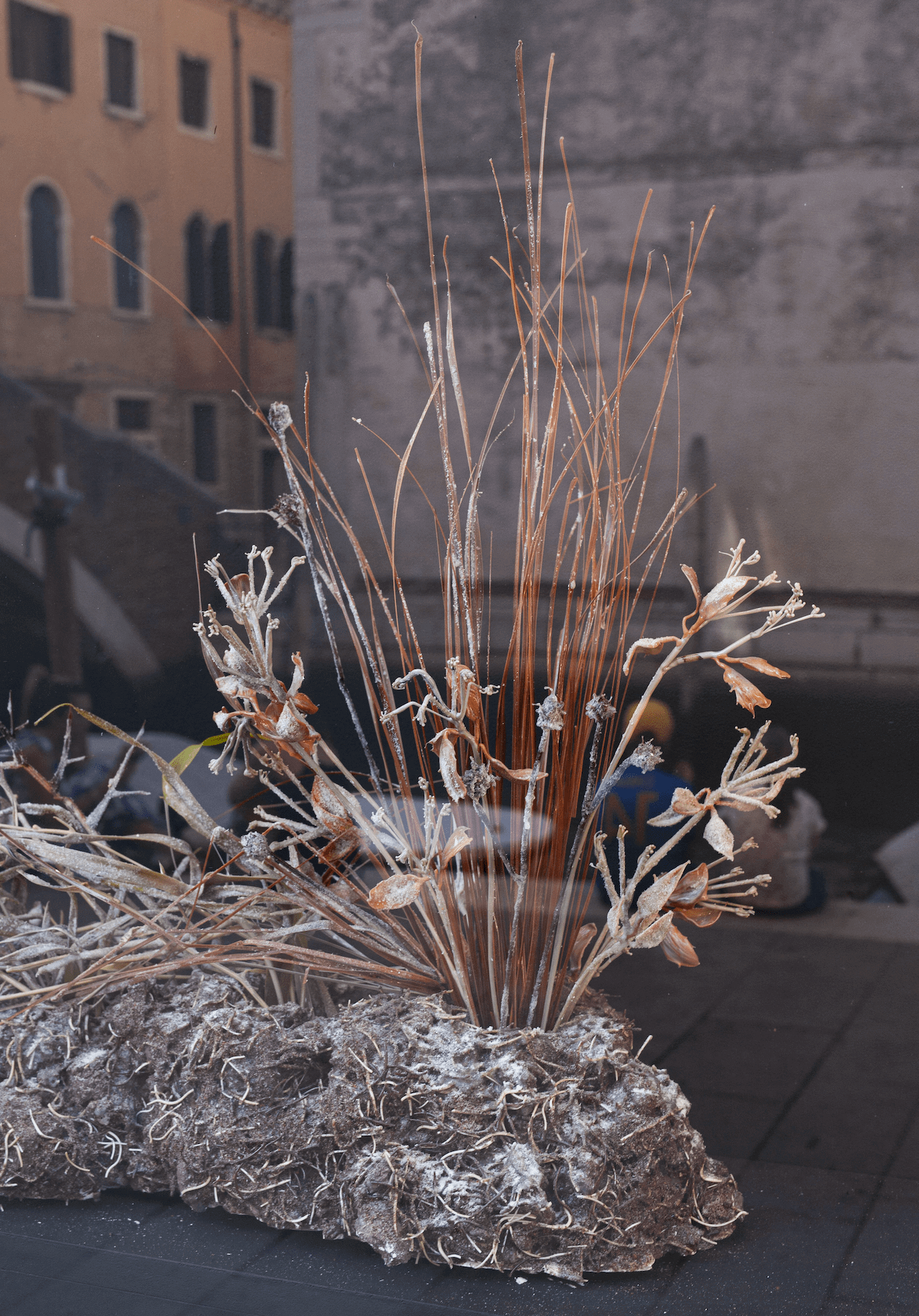