Shipwreck Crime is a photographic project by Italo Rondinella.

On May 30, 2020 the project will be exhibited for the first time in Venice, under the patronage of the United Nations High Commissioner for Refugees (UNHCR), UNICEF Italia, Regione Veneto, Comune di Venezia, Ca’ Foscari University of Venice (Department of Asian and North African Studies) and Ateneo Veneto. Hosted in the ancient Salt Warehouses, made available by the Reale Società Canottieri Bucintoro 1882.

This exhibition strives towards the restoration of dignity to migrants and their belongings, through an iconographic catalogue of anonymous memories. The images portray castaway objects found on the stretch of coast between Babakale and Ayvalık (Turkey), where seaside resorts alternate with empty segments of coast. The personal objects, belonging to those who have attempted to cross the short stretch of sea separating the Turkish coast from the Greek island of Lesvos, will also be showcased. Throughout the exhibition visitors will hear the original audio that reproduces the sound of the waves on the shore and the voices of the holiday makers recorded during the period in which the objects were photographed and collected.

Why and how did you decide to embark on this project?

As a photojournalist who lives and works in a border country like Turkey, I have been dealing with issues related to migrations and refugees for some time. This is therefore one of my major topics of interest. However, I can say that this project is different, I wanted to deal with the issue of shipwrecks in the Mediterranean Sea from a more emotional and personal point of view. Shipwreck Crime is not a journalistic work on the migratory phenomenon but a project on deep emotions. It all started with the initial intention of drawing up an iconographic catalogue of the traces left by people who attempted to cross the stretch of sea that separates the Turkish coast from the Greek island of Lesvos, in order to reach European territory. Many of them had to leave their belongings on the beach before leaving; many other items were brought back from the sea following the shipwrecks. The sight of all these personal effects abandoned on the shore as waste, gave me the thought that it was right and necessary to restore their dignity and that photographing them was not enough in order to reach such aim. So I collected them.

How do you perceive this coexistence of two parallel worlds on the same beaches: the holiday dimension juxtaposed with the traces of shipwrecks?

This image is one of the main keys to the project. It is emblematic. It told me about the distance between us (myself) and them. More generally, between ourselves and the perception of the pain of others and it made me reflect on the reasons for this distance. The main reason, in my opinion, lies in an aseptic narrative that describes (for better or for worse) the human story of migrants as a phenomenon. Not a human story that touches me – because it could have happened to me – but a phenomenon (dramatic or epoch-making) that will never happen to me. 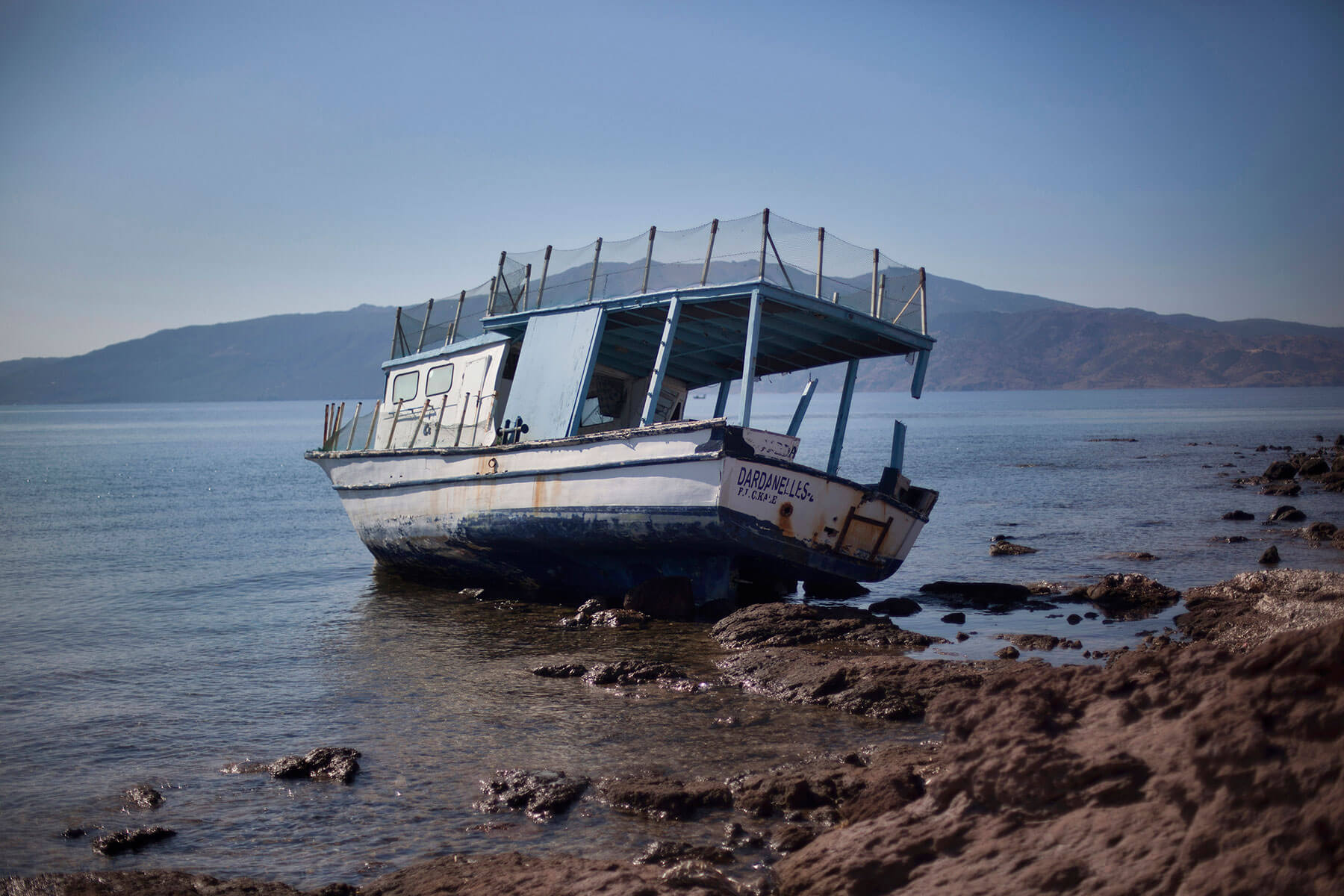 You are showcasing 44 images alongside 44 objects. Is there a reason for this specific number?

When I decided to collect the objects, I had already started the photographic work. So I went back to the place and looked for the objects I remembered having photographed. I collected them and took away with me, to Istanbul, those that I could. There is no specific reason in the number 44.

I believe that this exhibition could alter people’s perception, helping them recover their deep emotions. Do you also feel that “empathy” is greatly absent in today’s migration discourse?

I think so. There is little empathy in the public discourse on immigration. I believe there is little empathy in general, in public discourse and in the private one as well. I perceive a widespread social fear that closes rather than open: doors, ports, hearts, minds … Having said that, I don’t want – and cannot – lose hope that what doesn’t work can improve. Empathy is not something magic, it is a quality within everyone’s reach. 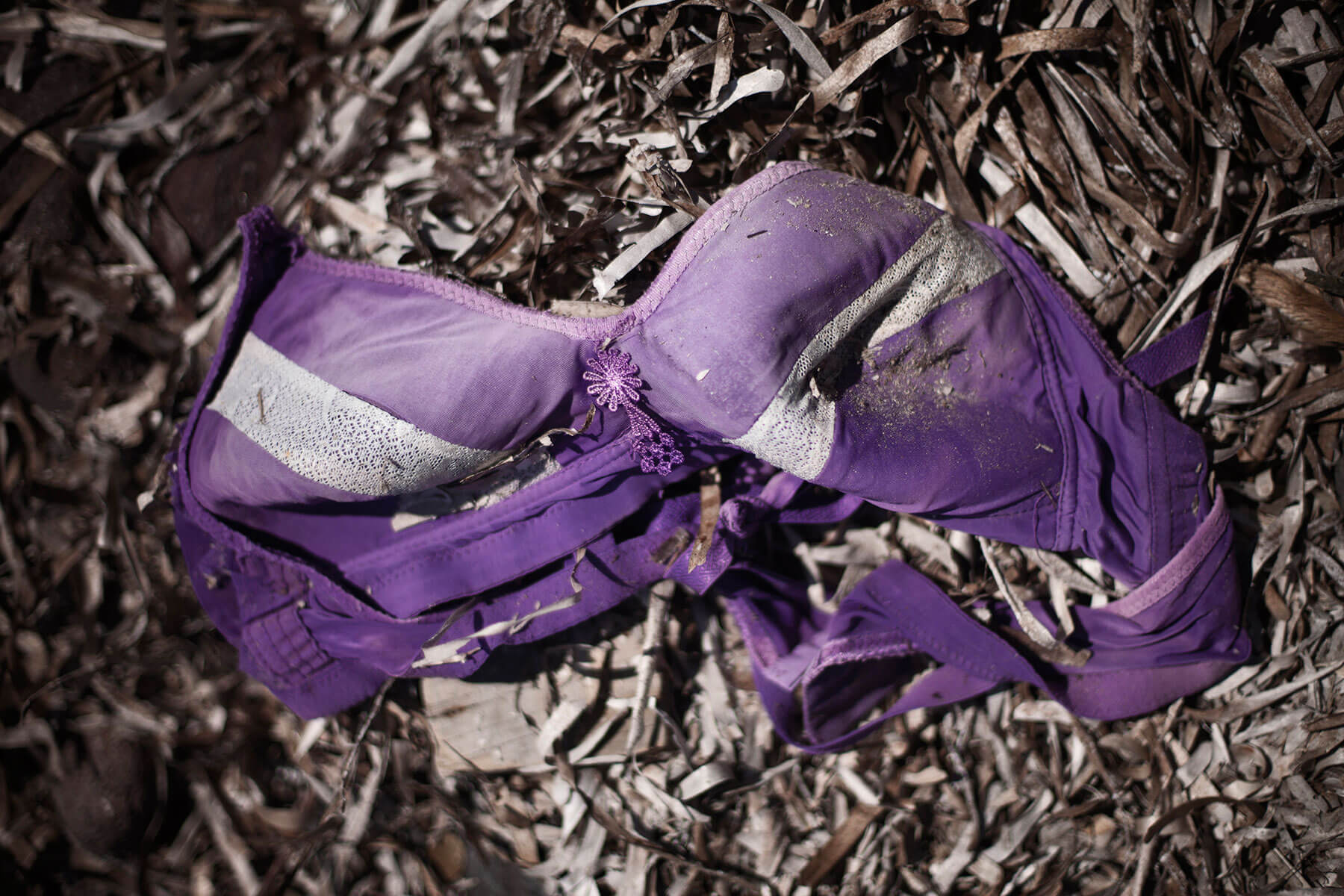