Shezad, a lot has happened in the world since you last spoke to My Art Guides (September 2018) and indeed since you completed your residency at Fogo Island (summer 2019). How have recent world events and catastrophe affected your practice and day-to-day working life?

Well I was actually supposed to be back on Fogo in summer 2020 to do the show that’s on now. And my Leviathan project that involves a number of films distributed globally in geographic terms, and looks at the intersections of a lot of the current issues we’re facing like decolonising approaches to the problem of climate catastrophe, initially ground to a halt, before we  imagined new ways of working such as remote directing and collaborative film-making. So like a lot of artists projects have been postponed or delayed, and not catching up with friends has been difficult. But I have been able to rethink and reduce my travel and hence my carbon footprint. I’ve also had a lot more time with family, and space to reflect and work without so many looming deadlines which has I think taken the work somewhere deeper. 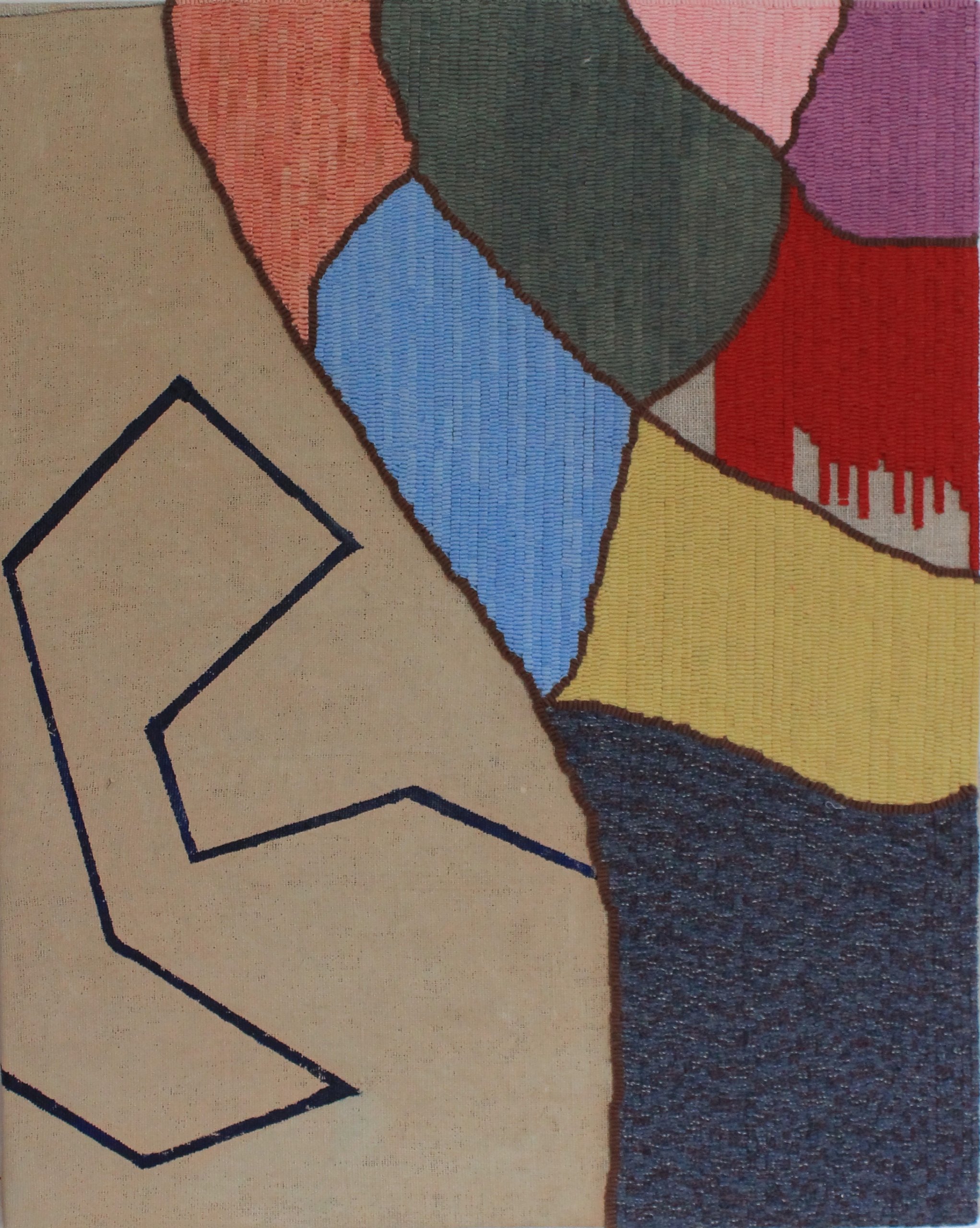 We featured Fogo Island as a case study in the publication Our Ocean Guide (2017), looking at its unique revival in the wake of the collapse of the Atlantic Northwest cod fishing industry in the early 1990s. Could you tell us your experiences there?

Absolutely magical. I really cannot imagine somewhere more welcoming and more ruggedly beautiful – everything I love. My very first day on island was spent with Ferg Foley, who as a retired fisheries inspector was able to give me a very thorough history of the cod moratorium and its aftermath. I’ve also spent time with fishermen and women on the island, both active and retired, who were kind enough to share their stories and family histories with me. And who pulled me into the social histories surrounding net-making on the island, which became such a point of inspiration. 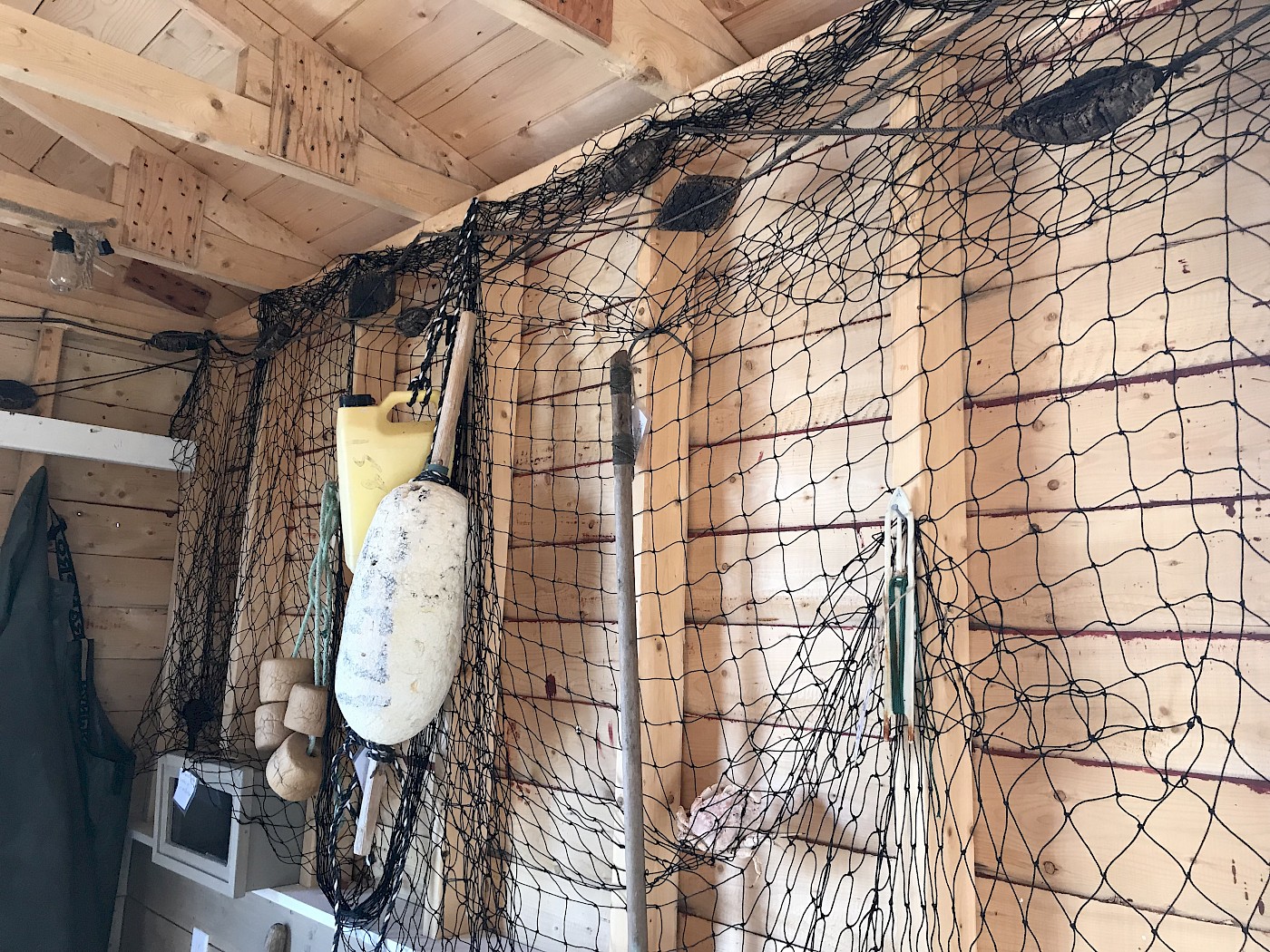 Several of the artworks on display in the exhibition Between Land & Sea relate to local craft traditions. How did you build a relationship with the people you met on the island and the artworks you created?

Lillian Dwyer and her husband Clem became such good friends – I still use Clem’s prize-winning recipe for blueberry muffins when baking for my kids. Lillian and I got on like a house on fire from when we first met, and through her and Iris from Fogo Island Arts I met Sheila (Payne) and Margaret Freeke, who would all come to work with me, and share and explain their specific practices. They’re all very direct and full of good humour, and I think give short shrift to time-wasters, so it was really around sharing textile histories that we bonded. The works really came out of a dialogue with the three of them, and wouldn’t be the same without their input. 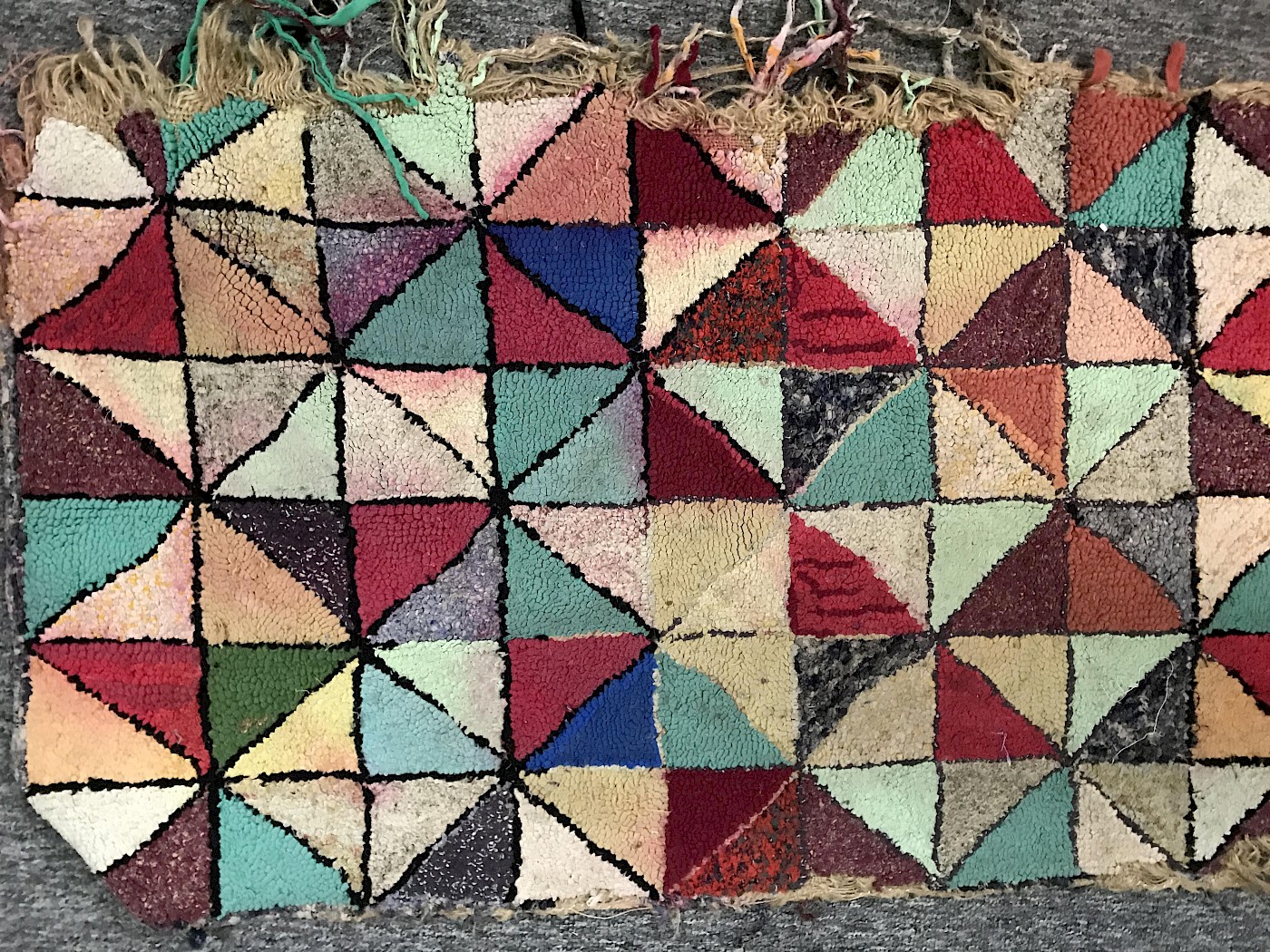 I would be interested to hear more about the dramatic and changeable landscape of Fogo Island. It is clearly a very special place and despite its remoteness, on the forefront of research and ideas in the fight against climate change.  How has it influenced the development of your epic film series, the Leviathan Cycle?

Well Episode 5 of the Leviathan Cycle is part of the exhibition, and was actually co-commissioned by a Canadian partnership of Fogo Island Arts, the Toronto Biennial and MOCA, Toronto, as well as the Dutch institution: A Tale of a Tub. Parts of the film were shot on Fogo, and also include archive material from the iconic 1960s community film-making project: The Fogo Process. With my whole Leviathan project (which looks at the interconnections between human and marine ecologies) which is informed by various oceanographers, environmentalists, and activists as well as numerous other disciplines (www.leviathan-cycle.com), we hadn’t till this point really focused on where social and vernacular histories meet the more scientific and academic side of things. So we will have a whole talks programme as part of the show, to explore some of these narratives and those who really informed my thinking and research on Fogo. 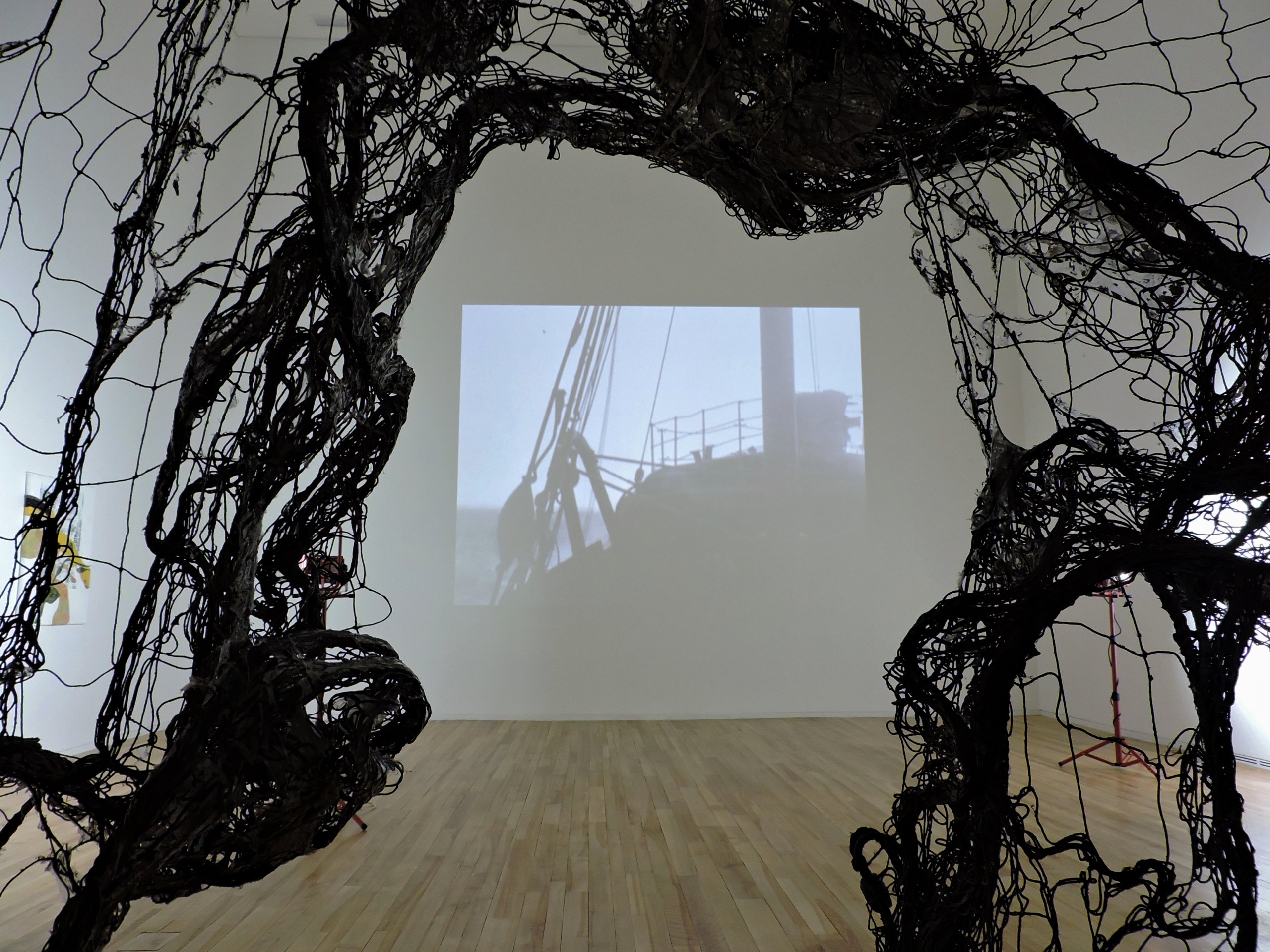 It may be that some of our readers are lucky enough to travel to Fogo Island, can you tell us the unmissable spots to visit, the best places to eat, to relax and get a feel for island life?

If you’re there in Summer and it’s a warm sunny day, find the nearest lake and jump in. And take a small boat out to Little Fogo Island, a formerly inhabited diminutive neighbouring island where the Shorefast Foundation has restored and maintains the little chapel. One side of Little Fogo is also a puffin colony in Summer, and let me tell you there’s nothing like hundreds of puffins flying past while you’re in that boat! In terms of food, Scoff in Joe Batt’s Arm is very good, BangBelly has the best coffee on island, and I always love the fish and chips at the Cod Jigger Diner – you can’t go wrong with that. 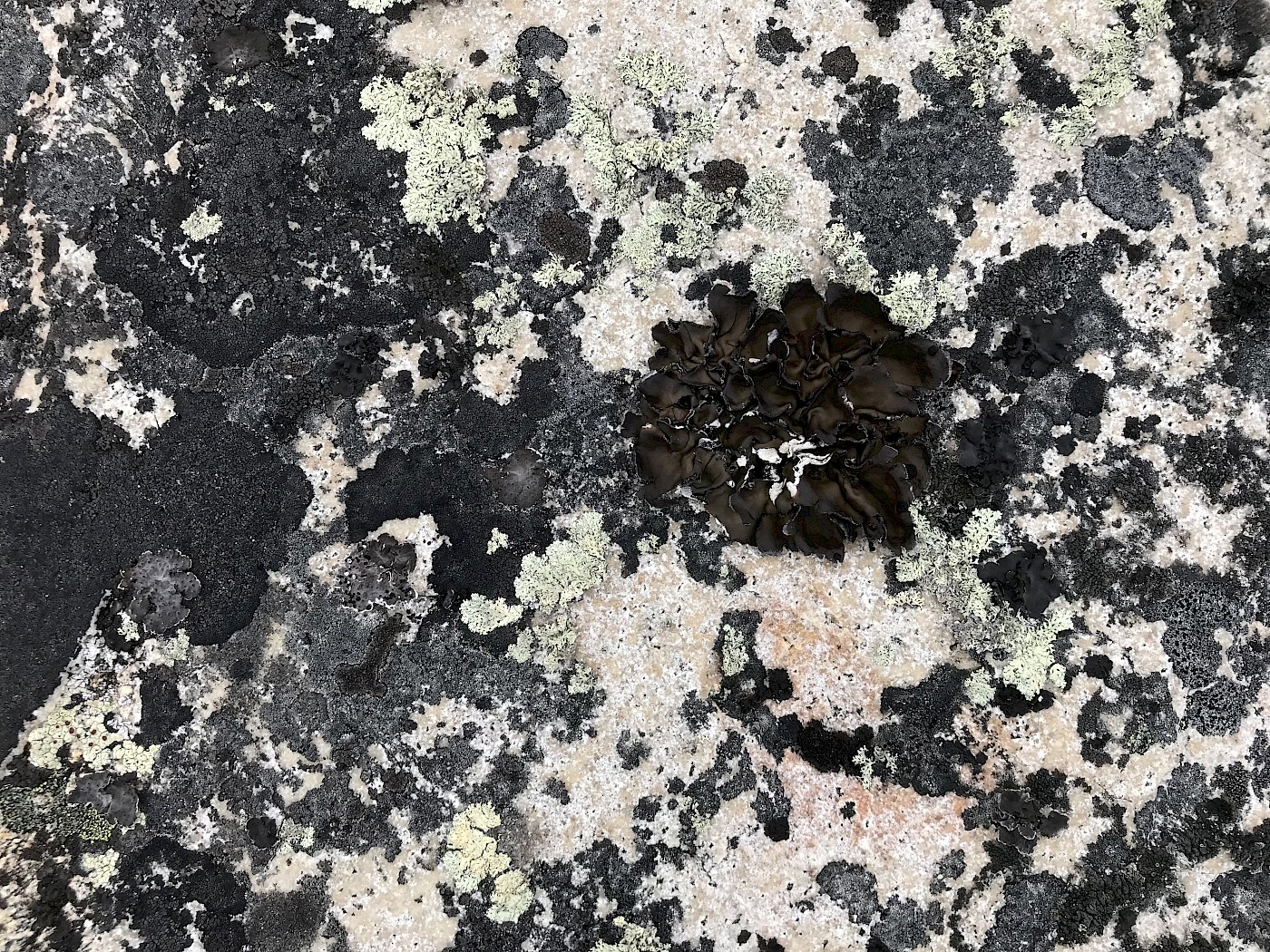 In one sentence can you tell us, what is between Land and Sea?

I guess it’s the littoral zone along the coast that is neither one thing or another and where the practical hard work of coastal fisheries meets the geology of deep time and the water and the horizon become one, where one world becomes another, and there might just be a whale or an iceberg around the corner…

I’m working on a major new commission for St Pancras, where I’ll be the 8th artist to be selected for the Terrace Wires public commission, doing my best to follow in the footsteps of Tracey Emin. 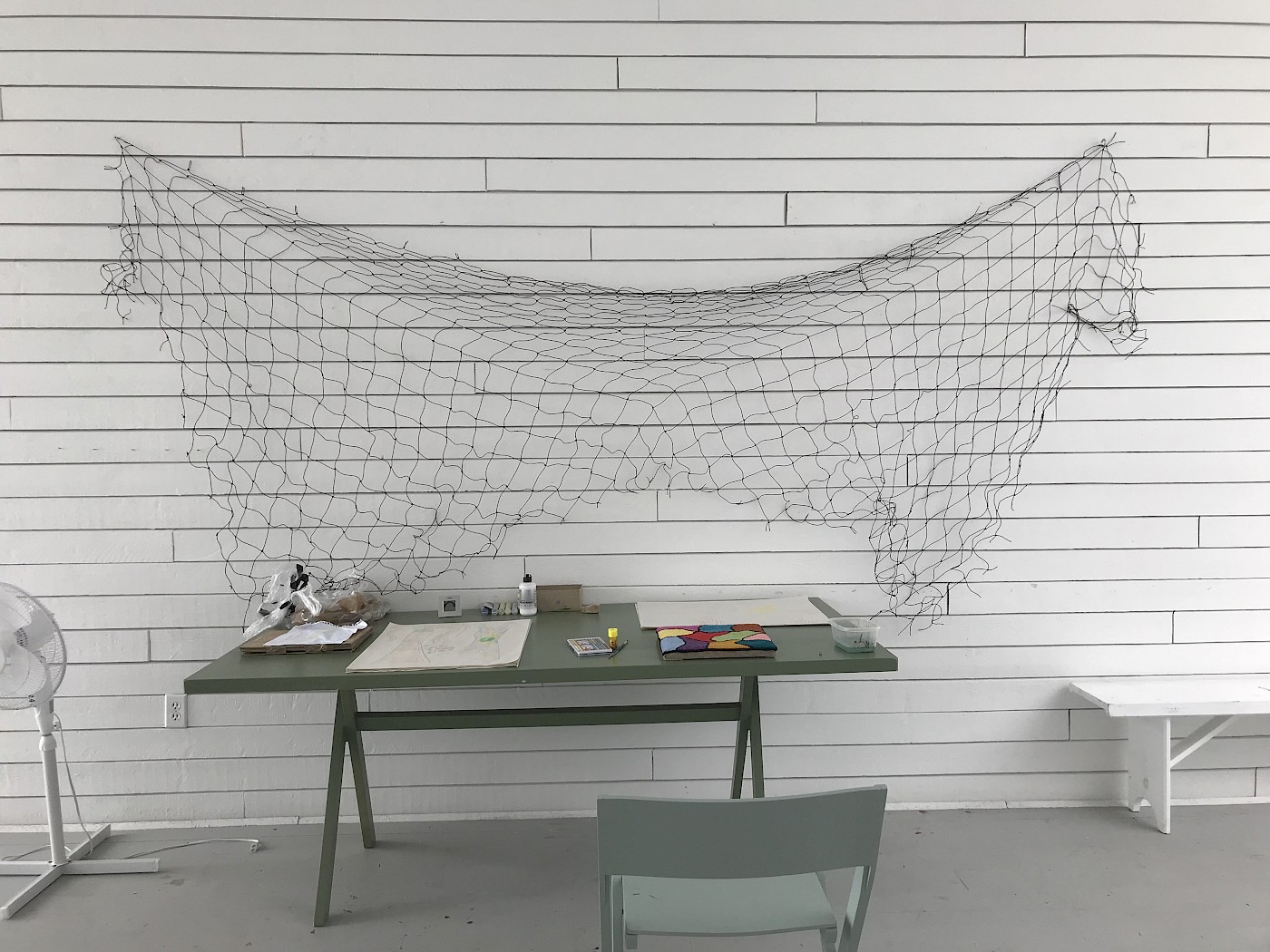