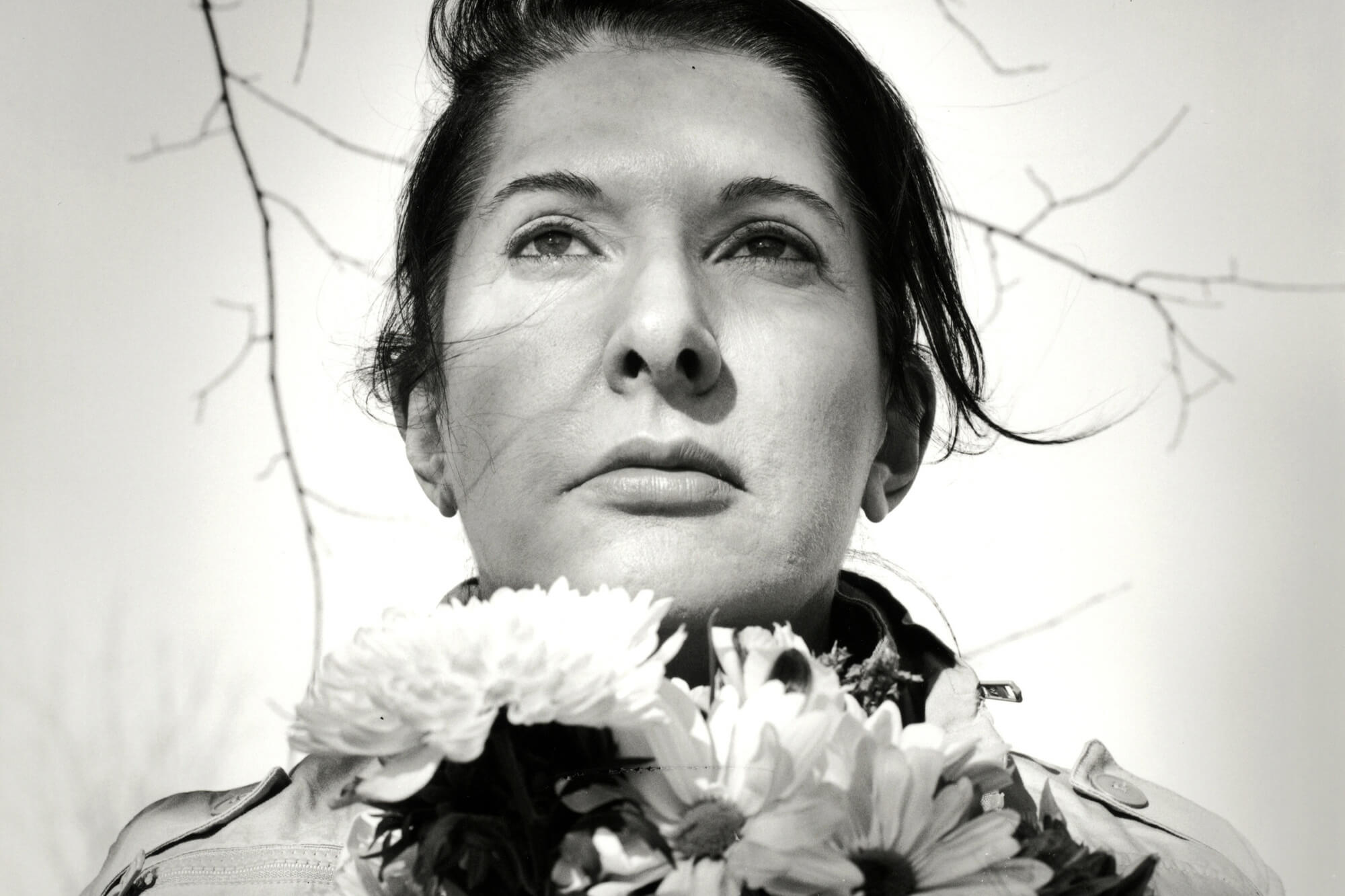 A pioneer of performance as a visual art form, Abramović has used her body as both subject and medium of her performances to test her physical, mental, and emotional limits—often pushing beyond them and even risking her life—in a quest for heightened consciousness, transcendence, and self-transformation. Characterized by endurance and pain—and by repetitive behavior, actions of long duration, and intense public interactions and energy dialogues—her work has engaged, fascinated, and sometimes repelled live audiences. The universal themes of life and death are recurring motifs, often enhanced by the use of symbolic visual elements or props such as crystals, bones, knives, tables, and pentagrams. While the sources of some works lie in her personal history (the circumstances of her childhood and family life under Communist rule in the former Yugoslavia), others lie in more recent and contemporary events, such as the wars in her homeland and other parts of the world.
Marina Abramović attended the Academy of Fine Arts in Belgrade (1965–70) and the Academy of Fine Arts in Zagreb, Yugoslavia (1970–72). She received an honorary doctorate from the Art Institute of Chicago (2004). She has also received many other honors, including a Golden Lion at the 47th Venice Biennale (1997); a Bessie (2003); and awards from the International Association of Art Critics (2003, 2007). Abramović has had major exhibitions and performances at the Garage Art Center, Moscow (2011); Manchester International Festival (2011); Museum of Modern Art, New York (2010); Solomon R. Guggenheim Museum (2005); Whitney Biennial (2004); Hirshhorn Museum and Sculpture Garden (2001); Irish Museum of Modern Art (2001); Documenta (1977, 1982, 1992); and the Venice Biennale (1976, 1997, 2009). Marina Abramović lives and works in New York City.