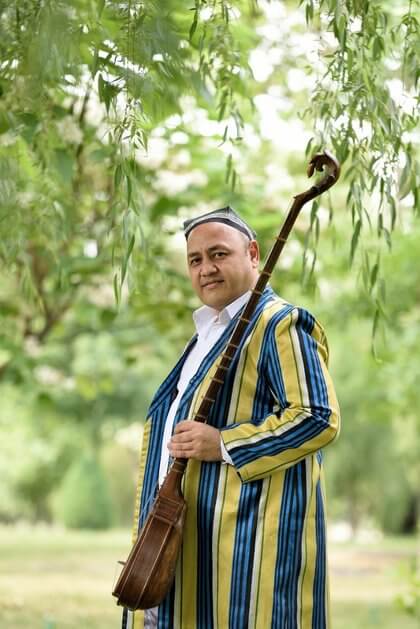 In 2022 he participates in the Uzbekistan Pavilion at the 59th Venice Biennale.