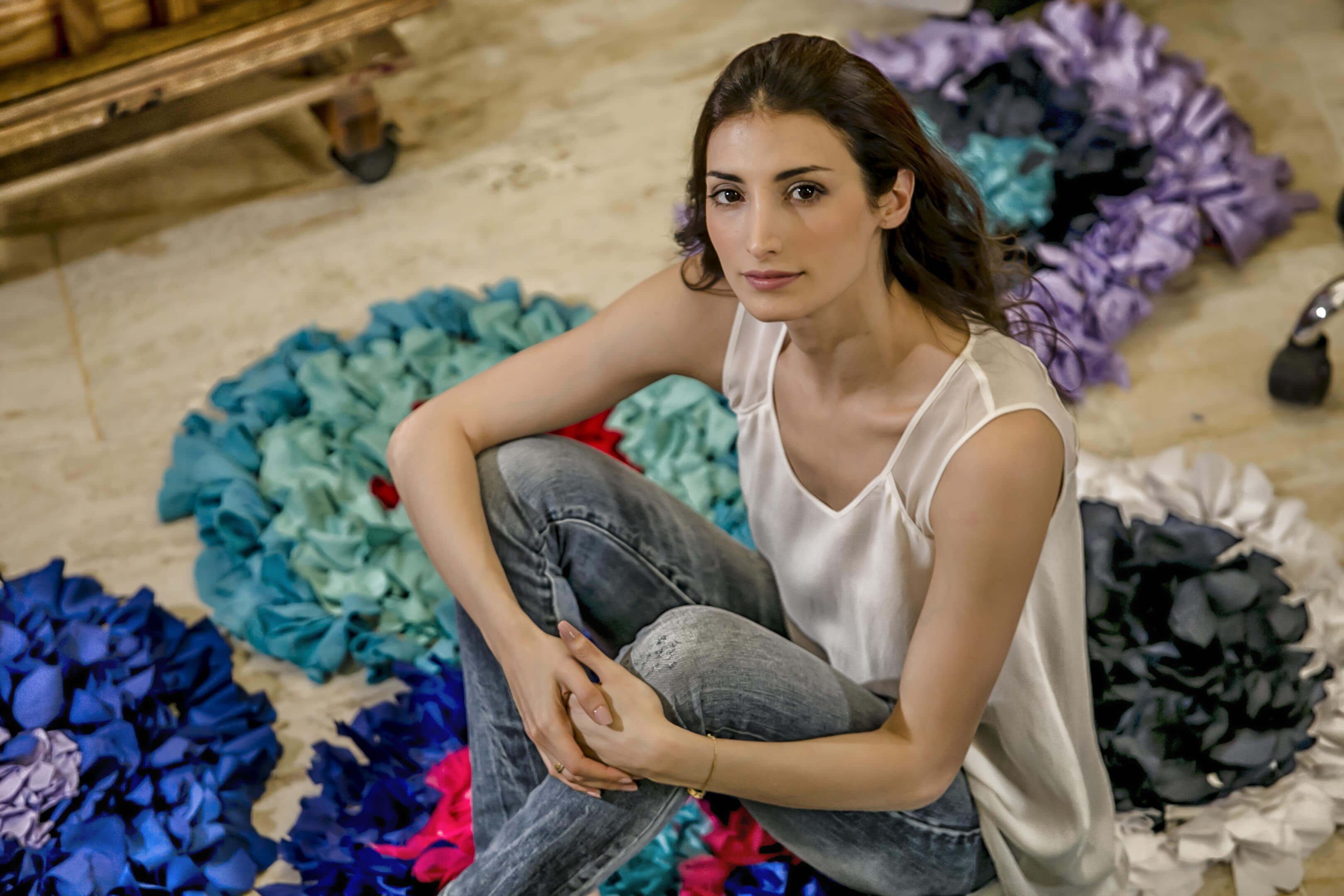 Soraya was born on August 23, 1985 in Melbourne, Florida to a Palestinian father and a mother of Lebanese descent born in the Dominican Republic. She spent her childhood life in Santo Domingo . Starting at the age of 8 years old, she began taking drawing and art classes. When she was 16, she spent the summer in Paris spending most of her time in museums and attending Parsons University for intensive drawing classes. Searching for more areas in which to develop her creativity, she took more drawing, painting and art history classes as well as introduction to fashion design courses at the Altos de Chavón School in Santo Domingo. She took an advanced drawing course focusing on the human anatomy in the Altos de Chavón School in Romana in 2006.
Ms. Naba’a moved to Paris at 18 and began hers studies of French language and French civilization for a year. The following semester she entered the Paris American Academy for 3 years, having earned a Bachelor of Fine Arts degree. In her graduation day she presented her first solo exhibit, Genetikos, in 2007. She immersed herself in a biological world and explored an untamed scene by the recurrent presence of lines, circles and amorphous shapes. Her work will be at first glance an intrusion to an inner imaginary composition of cells, growth, constant change and disparity. It would seem each piece can continue on its own through the degradation of colors. It would de a style she will explore and transmember moving from a white background to an intrinsic world, where the painted elements will no longer be floating but integrated into another mystical world . The following year, she attended a sculpture course in the Accademia di Arti, in Florence, Italy.
Since 2009 she has been working between Santo Domingo and Miami. Traveling has had a huge impact in her visual language. Moving from purely abstract works with more psychological purpose where the human figures takes precedence. Meeting people form different countries and her own, ignited an interest in their life stories. She began painting family and friends in large scale canvas, becoming witness to their lives. Using photography and sketches to intercept the moment she wants to depict. She creates the scene in her studio with the model or from captions from her travels. She invites the viewer to embark with her on a journey to discover the subject’s emotions through an intrinsic game of color, circles, lines, grids and amorphous shapes. The canvas becomes their playground of interactions, these organisms that seem alive, moving across, or merely floating, engaging in a constant communications, a direct link to her recent artwork series about migration and displacement.
During the summer of 2014, she attended an Intensive Painting Course in Columbia University in New York, during her stay in Manhattan she continued to explore the crossroads of abstract elements and figures.
In a few years she has had over forty exhibits including collectives and solo exhibits in cities like Santo Domingo, Miami, Paris, Trinidad & Tobago, San Juan, Shanghai, and Amman. Her art works are found in private collections around the world in cities like Ft Lauderdale, Miami, Santo Domingo, Istanbul, Amman, Lutry, Toronto, among others. She has appeared in numerous magazines and newspapers, nationally and internationally.