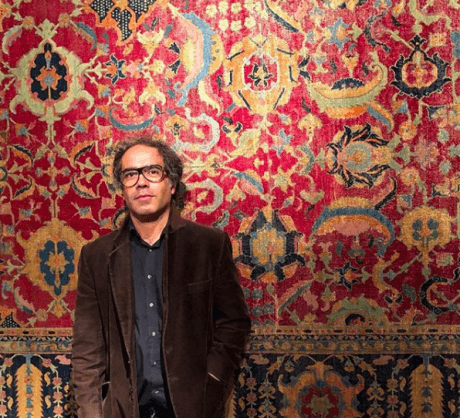 Farhad Ahrarnia was born in 1971 in Shiraz, Iran and graduated in Experimental and Documentary Film Theory and Practice from the Northern Media School, Sheffield Hallam University, England (1992-1997). He has lived in Sheffield ever since.
Recent solo shows include “Stage on Fire” and “Canary in a Coal Mine” both at Rose Issa Projects, London (2014) and (2012); “Stitched” with Rose Issa Projects at Leighton House Museum, London (2008); and “Home” at Bessie Sertees House, Newcastle-upon-Tyne and Shipley Art Gallery, Gateshead (both 2004-05).