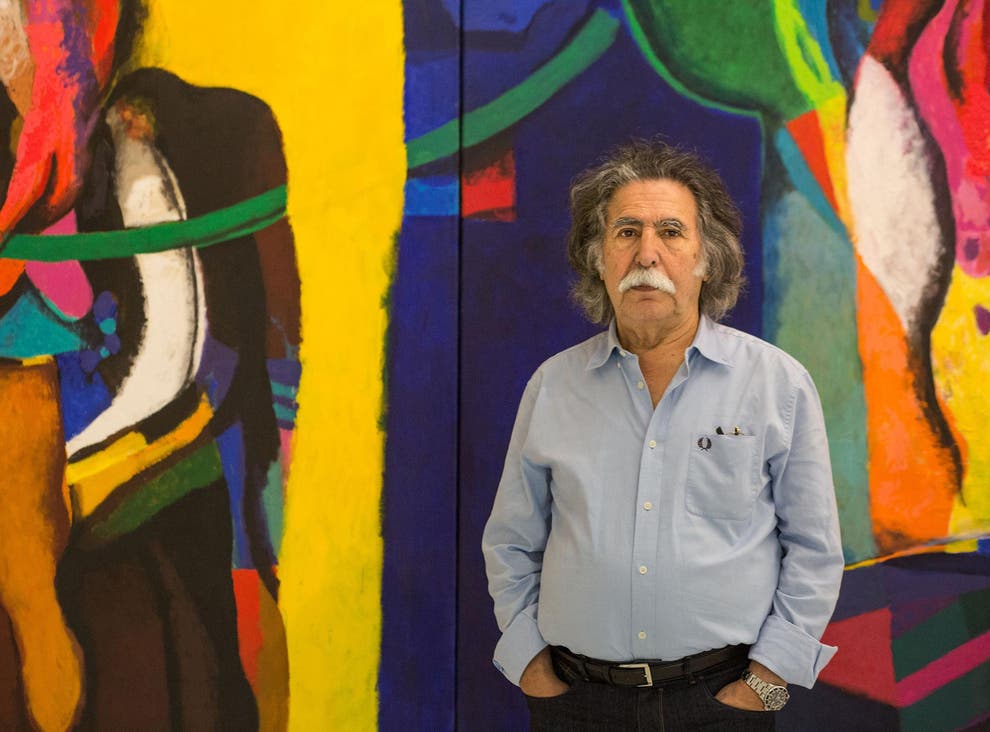 Dia Azzawi graduated with a degree in archaeology from the Baghdad University in 1962, and a degree in Fine Art from the Institute of Fine Arts, Baghdad in 1964. In 1969, he formed the art group New Vision with some of his contemporaries. He later joined the One Dimension group, created by Shakir Hassan al-Said, but remained closely connected to New Visions until 1972.

He has exhibited extensively in the Middle East, North Africa, the United States, India, Brazil, and Europe, including a retrospective exhibition at the Institute of the Arab World, Paris in 2002. He has received several awards, among them first prizes at the International Summer Academy, Salzburg, Austria in 1975, and at the First Arab Contemporary Art Exhibition, Tunis in 1981. He also won the Jury Prize at the International Cairo Biennial in 1992. Azzawi moved to London in 1976, where he worked as an art consultant at the Iraqi Cultural Centre between 1977 and 1980.

A prominent artist of the Iraq school, Azzawi also plays an important role in the promotion of Iraqi and Arab art to wider audiences through numerous exhibitions of his contemporaries work, and in authoring publications. Azzawi has been an exile from Iraq for over 30 years, and he currently lives and works in London.

Azzawi’s work includes paintings, sculptures, prints, drawings, and books in which visual art interacts with prose and poetry. Azzawi’s artwork is noted for its lack of a particular cultural style. Despite the Arabic and Western influences in his life, his art is non-reducible in this way. His painting can be said to be loosely based on pre-Islamic styles, but are not preoccupied by this. His art crosses geographical and cultural boundaries, providing an aesthetic that is potentially universal. Azzawi’s work intends to be joyous in dealing with life in all its aspects. His cross-cultural approach forges an Arab identity that can be understood and linked to the West instead of highlighting the differences.

Exhibitions
When Images Speak: Highlights from the Dubai Collection
An exhibition curated by Dr Nada Shabout which presents a selection of modern and contemporary art from across the Middle Eastern region.
06 Nov 2021 - 06 May 2022
Etihad Museum
Dubai, Sharjah, Abu Dhabi