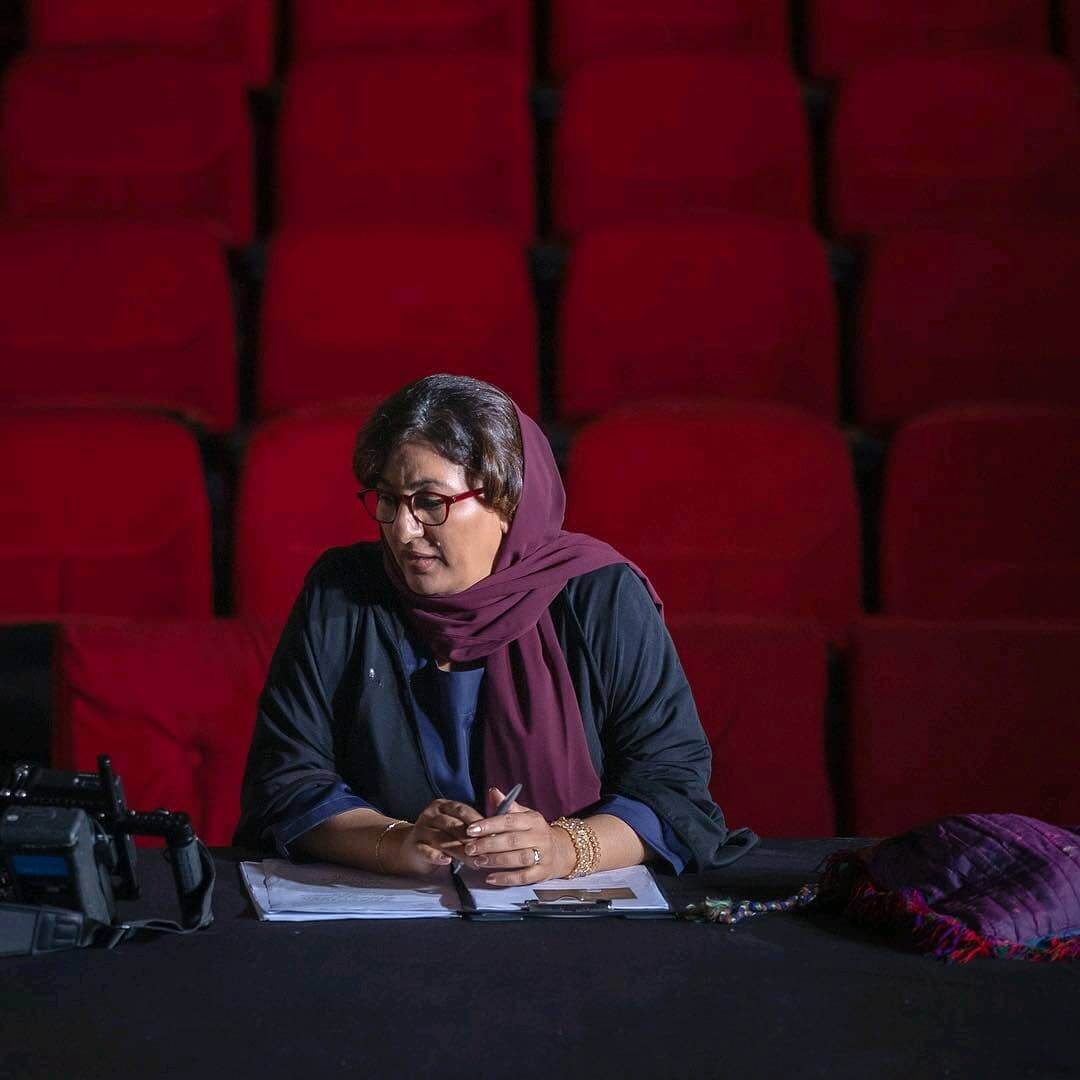 Nujoom Alghanem is an award-winning poet, filmmaker, and artist from the UAE. She has directed and produced several short art and fiction films in addition to feature documentaries. She is also a film, media and cultural consultant to educational and professional institutes and organizations in the UAE. Her work was previously featured at the National Pavilion UAE in the 2017 group exhibition ‘Rock, Paper, Scissors: Positions in Play’. Some of her recent films were Sharp Tools (2017) which won around ten regional and International awards, Honey, Rain and Dust (2016), Nearby Sky (2014), which won Best Non-Fiction Prize in the Muhr Feature Competition at the Dubai International Film Festival (DIFF) and Best Documentary from GCC Film Festival, 2016, Abu Dhabi, Sound of the Sea (2014), which was awarded a Special Jury Prize at the Alexandria Mediterranean Countries Film Festival and Amal (2011), which won several awards including a Special Jury Prize from the Beirut International Film Festival. In addition, some of Alghanem’s other documentary films include Hamama (2010), Between Two Banks (1999), and Al Mureed (2008), winner of the Best Documentary in the Gulf from the Abu Dhabi Film Festival. Also a poet, Alghanem has written eight poetry collections including Asqoto Fi Nafsi [I Fall Into Myself] (2012), Layloun Thakilon Alla Allayle [Heavy Night on the Night] (2010), Malaikat Al-Ashwaaq Al-Baeeda [Angels of Distant Longing] (2008), La Wasf Lima Ana Feeh [No Describing What I Am In] (2005), Manazel Al–Jilnaar [Homes of Pomegranate Blossoms] (2000), Rawahel [Journeyings] (1996), Al–Jarair [The Sins] (1991), and Masaa Al–Janah [Evening of Heaven] (1989). She earned a Master’s degree in Film Production from Griffith University School of Film in Australia, and a Bachelor’s degree in Video Production from Ohio University, USA.