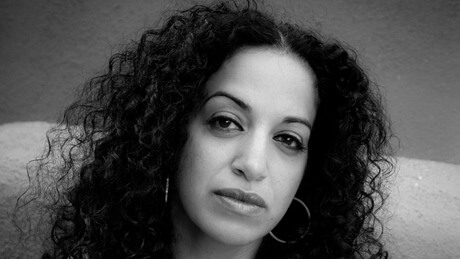 Sama Alshaibi’s multi-media artworks disinters negotiations in spaces of conflict: the causation and aftermath of war and exile, the clashes between nation and citizenry, the vexatious dynamics of humans competing for land, resources and power, and finally, one’s own internal battle for control through fear and fearlessness. Although she frequently uses her own body, Alshaibi is rarely representing herself directly. The body situates itself in allegorical contexts, trapped in time and space. The body juxtaposed with symbol, backdrop and gesture, constructs contexts of her physicality. The body as evolving metaphor. The body as site. The absence of her body in her artwork is still the context of the body absent.
Alshaibi has had over ten international solo exhibitions and her artworks are widely exhibited in prominent international biennials, film festivals, museums/institutions, galleries and fairs, including the 55th Venice Biennial, 2014 FotoFest International Biennial (Houston), Honolulu Biennial 2014 (Hawaii), MoMA (NYC), Edge of Arabia (London), Arab World Institute (Paris), Headlands Center for the Arts (San Francisco), The Bronx Museum (NYC), Paris Photo (Paris) and Museum of Contemporary Art (Denver). Aperture Foundation will publish her first monograph, “Sama Alshaibi: Sand Rushes In”; it will be released in March of 2015 in conjunction with her first solo exhibition with Ayyam Gallery in London. Her art residencies include Darat al Funun (Amman), A.M. Qattan Foundation (Ramallah) and Lightwork (NY). Alshaibi was awarded two national teaching awards and granted the title of ‘University of Arizona’s 1885 Distinguished Scholar’. She has been awarded the 2014-2015 Fulbright Scholars Fellowship to the West Bank, Palestine. She is currently Chair and Associate Professor of Photography and Video Art, University of Arizona, where she has taught since 2006. Alshaibi is exclusively represented by Ayyam Gallery.