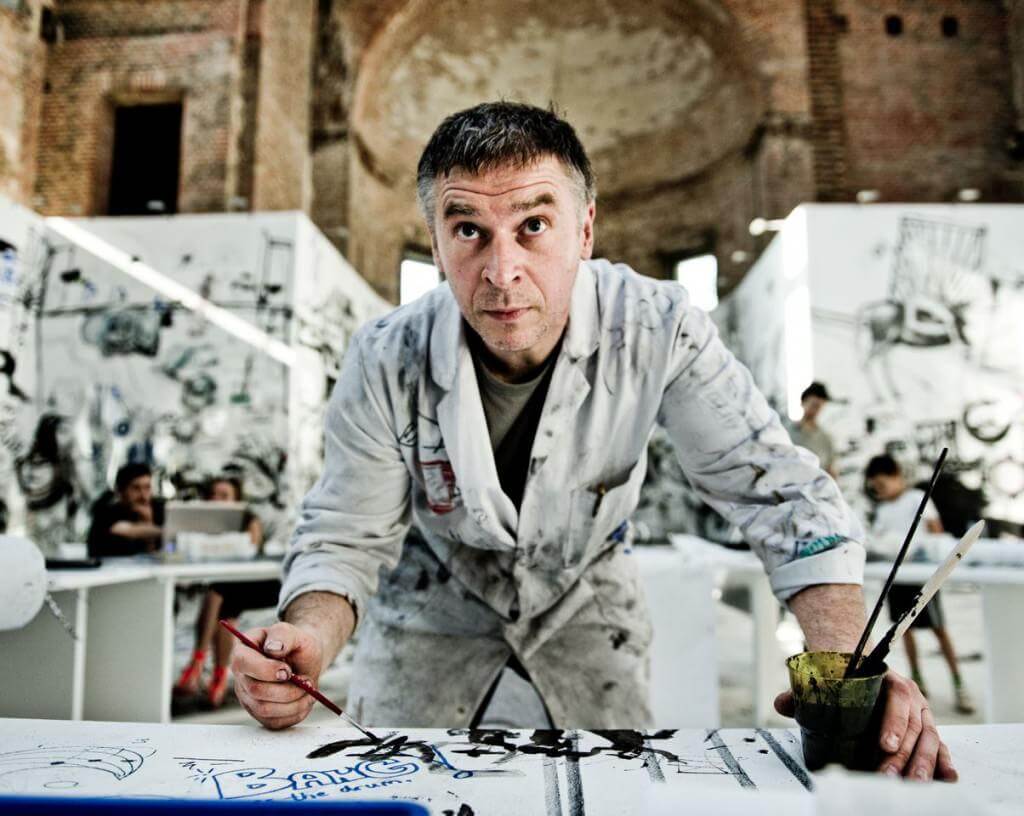 In his art Polish artist Pawel Althamer combines the visual experience with suggestive socially-minded messages. His artistic practice is based on a participative approach to art, founded on the belief that art can impart change. Since Althamer’s focus is on the communicative and community-forming power of art, some of his works leave hardly any material trace, based on the live sculptural and performative traditions.
He studied at the Warsaw Academy of Fine Arts between 1988-1993, earning a degree in sculpture under Prof Grzegorz Kowalski. In 1991, he began exhibiting his works, along with colleagues from the Kowalski studio, including Katarzyna Kozyra, Jacek Markiewicz and Jacek Adamas. He was a co-founder of the Kowalnia (“Smithy”) group, a leading collective of young Polish artists in the 1990s. In 2004, Althamer received the prestigious Vincent Van Gogh Biannual Award, founded by the Broere Charitable Foundation of the Netherlands.