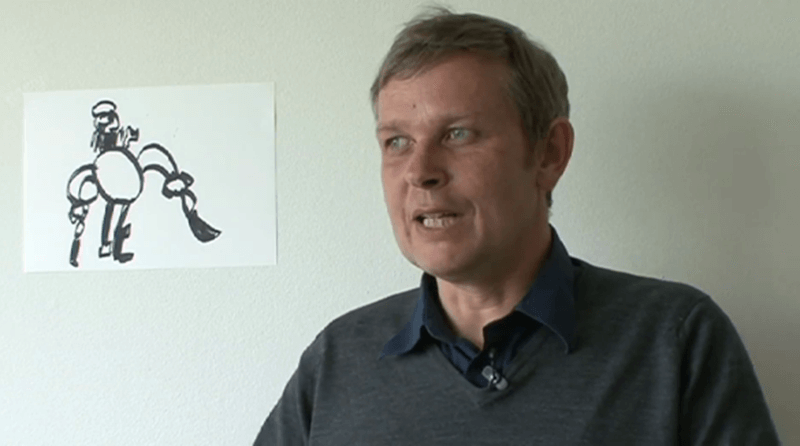 Søren Andreasen is a visual artist and writer based in Copenhagen.
He often makes drawings, etchings and works using a range of printing techniques. He has published several books and written a series of pamphlets. The combination of abstract images and texts about art, its politics and relationship with everyday social situations plays a vital role in his work. He is less interested in conveying immediate meaning through works of art than in the way art affects the way we think and behave.
His exhibitions include ONTOTECH, Center for Contemporary Art (Århus, 2009) and Collection Mabuse, Overgaden (Copenhagen, 2011). He has worked as a curator on exhibitions like Fantom, Charlottenborg (Copenhagen, 2006) and The Soft Shields of Pleasure, Den Frie (Copenhagen, 2008). His writings include a self-published series of pamphlets and essays on art published in various magazines. Together with Lars Bang Larsen, he writes about mediation and art, for example in Manifesta Journal 12 (2011) and the anthology Curating Subjects (2007). He was a professor at The Jutland Art Academy from 2004 to 2010.