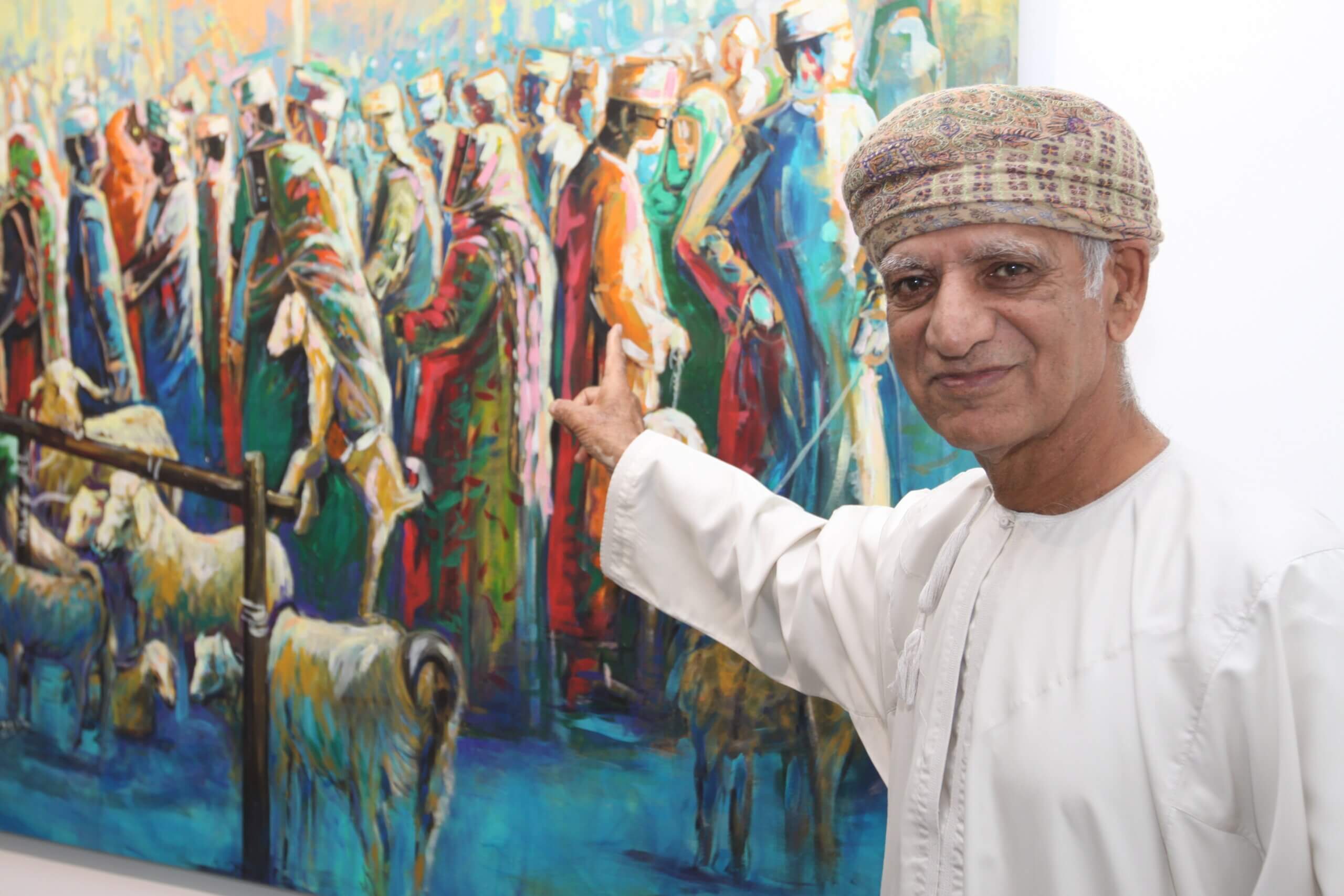 Anwar SonyaImage, portrait. Courtesy of the National Pavilion of the Sultanate of Oman.

Anwar Sonya has been a pioneer of modern Omani art since the 1970’s. He was one of the founders of the Youth Studio, an important teaching institution for many Omani artists. Primarily inspired by Omani heritage, he depicts Oman’s landscape, Bedouin women, and a range of spiritual subjects through his contemporary vision. His driving force as an artist has been his country’s rich history and he is known for saying that “the past is important in building identity and shaping the future”. The iconic realism style in his art developed over the past six decades was inspired by the Omani landscape and some of the scenes of popular daily life in Oman. Anwar Sonya has won many awards in the Sultanate of Oman, including this year’s Gulf Co-operation Council (GCC) award for his regional contribution to the creative sector, His Majesty’s 1993 Award in the Civic Service and the award of Best Artist in the United Arab Emirates for his international participation. He created a range of experimental works with Circle Group – a ground-breaking media art collective established by Hassan Meer – and continues to paint his distinct portrayals of Omani landscapes and portraits. Most young Omani artists are influenced by his style and method of painting, making him the leading established artist in the Sultanate of Oman. Sonya has gained a reputation as a “Godfather” of modern art, both in Muscat and throughout the region. He has been incredibly supportive of local art movements and is deeply respected in neighbouring countries.