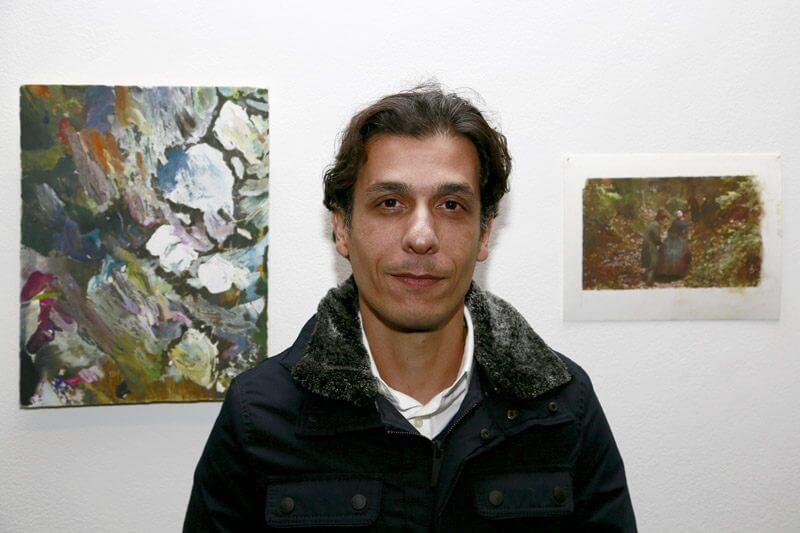 Since 1998 Araujo has been dedicated to artistic appropriations. He began by creating paintings which investigated the history of art by reproducing artists’ work found in books, catalogues and online. From 2004 he has engaged with architectural topics whilst keeping the same basic approach, focusing primarily on private residences built in the mid-twentieth century which exemplify Latin American Modernism; Oscar Niemeyer´s ‘Casa das Canoas’ (1953) in Rio de Janeiro, Lina Bo Bardi´s ‘Casa de Vidro’ (1951) in Sao Paulo, and the Luis Barragán house (1948) in Mexico City.
Through the symbiotic relationship between the paintings and the buildings he has observed, Araujo informs the way we think about architecture and Modernism in general. The works can be viewed as a personal reflection, but the opportunity for universal interpretation is equally strong; it is a stunning record of the artist’s determination to observe and question Modern life.