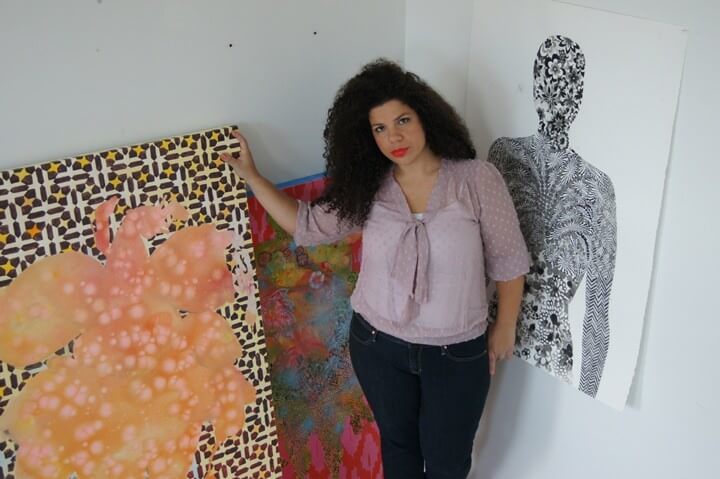 Firelei Baez makes large scale, intricate works on paper that are intrinsically indebted to a rigorous studio practice. Through a convergence of interest in anthropology, science fiction, black female subjectivity and women’s work; her art explores the humor and fantasy involved in self-making within diasporic societies, which have an ability to live with cultural ambiguities and use them to build psychological and even metaphysical defenses against cultural invasions.
She received a B.F.A. from The Cooper Union’s School of Art in 2004, participated in The Skowhegan School of Painting and Sculpture in 2008, and later received an M.F.A. from Hunter College in 2010. She has held residencies at The Lower Manhattan Cultural Council Workspace, The Lower East Side Print Shop and The Bronx Museum’s Artist in the Marketplace.
Baez’s work has been written about in The New York Times, The LA Times, Artforum, Art in America, New American Paintings, The Huffington Post and Studio Museum Magazine. Her work will be featured in the upcoming Phaidon drawing anthology Vitamin D2.
She was a recipient of the prestigious Joan Mitchell Painters and Sculptors Award as well as the Jaque and Natasha Gelman Award in Painting.