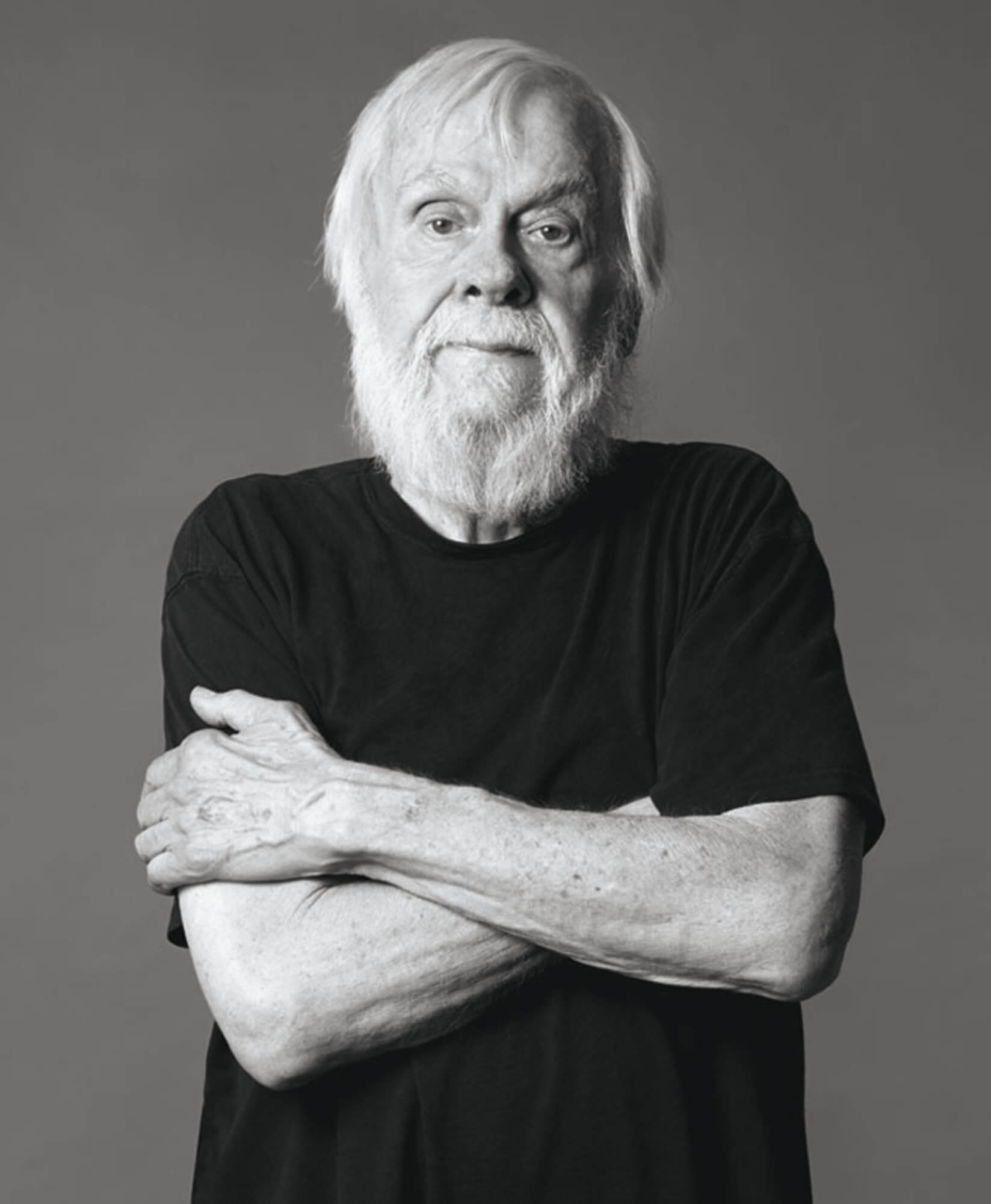 John Baldessari is renowned as a leading Californian Conceptual artist.
He attended San Diego State University and did post-graduate work at Otis Art Institute, Chouinard Art Institute and the University of California at Berkeley. He taught at the California Institute of the Arts in Valencia, CA from 1970 – 1988 and the University of California at Los Angeles from 1996 – 2007. Baldessari’s artwork has been featured in more than 200 solo exhibitions and in over 1000 group exhibitions in the U.S. and Europe. His projects include artist books, videos, films, billboards and public works. His awards and honors include the 2014 National Medal of Arts Award, an award from the International Print Center New York in 2016, memberships in the American Academy of Arts and Letters and in the American Academy of Arts and Sciences, the Americans for the Arts Lifetime Achievement Award, the Rolex Mentor and Protégé Arts Initiative, the BACA International 2008, the Golden Lion for Lifetime Achievement, awarded by La Biennale di Venezia and the City of Goslar Kaiserring in 2012. He has received honorary degrees from the National University of Ireland, San Diego State University, Otis Art Institute of Parsons School of Design, and California College of the Arts.