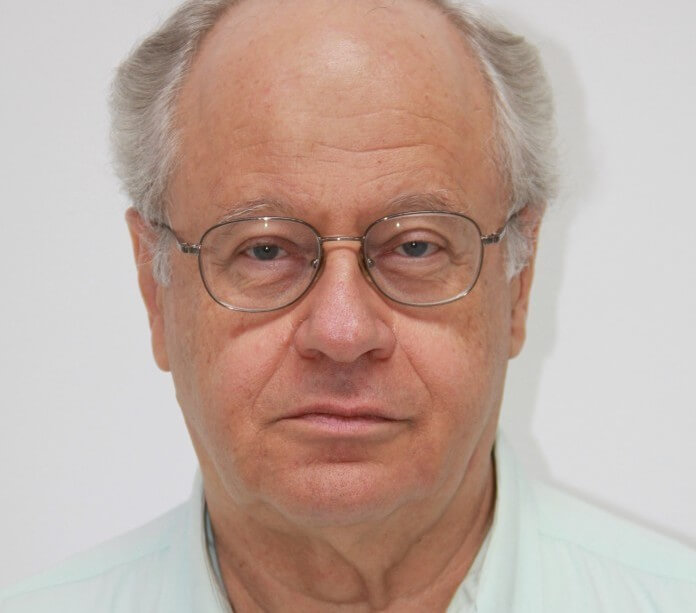 Robert Barry is an American artist best known for his Conceptual works. Aimed at confronting non-visual and esoteric subject matter, Barry employed a variety of media and approaches such as telepathy, radio waves, invisible gases, and words. He focuses on the transitional and impermanent aspects of space in art, along with the people surrounding, reacting to, and artists rather than the objects themselves. When asked about one of his installations, Art and War, he explained, “You didn’t really quite know what it was. You went up the stairs and the words were all in this kind of silver chrome around the walls and stairs and all around. So you sort of saw yourself reflected a little bit in the words and then you heard the sound, these people talking. What are they talking about?” Born on March 9, 1936 in the Bronx, NY, Barry went on to study at Hunter College under the painters William Baziotes and Robert Motherwell. Today, hi works are in the collections of the Whitney Museum of American Art in New York, the Stedelijk Museum in Amsterdam, the Kunstmuseum in Basel, the Centre Georges Pompidou in Paris, and the National Gallery of Art in Washington, D.C., among others. Barry lives and works in Teaneck, NJ.