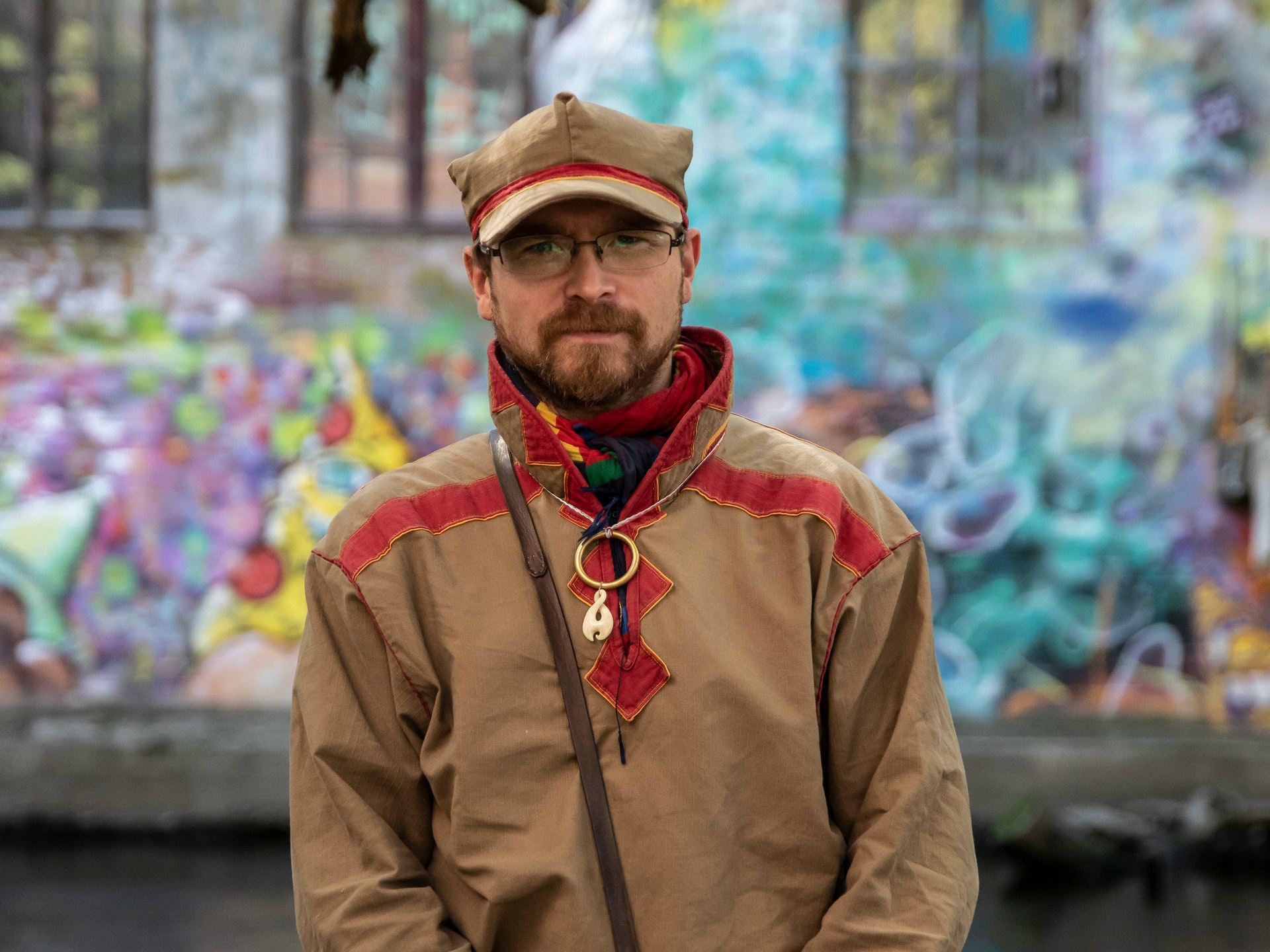 Beaska Niillas is a Sámi duojár, hunter, gatherer, nature guardian and politician from Deatnu in the Norwegian part of Sápmi. Nature has been at the centre of his life since childhood. Growing up, the land was his playing field and his friend. He has done a lot of different things in his life, but the only formal education he has is a certificate of apprenticeship in duodji. For some time, he also worked as an actor in both Beaivváš Sámi National Theatre and Giron Sámi Theatre. After that, he was a teacher and then went on to work as a fisherman. For the last ten years, he has been active in Sámi politics and also defended Indigenous land and waters in Sápmi and beyond. He co-curated the Sámi Pavilion at the 59th Venice Biennale.