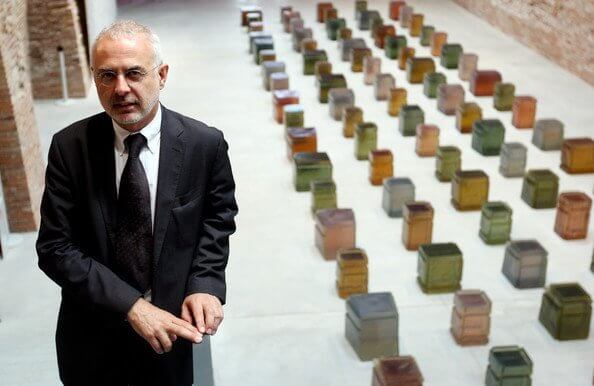 Bonami was born in Florence. After a brief spell as an artist he moved to New York City in 1991 where he was appointed U.S. Editor of Flash Art magazine. From 1999 to 2008 he was Manilow Senior Curator at the Museum of Contemporary Art, Chicago and artistic director of Fondazione Pitti Discovery in Florence. He directed the 2nd edition of the SITE Santa Fe Biennial in 1997, the 50th edition of the Venice Biennale in 2003 and was one of the curators of Manifesta 3 (2000) and the 2010 Whitney Biennial.
Bonami has also organised exhibitions at the Whitechapel Art Gallery (London), the Hayward Gallery (London), the Pinault Foundation (Venice), the Walker Art Center (Minneapolis), the Musée d’Art Moderne de la Ville de Paris, the Hara Museum of Contemporary Art in Tokyo and the Qatar Museums Authority in Doha.
He has written monographs on the work of Doug Aitken, Vanessa Beecroft, Maurizio Cattelan, Thomas Demand, Damien Hirst, Jeff Koons, Gabriel Orozco and Jeff Wall amongst others.