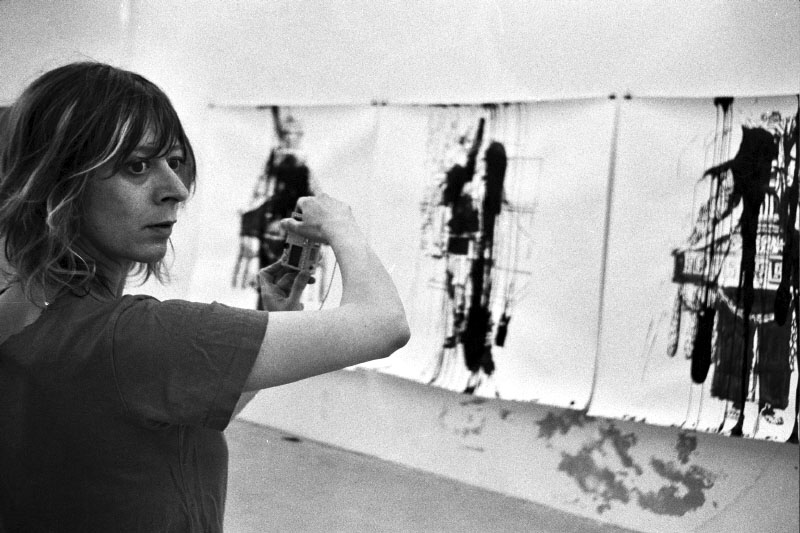 Monica Bonvicini studied art in Berlin and at Cal Arts, Valencia, CA. Since 2003 she holds a position as Professor for Performative Arts and Sculpture at the Academy of Fine Arts in Vienna. Beginning in October 2017 she assumes the professorship for sculpture at the Universität der Künste, Berlin. She lives and works in Berlin.

Monica Bonvicini emerged as visual artist and started exhibiting internationally in the mid-1990s. Her multifaceted practice—which investigates the relationship between architecture, power, gender, space, surveillance and control—is translated into works that question the meaning of making art, the ambiguity of language, and the limits and possibilities attached to the ideal of freedom. Dry-humored, direct, and imbued with historical, political and social references, Bonvicini’s art never refrains from establishing a critical connection with the sites where it is exhibited, the materials that comprise it, and the roles of spectator and creator. This approach, which has been at the core of her production since her first solo exhibition at the California Institute of the Arts in 1991, has formally evolved over the years without betraying its analytical force and inclination to challenge the viewer’s perspective while taking hefty sideswipes at socio-cultural conventions.

In 2012 Bonvicini has been appointed Commander of the Order of Merit of the Italian Republic.  She is currently represented by Galerie Peter Kilchmann, Zurich; König Galerie, Berlin; Galerie Krinzinger, Vienna, and Galleria Raffaella Cortese, Milan.