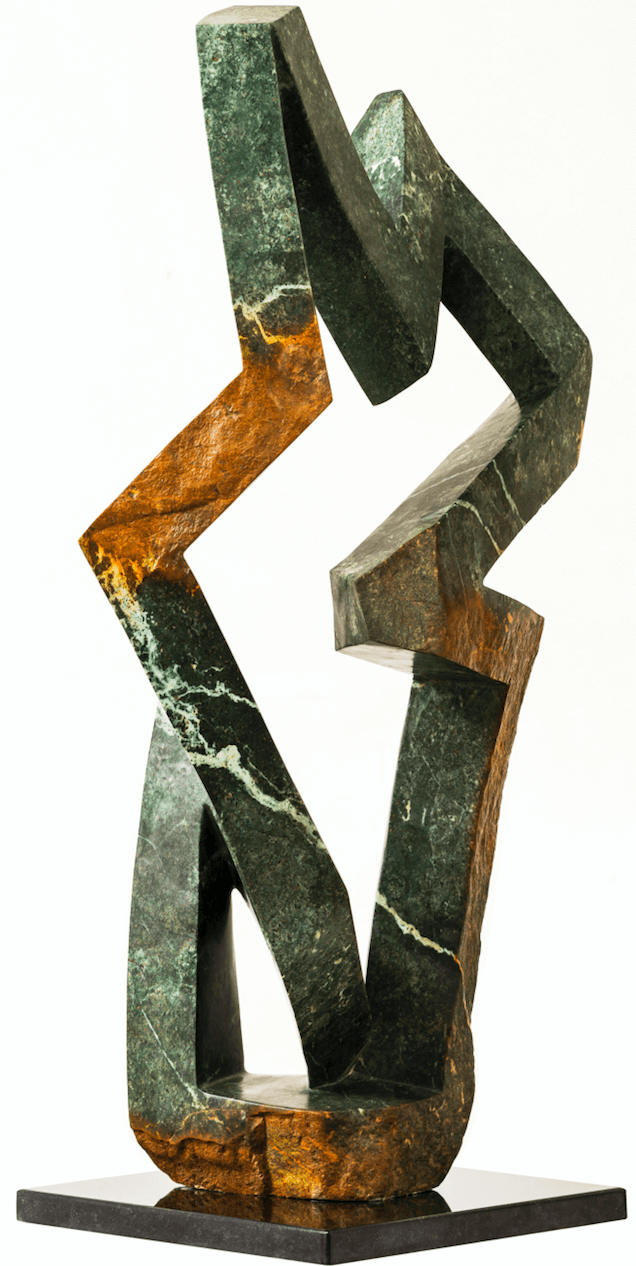 Bywell Sango, born in Guruve in 1979, is the younger brother of the late Brighton Sango, who influenced him to start sculpting at an early age. He developed his style mostly characterized by abstracts. Brighton supported him to create and finish sculptures during school holidays. Working alongside his brother at home, Bywell had already shown some changes and possibilities for development. He enjoys working in cobalt, opal, spring stone and serpentine. His inspiration is not driven from Shona myth, but rather from the shape of the stone itself. It can express an emotional reaction to a particular situation.