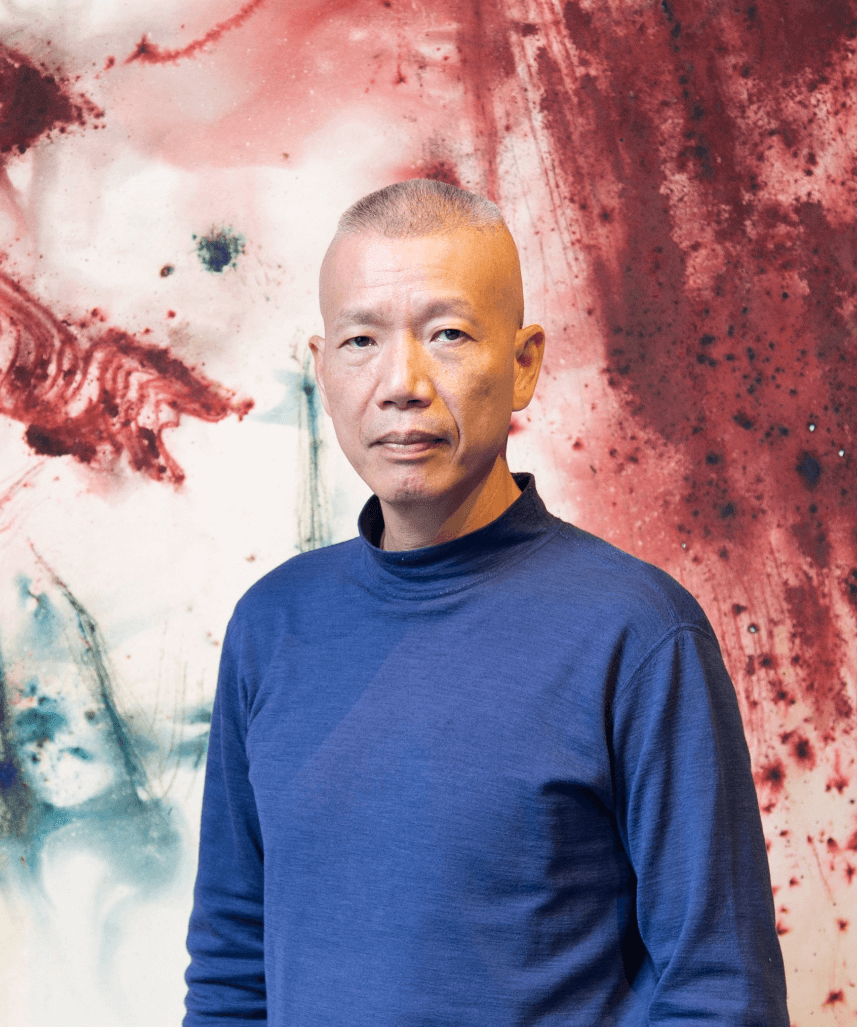 Cai Guo-Qiang was trained in stage design at the Shanghai Theater Academy, and his work has since crossed multiple mediums within art, including drawing, installation, video and performance art.
While living in Japan from 1986 to 1995, he explored the properties of gunpowder in his drawings, an inquiry that eventually led to his experimentation with explosives on a massive scale and to the development of his signature explosion events. Drawing upon Eastern philosophy and contemporary social issues as a conceptual basis, these projects and events aim to establish an exchange between viewers and the larger universe around them, utilizing a site-specific approach to culture and history.
Cai was awarded the Japan Cultural Design Prize in 1995 and the Golden Lion at the 48th Venice Biennale in 1999. In the following years, he has received the 7th Hiroshima Art Prize (2007), the 20th Fukuoka Asian Culture Prize (2009), and AICA’s first place for Best Project in a Public Space for Cai Guo-Qiang: Fallen Blossoms (2010). He also held the distinguished position as Director of Visual and Special Effects for the opening and closing ceremonies of the 2008 Summer Olympics in Beijing.

Exhibitions
The End Of The World
On the occasion of its reopening, the Luigi Pecci Centre for Contemporary Art presents the exhibition...
16 Oct 2016 - 19 Mar 2017
Centro per l’Arte Contemporanea Luigi Pecci
Prato

Exhibitions
The Spirit of Painting: Cai Guo-Qiang at the Prado
For the first time in the museum history, el Prado is showcasing a major exhibition of contemporary artist...
25 Oct 2017 - 04 Mar 2018
Madrid