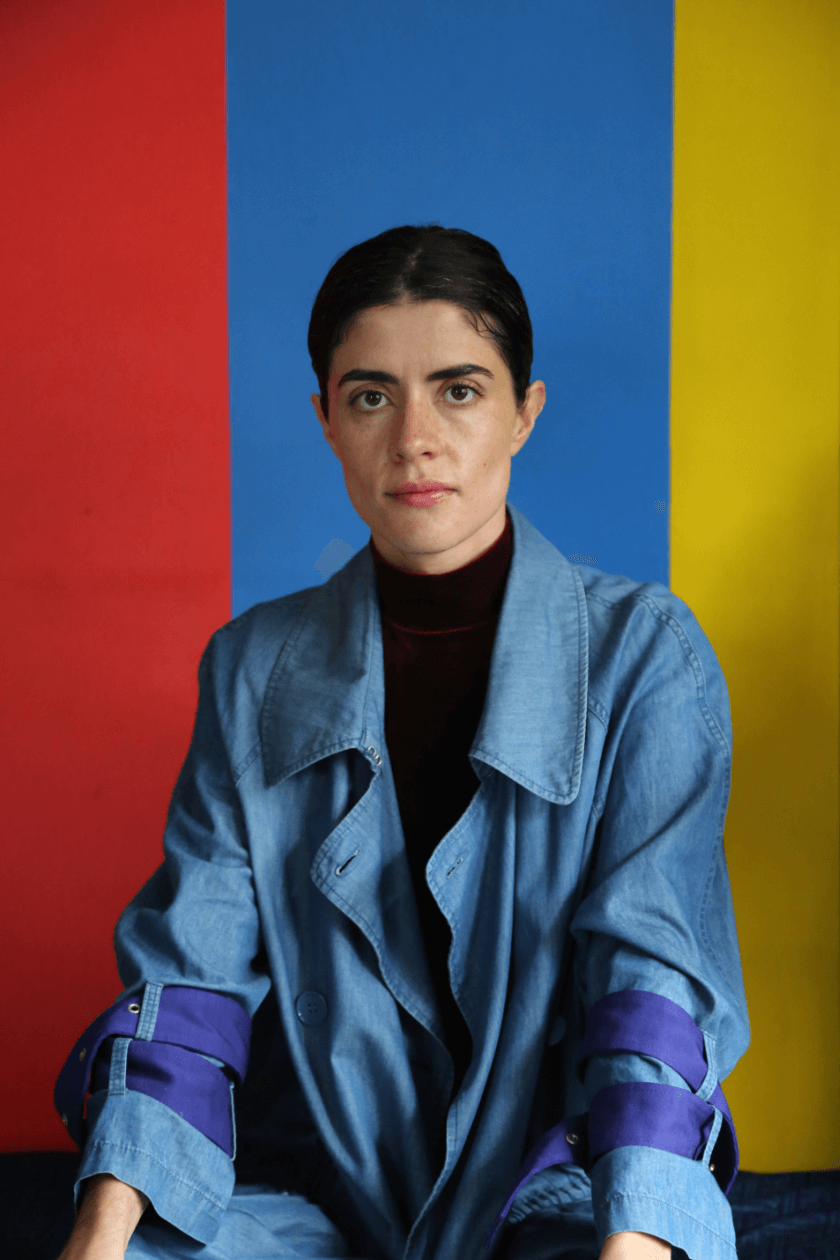 Pia Camil was born in 1980 in Mexico City, where she continues to live and work. Her work has been shown in Mexico, Colombia, France and the U.S. Camil received her Bachelor’s of Fine Arts from The Rhode Island School of Design in 2003 and her Master’s of Fine Arts from The Slade School of Fine Art in 2008. In 2009, she formed El Resplandor, a performance-based band. She has received awards including the European Honors Program, Palazzo Cenci, Rome, Italy in 2001 and she was nominated for The Paul Hamlyn Award, London in 2008. Camil’s work is in the permanent collection of La Colección Jumex, la Colección Patricia Phelps de Cisneros and the Kadist Art Foundation amongst others. Her solo exhibitions include “The little dog laughed” at Blum and Poe, Los Angeles, “Entrecortinas: abre, jala, corre” at OMR Gallery, Mexico City, “Espectacular Telón” at Sultana Gallery, Paris, and “Cuadrado Negro” at the Basque museum-center of contemporary art in Spain.
Through her work Pia Camil has shown a proclivity to failure or the decaying associated to the mexican urban landscape, aspects of modernist culture and traces of art history. Her practice has explored the urban ruin – including paintings and photographs of halted projects along Mexico’s highways (highway follies); abandoned billboards that become theatre-like curtains therefore theatricalizing failed capitalist strategies (espectaculares), or the problems and contradictions that arise when engaging with iconic art works (No A trio A or Cuadrado Negro).