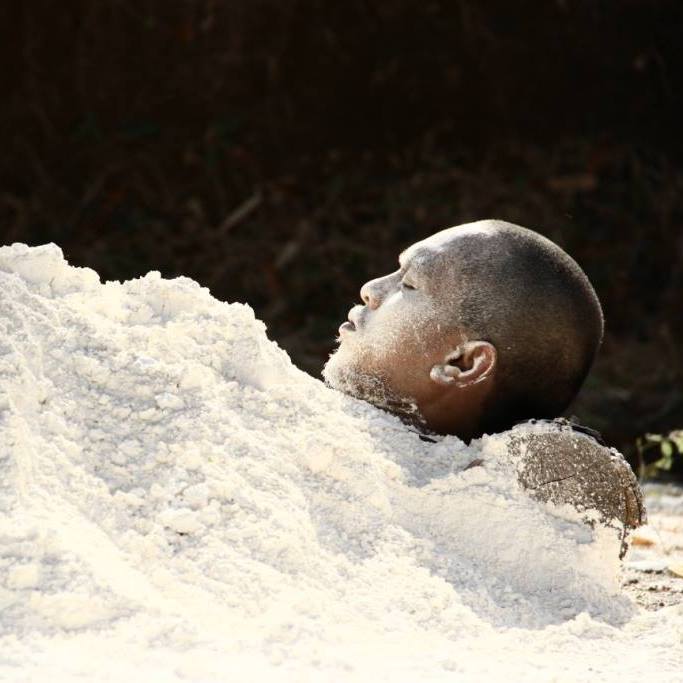 Painter and performance artist Aliansyah Caniago is a graduated from Institut Teknologi Bandung’s Painting Studio, and also participated in several performance art workshops, among them with Boris Nieslony, Waldemar Tatatchuck and Janusz Baldyga, Lee Wen, and Seiji Shimoda. Currently he is tutored by Melati Suryodarmo in performance art practice in Solo, Indonesia.
He is known for his work as a performance artist who brings the issues of art activism and social realism into public spaces, practices intervention art, site-specific art, to shape an art community that melds art with society to collaborate on creatively fixing areas with environmental damage or conflict areas. His latest solo exhibition, Titik Balik Project (2014) is an art project done at the Situ Ciburuy lake, at the outskirts of Bandung. He has also participated in several joint exhibitions and local and international performance events. He is also one of the founders of an alternative space in Bandung called Galeri Gerilya. In 2012, Aliansyah became the 4th Winner, Bazaar Art Award 2011, Indonesia Young Artists in Jakarta, and in 2015 he joined the residence program at Selasar Sunaryo Artspace; Transit #3 in Bandung.