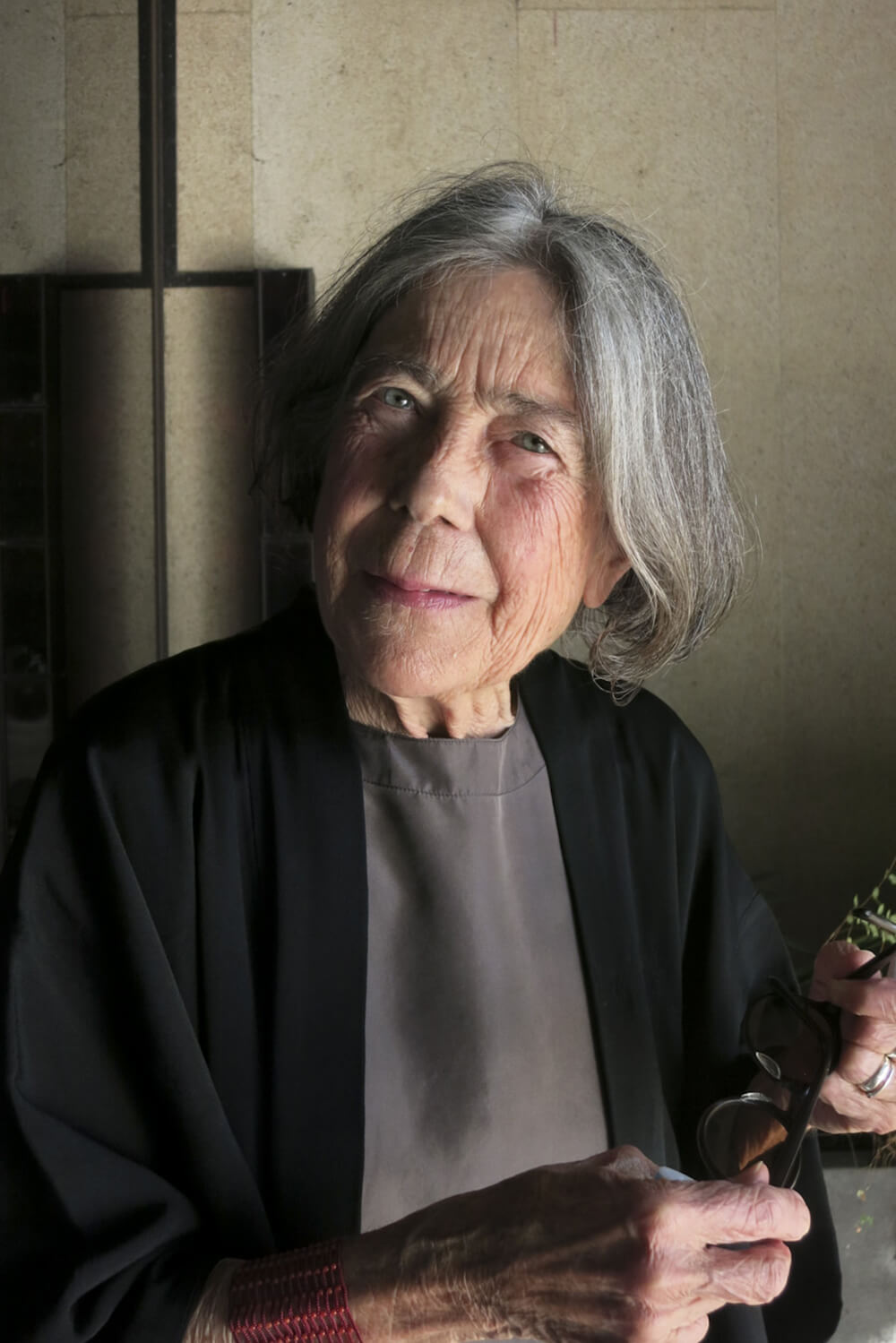 After completing her studies on her native island, Lourdes Castro trained at the Escola de Belas-Artes in Lisbon between 1950 and 1956. In 1955, she staged her first solo exhibition in Funchal at the Clube Funchalense. At this time, her painting was influenced by fauvism. She married her classmate René Bertholo (1935-2005), with whom she presented an exhibition at the Galeria Diário de Notícias in Lisbon in 1957. Like many of their compatriots of the same generation, the couple left Portugal that year for Munich, ‘following in the footsteps of Klee’, where they remained for some time. There they met Jan Voss, who became their friend.
The following year, thanks to a grant from the Calouste Gulbenkian Foundation, Lourdes Castro moved to Paris. Together with Bertholo she created KWY, a quarterly journal of contemporary art (1958-1963). It was published by an informal group which, besides herself and Bertholo (who would later become one of the key figures in the narrative figuration movement), included the Bulgarian Christo, the German Jan Voss, and the Portuguese António Costa Pinheiro, José Escada and João Vieira Gonçalo Duarte. The group organised exhibitions (in Saarbrückenand Lisbon in 1960; in Paris in 1961; and in Bologna in 1962), published a journal and edited works, essentially focusing on the art of silk-screen printing. Until 1960, under the influence of her friend Arpad Szenes, Lourdes Castro employed a painting technique that could be described as lyrical abstraction. Later, in 1961, she underwent a complete change.
Abandoning painting, she became close to the group of painters known as the Nouveaux Réalistes, creating assemblages of heteroclitic objects that had been destined for oblivion. Presented inside boxes, the objects are rendered uniform by a layer of silver paint. The artist played with piles of printing press letters or bottle tops. The critic Pierre Restany defended her work, which he said resembled Arman’s in respect of the piles of letters or Joseph Cornell’s in respect of the boxes. Drawing on the experience of creating serigraphs that she gained from her work on the journal KWY, Castro made prints using the same technique, directly arranging the objects on pre-sensitized silk. In 1962, she worked with shadows, projecting silhouettes onto the canvas and retaining only the drawn outline. The artist created a series of portraits of her acquaintances (Micheline Presle, a work that belongs to the Berardo Collection, Christo, Bertholo, Maurice Henry, Adami, Voss, Dimas Gamarra and Elda Zanetti) and of Leonardo da Vinci’s Mona Lisa and Ingres’ Odalisque.
She occasionally associated real objects with the projected shadows of other objects. In 1964, continuing with this work, she cut the shapes of shadows out of plates of serigraphed or coloured transparent acrylic which she arranged in layers, thereby conferring materiality on what had lacked it. At this point she definitively abandoned painting. Several years later she focused on shadow theatre, revisiting the Chinese tradition of shadow play. From 1973 onwards she worked with Manuel Zimbro to create several shadow theatre shows that were close in nature to happenings, including As cinco estações [The Five Seasons] in 1976 and Linha do Horizonte [Horizon Line] in 1981. During the show, Castro worked the shadows and Zimbro the light. She went on tours of America and Europe, visiting the Musée d’art moderne de la ville de Paris, ARC2, the Théâtre d’Orsay Renaud-Barrault and the Festival d’Automne (1975, 1978).
She continued to work, creating shadows of plants in Madeira (Grande Herbário de Sombras, started in 1972), piles of petals (Montanha de Flores, 1988), and exploring the problems of memory (Álbum de Família). Together with Pedro Tropa, she conceived the installation A Peça for the São Paulo Biennale in 2000. In the 1980s, she became enthusiastic about mail art. Over the years, Lourdes Castro staged occasional exhibitions, including two in 1959 at the São Paulo and Paris biennales and one in 1963 at the Salon comparaisons in Paris.