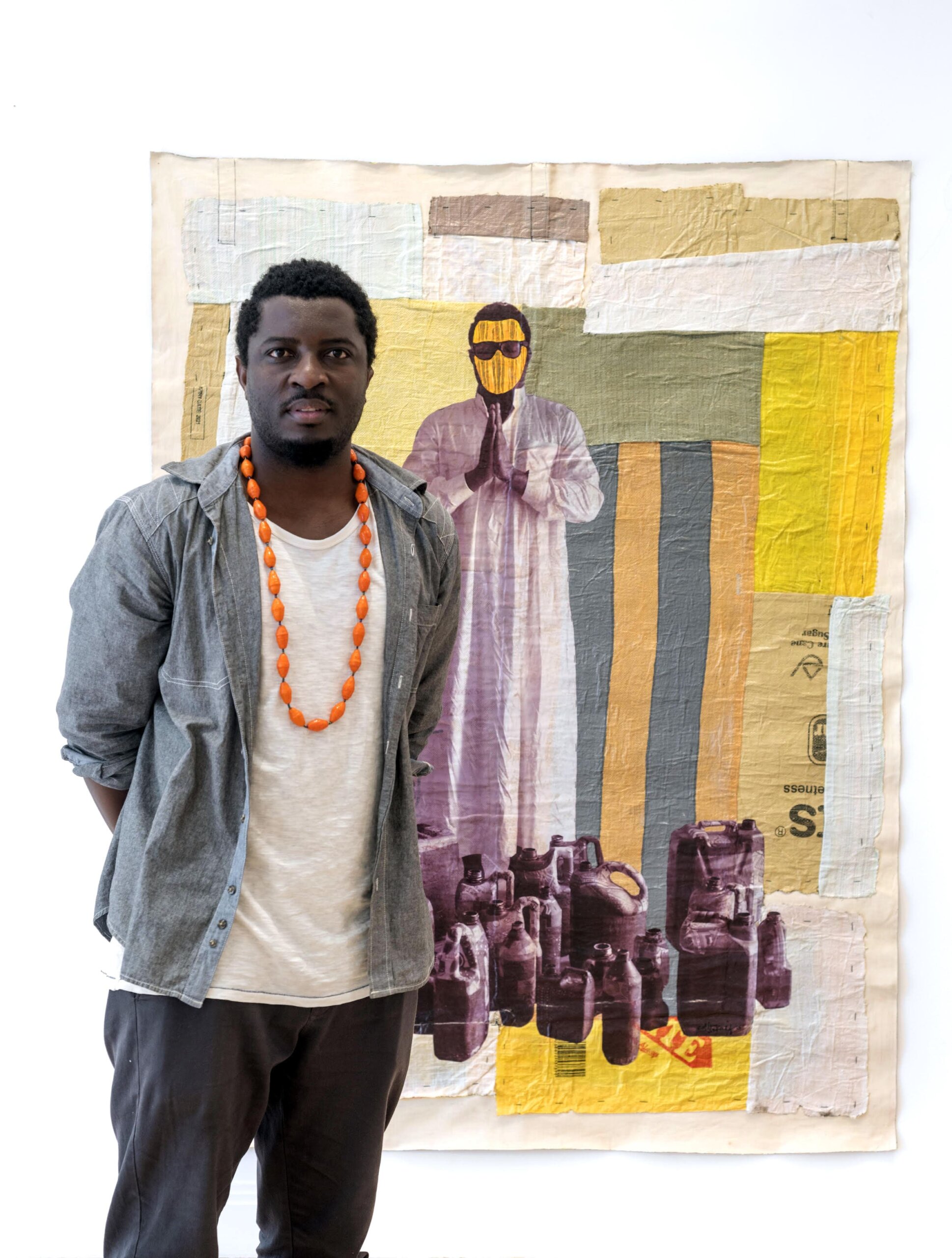 Born in 1980 in Masaka, South-eastern district of Uganda to a Ugandan father and a Rwandese mother, Collin Sekajugo is a community-conscious artist whose artistic practice is rooted in the community. Although he did not study art at school, in 2006 Sekajugo went on a study tour to several Eastern and Southern African countries that exposed him to new ideas of art-making. It is this experience that has since shaped his art as a reflection of the society he lives in.

A multi-media artist, Sekajugo works largely on the subject of identity situating it in his locale. His artworks explore issues of social, cultural, economic and political identity within a larger context of the globe. The artist often times deploys his figure as a central character in his painting collages as a metaphor for his multi-ethnicity and to counter the prejudices that accompany such a complex identity. He also masks his subjects face or certain body parts to symbolize the dichotomy of identity versus discrimination based on ethnicity or social class.