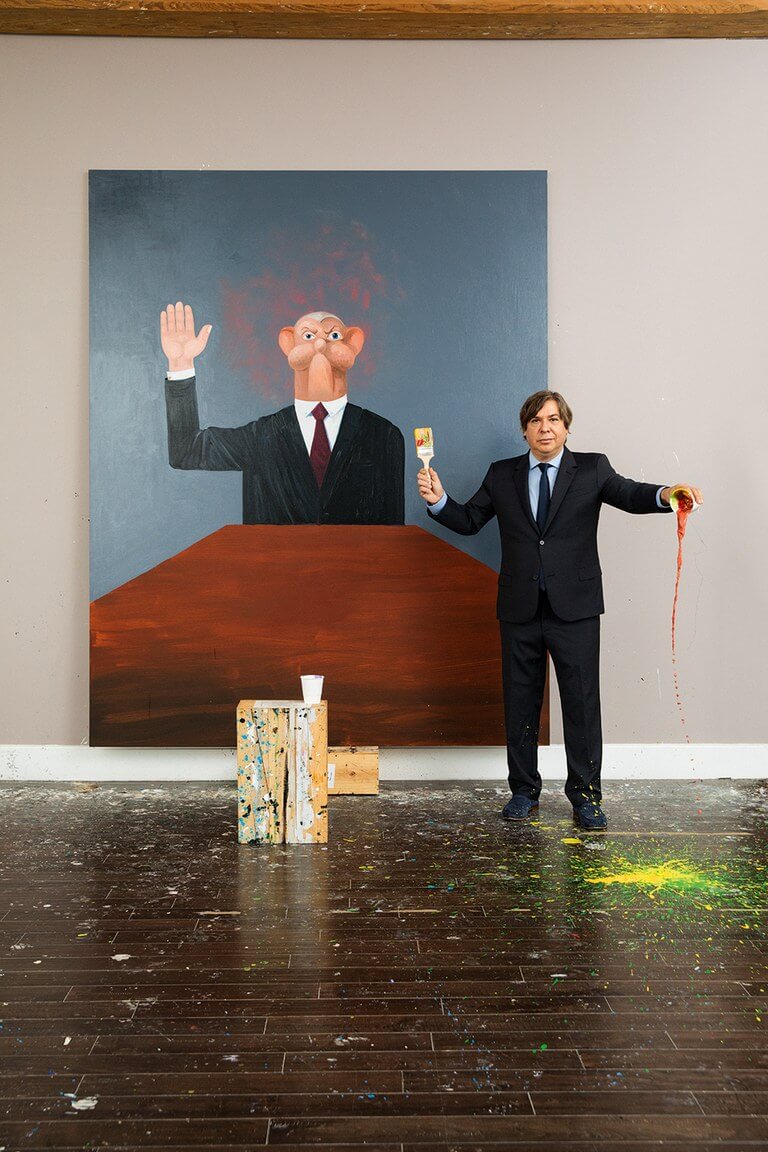 George Condo is a contemporary American artist known for his unique figurative paintings. Featuring fractured portraits and aggressive imagery, Condo often recontextualizes paintings from the Old Masters, blending their imagery and techniques with aesthetics that echo Pablo Picasso and Willem de Kooning. “I describe what I do as psychological Cubism,” the artist has explained of his work. Born in 1957, the Concord, NH, he studied art history and music theory at the University of Massachusetts in Lowell. A member of the band The Girls during the late 1970s, Condo met Jean-Michel Basquiat in New York at a show, it was Basquiat that suggested he move down to New York to pursue a career in art. Condo’s first public exhibitions were held in East Village galleries between 1981 and 1983. After a brief stretch working in Andy Warhol’s Factory, Condo decamped to Paris in 1985 for a decade. His influence can be seen in a range of contemporary painters, including John Currin, Glenn Brown, and Lisa Yuskavage. In 2010, Condo collaborated with the musician Kanye West in producing cover art for his album Twisted Fantasy. A year later, the artist was the subject of a major retrospective exhibition “Mental States,” at the New Museum. Condo currently lives and works in New York, NY. Today, his paintings are held in the collections of The Museum of Modern Art in New York, the Rubell Family Collection in Miami, and the National Gallery of Art in Washington, D.C., among others.