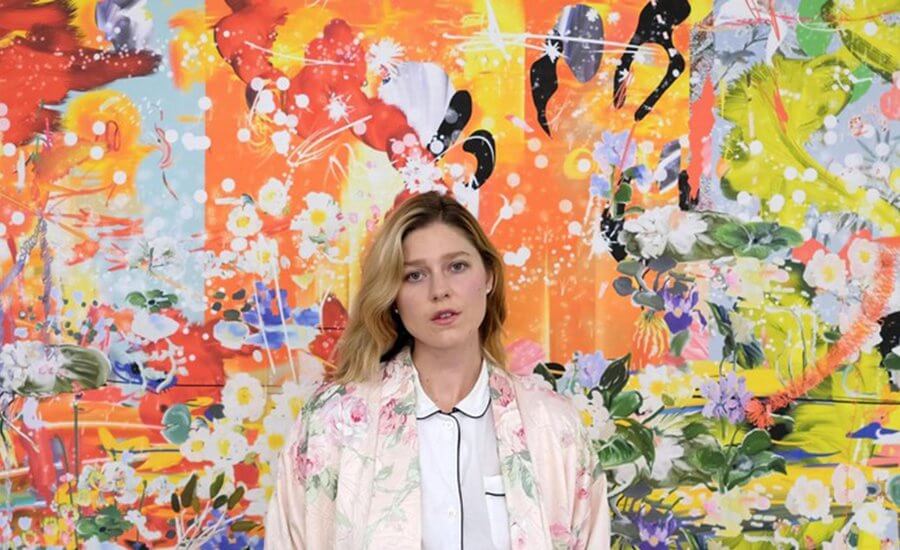 Petra Cortright uses a range of mediums, both digital and analog, to explore the aesthetics and performative cultures of online consumption. She is particularly interested in video-sharing sites like Youtube: in vvebcam (2007), for example, Cortright recorded herself on a webcam passively scrolling through different effects on the recording device, while a repetitive trance beat played in the background. Despite the video reaching international viewership, Youtube removed it in 2011, due, the company said, to its excessive use of “offensive” language; Cortright tagged the film with explicitly sexual language, a component which the artist considers part of the work. Espousing a rough home-video aesthetic, Cortright often records herself performing simple acts and gestures, such as kicking a football, tugging at a tree branch, or dancing around a bedroom. Her works, which frequently employ effects, filters, or computer graphics, highlight video memes and behaviors common to sites like Youtube.