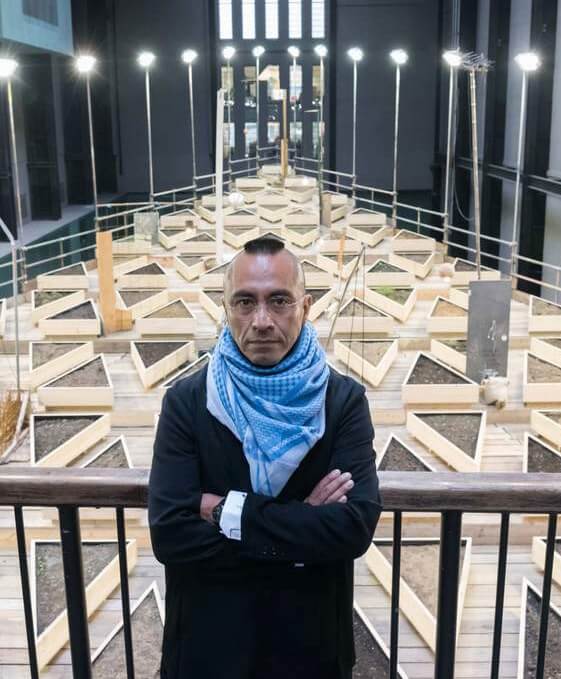 Born in 1968 in Mexico City, Abraham Cruzvillegas studied Pedagogy from 1986 to 1990 at UNAM (Universidad Nacional Autónoma de México) in Mexico City while simultaneously attending Gabriel Orozco’s workshop Taller de los viernes. In 2012, he was the 5th laureate of the Yanghyun Prize and in 2006 he received the Prix Altadis d’ arts plastiques.
His practice is deeply influenced by his surroundings: sculpture, painting, drawing, installation, and video revolving around the idea of “autoconstrucción” a concept that draws from the ingenious, precarious, and collaborative building tactics implemented by the people living in Colonia Ajusco, his childhood neighborhood in Mexico City. Using a wide range of collected objects, his sculptures challenge the traditional conceptions of art making; while his paintings and drawings are marked by a keen depiction of the subject and a strong sense of humor —instilled in him from his early training as a political cartoonist.