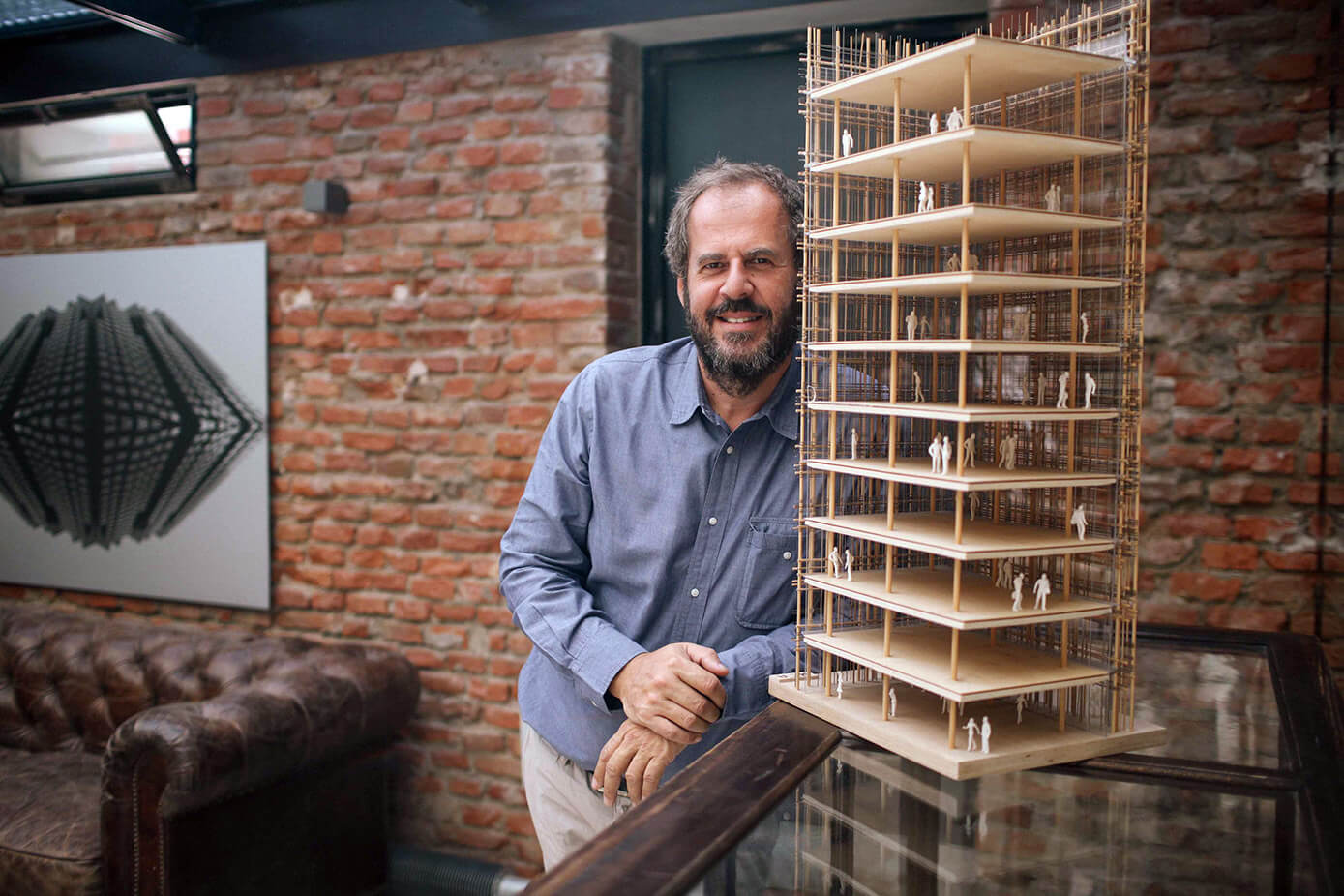 Mario Cucinella graduates in Architecture at the University of Genoa in 1986. Advisee of Giancarlo De Carlo (Gold Medal RIBA 1993). Works from 1987 to 1992 with Renzo Piano (Pritzker Prize 1998) at Renzo Piano Building Workshop both in the Genoa studio and in Paris. Founds Mario Cucinella Architects in Paris in 1992 and in Bologna in 1999. Today, MCA is based in Bologna, with a staff of 60 including architects, engineers and sustainability experts. Contract professor at the Architecture Technology Laboratory of the Faculty of Architecture Ferrara University from 1998 to 2006. Honorary Professor at the University of Nottingham, England from 2004. In 2017, awarded the honorary Adalberto Libera chair by the University of Trento. Nominated in 2017 by Mibact as curator of the Italian Pavilion at the 16th International Architecture Exhibition of the Venice Biennale. Director of the Scientific Committee of PLEA (Passive and Low Energy Architecture). In 2016 Royal Institute of British Architects (RIBA) appoints him “International Fellow”. American Institute of Architects (AIA) confers the prestigious Honorary Fellowship Award. In January 2012 founds Building Green Futures: a non-profit organization whose goal is to merge environmental culture and technology to recreate an architecture that guarantees dignity, quality and performance while respecting the environment. In 2014 collaborates as a tutor with Renzo Piano, Senator for Life, in the G124 project for the recovery of suburbs in Italy. In 2015 founds S.O.S. – School of Sustainability in Bologna, a postgraduate school aimed at training professionals in the field of sustainability. A creative workshop building a culture of sustainability through dialogue with diverse personalities, (who share a common vision of the future) and transforming these into projects and new architectures through the direct involvement of various companies and experts. Cucinella is also currently at the forefront of several reconstruction programs: WSR – Emilia Reconstruction Workshop (formed following the earthquake that damaged the area in 2012, and which now has 5 nearly completed projects) and WSR – Camerino Reconstruction Workshop (a participatory planning process for the development of the City Reconstruction Plan of Camerino and its surroundings).