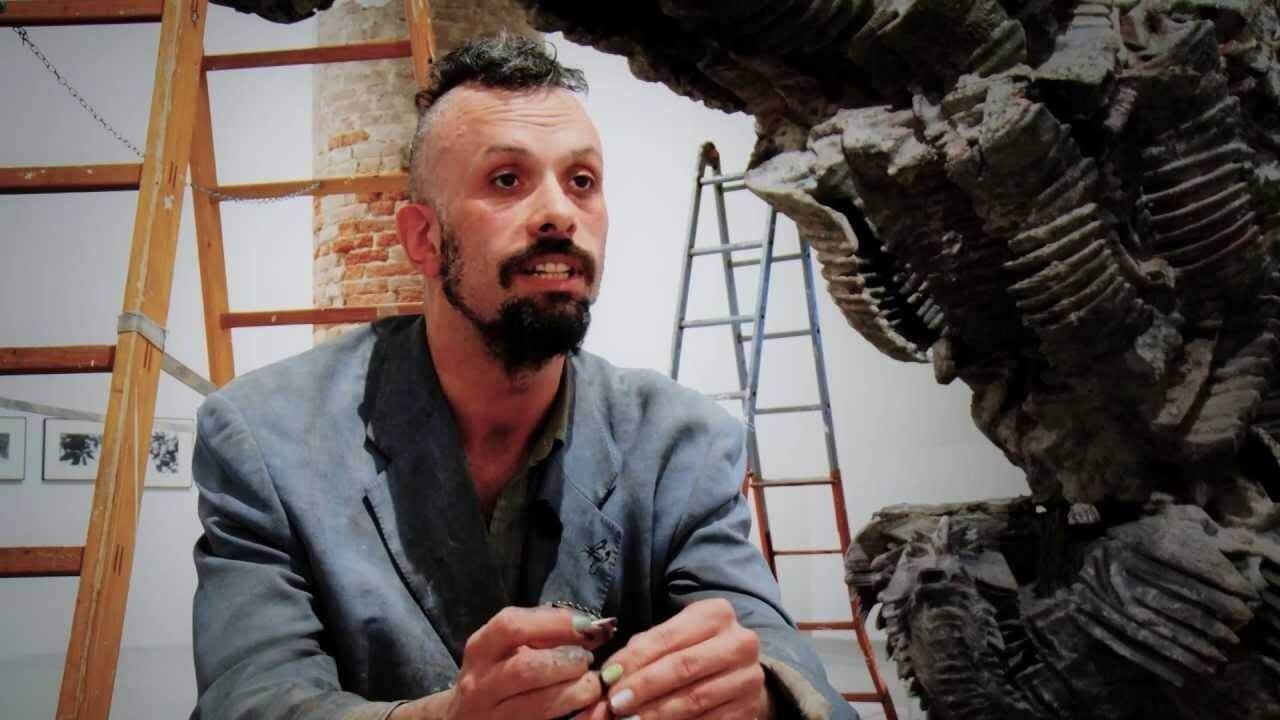 Born in Modena, Italy, in 1973, Cuoghi gained a great deal of attention in 1998 for dramatically altering his appearance, prematurely transforming himself into an old man. By gaining weight, dying his hair gray, and adapting the mannerisms of his father, he explored themes of transformation, time, memory, identity, and death in a piece that straddled the line between fiction and reality. Cuoghi’s work also includes painting, sculpture, digital animation, drawing, and sound. Cuoghi has had solo exhibitions at New York’s New Museum (2014); the Hammer Museum, Los Angeles (2011); and the Institute of Contemporary Art, London (2008). He was featured in the Venice Biennale in 2009 and 2013; the 2010 Gwangju Biennale, Korea; and the 2006 Berlin Biennale. The artist was previously represented by the London- and Milan-based gallery Massimo De Carlo.