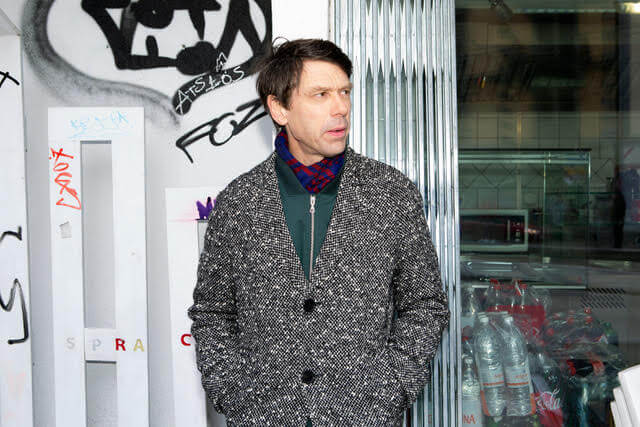 Daniel Baumann is an art historian and curator based in Basel and Zürich. He served as curator from 1996 to 2014 of the Adolf Wölfli Foundation, Museum of Fine Arts Bern, Switzerland. In 1997, he curated Martin Kippenberger. Respektive at Mamco in Geneva in 1997. He was the curator of Kunsttangente, a public art project in Basel, Switzerland (2003-2010), and curated, in 2003, Junge Szene at Secession in Vienna. In 2004 he started an ongoing exhibition series in Tbilisi, Georgia. From 2008 to 2013 he ran the Basel exhibition space New Jerseyy together with Tobias Madison, Emanuel Rossetti, and Dan Solbach. He was the curator of the 2013 Carnegie International at Carnegie Museum of Art, Pittsburgh, along with Dan Byers and Tina Kukielski. He is a contributor to magazines such as Artforum, Pavillonesque, Piktogram, Spike, Reading Rämistrasse et al. Daniel Baumann is the director of Kunsthalle Zürich, Switzerland, since 2015.