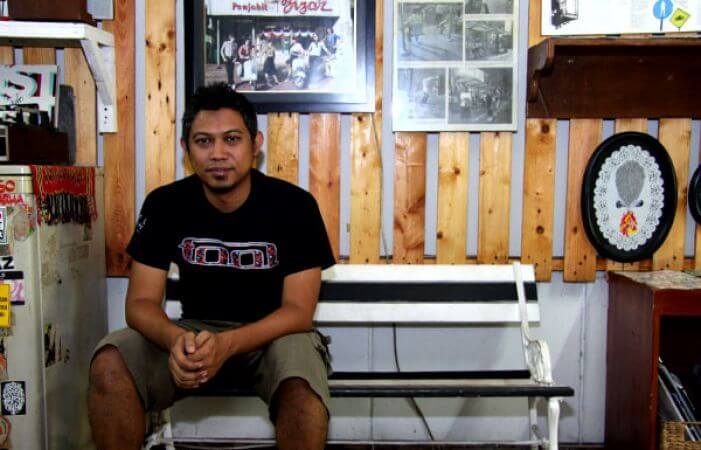 Ade Darmawan (1974) lives and works in Jakarta as an artist, curator and director of ruangrupa*. He studied at Indonesia Art Institute (I.S.I), in Graphic Art Department. A year after his first solo exhibition in 1997 at the Cemeti Contemporary Art Gallery, Yogyakarta (now Cemeti Art House), he moved to Amsterdam for a two years residency at the Rijksakademie Van Beeldende Kunsten. In 2000, with five other artists from Jakarta he founded ruangrupa, an artists’ initiative, which focuses in visual arts and its relation with the social cultural context especially in urban environment. Ade Darmawan’s works range from installations, objects, digital print, video and public art. As an artist and curator he has been participated in many art projects and exhibitions in several cities in Indonesia and International. He was involved in a collaboration project Riverscape in-flux (2012), and Media Art Kitchen (2013) with several South East Asia curators and artists. From 2006-2009 he was a member of the Jakarta Arts Council and in 2009 he became the artistic director of the Jakarta Biennale. Since 2013 he is also the executive director of the Jakarta Biennale.

Exhibitions
Sous la lune / Beneath the moon
Palais de Tokyo has joined with the Institute of Contemporary Arts Singapore to present in Singapore...
12 Dec 2015 - 03 Feb 2016