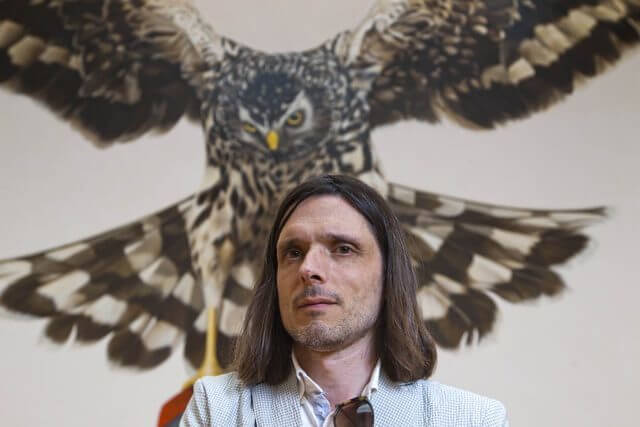 Jeremy Deller (b. 1966) is an English conceptual, video and installation artist. Much of Deller’s work is collaborative; it has a strong political aspect, in the subjects dealt with and also the devaluation of artistic ego through the involvement of other people in the creative process. He won the Turner Prize in 2004, and in 2010 was awarded the Albert Medal of the Royal Society for the encouragement of Arts, Manufactures & Commerce (RSA). Deller is known for his Battle of Orgreave (2001), a reenactment of the actual Battle of Orgreave which occurred during the UK miners’ strike in 1984. From 2007 to 2011, Deller served as a Trustee of the Tate Gallery.