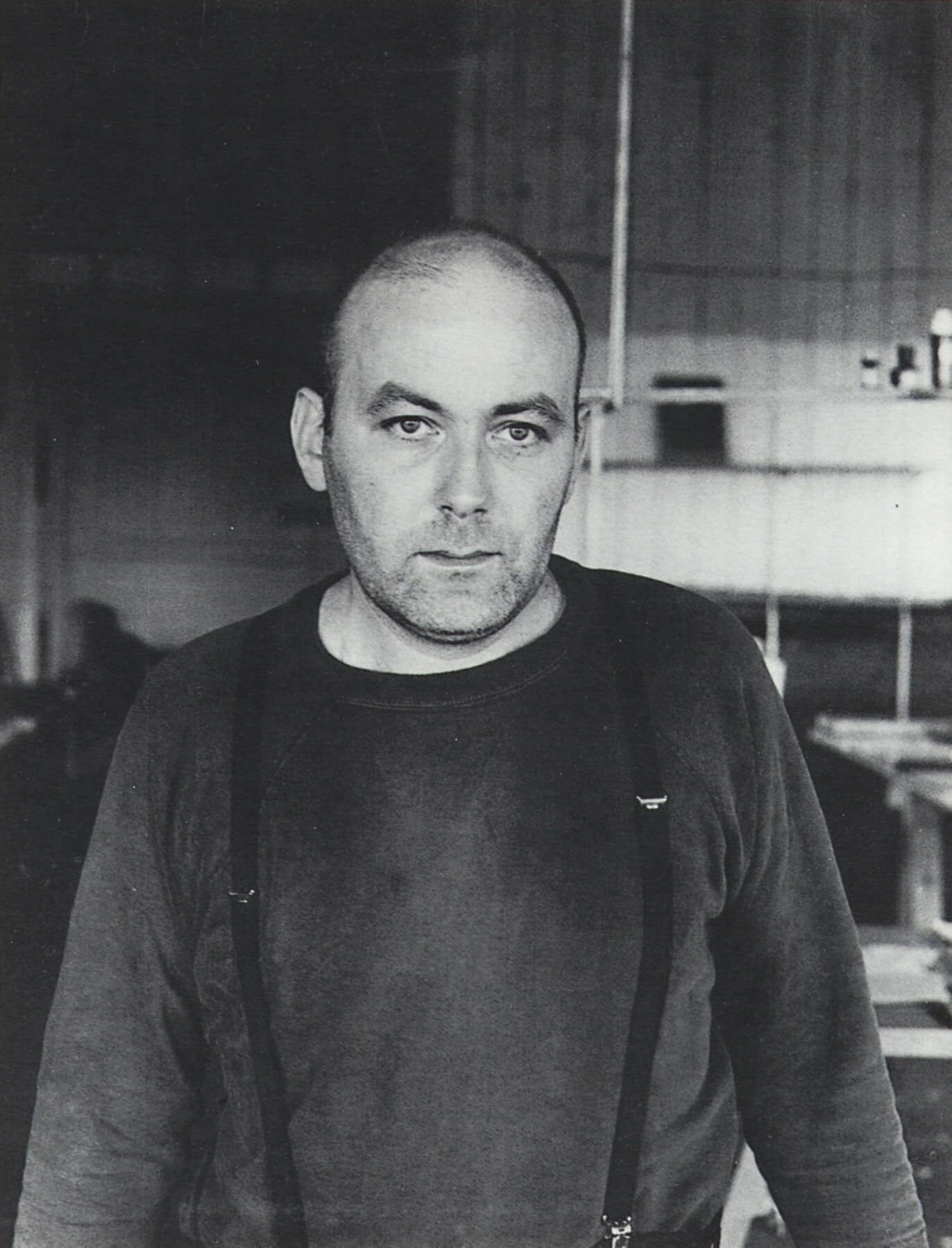 Karl-Dietrich Roth was born in Hannover on 21 April 1930. His mother was a German and his father was a Swiss businessman. After attending both primary and higher secondary school in Germany, Roth was sent to stay with a family in Zurich in 1943, where he was joined three years later by his parents. Dieter Roth spent the time in Zurich etching on tin from cans, painting in oils and writing poetry. The enthusiasm of the fledgling artist extended to drawing, pastels and watercolours. After completing his training as a commercial artist in 1951, Roth was left jobless and began to freelance. That same year Dieter Roth joined forces with Marcel Wyss and Eugen Gomringer to found the journal “spirale”, which first appeared in 1953 but ceased publication after nine issues in 1954. Dieter Roth earned a living doing decoration and executing occasional commissions while continuing to work on his own œuvre. In 1954 he did his first “gebackene Plastik” [“baked sculpture”]. In 1955 Roth designed textiles for Unika-Vaev in Copenhagen and the following year he experimented with Super 8 film. Roth moved to Iceland in 1957 and married Sigiour Björnsdóttir, from whom he separated in 1964. They had two sons: Karl (born in 1957) and Björn (born in 1961). After a brief stay in New York in 1959, Roth returned to Reykyavik in May, where he worked on Kinetic pictures and sculpture as well as stamp pictures and numerous books. Acquaintanceship with Jean Tinguely and Daniel Spoerri and the ensuing proximity to the Nouveaux Réalistes caused Roth to distance himself from Constructivism in the early 1960s. Dieter Roth’s first one-man show was mounted by the Museum College of Art in Philadelphia in September 1964. Roth now began working with chocolate and would continue to use organic materials, for instance in his mildew pictures, so-called “zerfallobjekten and-bilder” [“Decay objects and pictures”] and “Gewürzbildern” [“Spice pictures”]. Roth then taught for some years at prestigious institutions in the US, Britain and Germany: in the architecture department of Yale University, at the Rhode Island School of Design in Providence, at the Watfort School of Art in London and the Düsseldorf Art Academy.
Because his works smelled so strongly of decay, Roth’s studio at the Düsseldorf Academy had to be cleared out and the works destroyed. In 1969 Roth showed work at “documenta 4” and in 1977 at “documenta 7”. By then he was a leading German contemporary artist, collaborating on Happenings and other events with the likes of Arnulf Rainer and Richard Hamilton. In 1982 Roth designed the Swiss Pavilion at the Venice Biennale. As an artist, Dieter Roth was not concerned with beauty. On the contrary, he repudiated aesthetics in his approach to creative work. Roth played on irony, variability and Deconstruction, experimenting with all sorts of media and materials.
Dieter Roth died in Basel in 1998.