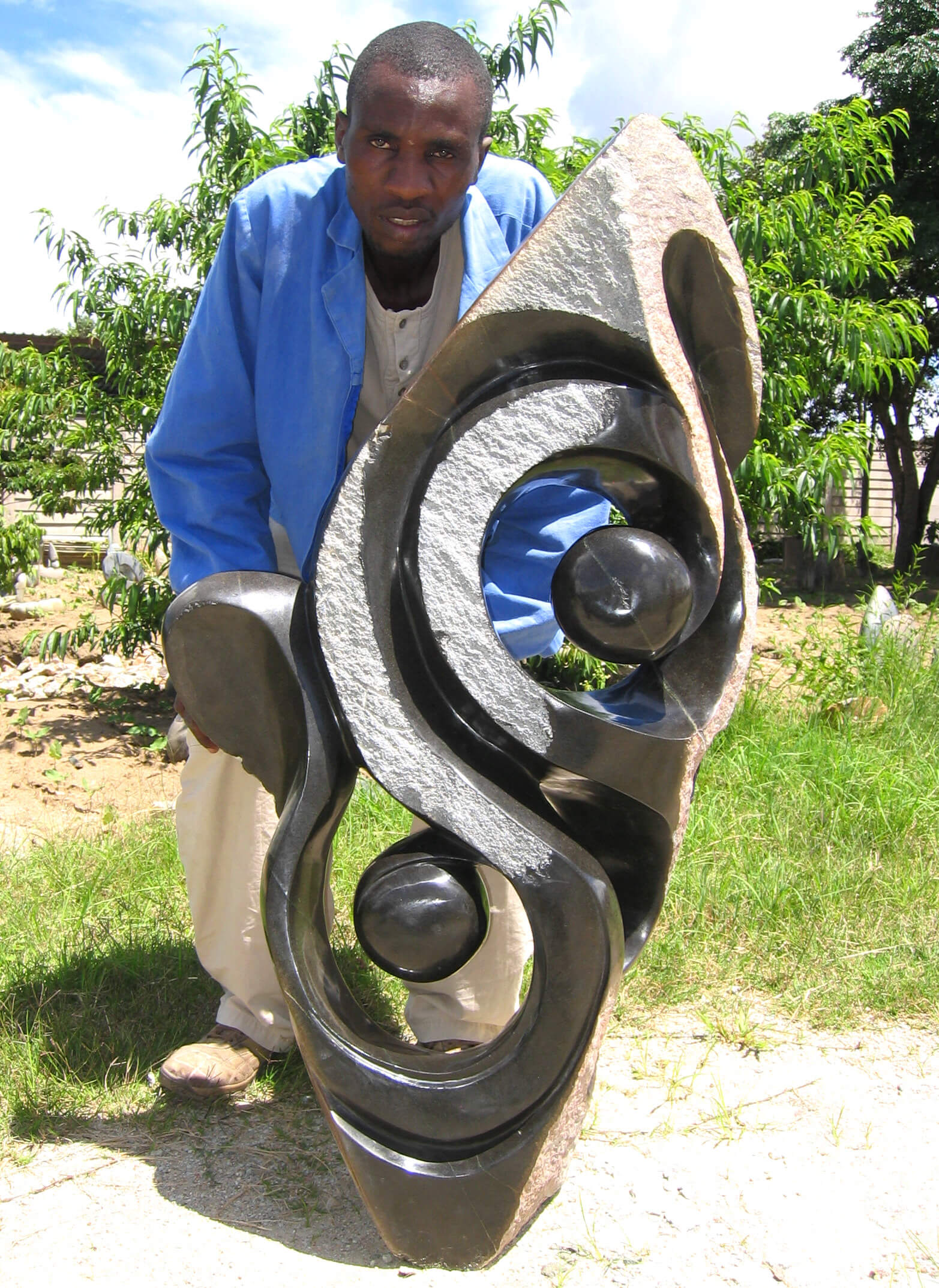 Donald Chapenga was born in Zimbabwe in 1974. As one of eight children, Donald attended primary school in Raffingora before moving to the Guruve Rural area to finish his formal education in 1995. In Guruve, he worked with celebrated and accomplished sculptors such as the late Brighton Sango, who hailed from the same village he grew up in. At around the same time, Donald also managed to meet other masters in the Shona sculpture movement from Tengenenge Workshop in North East Zimbabwe. He started stone carving as a hobby at a tender age following a family tradition. Donald graduated to his own style in 1997 upon moving to the Chitungwiza Art Center, he subsequently moved to the Airport Road Sculpture Park in Harare in 2011.