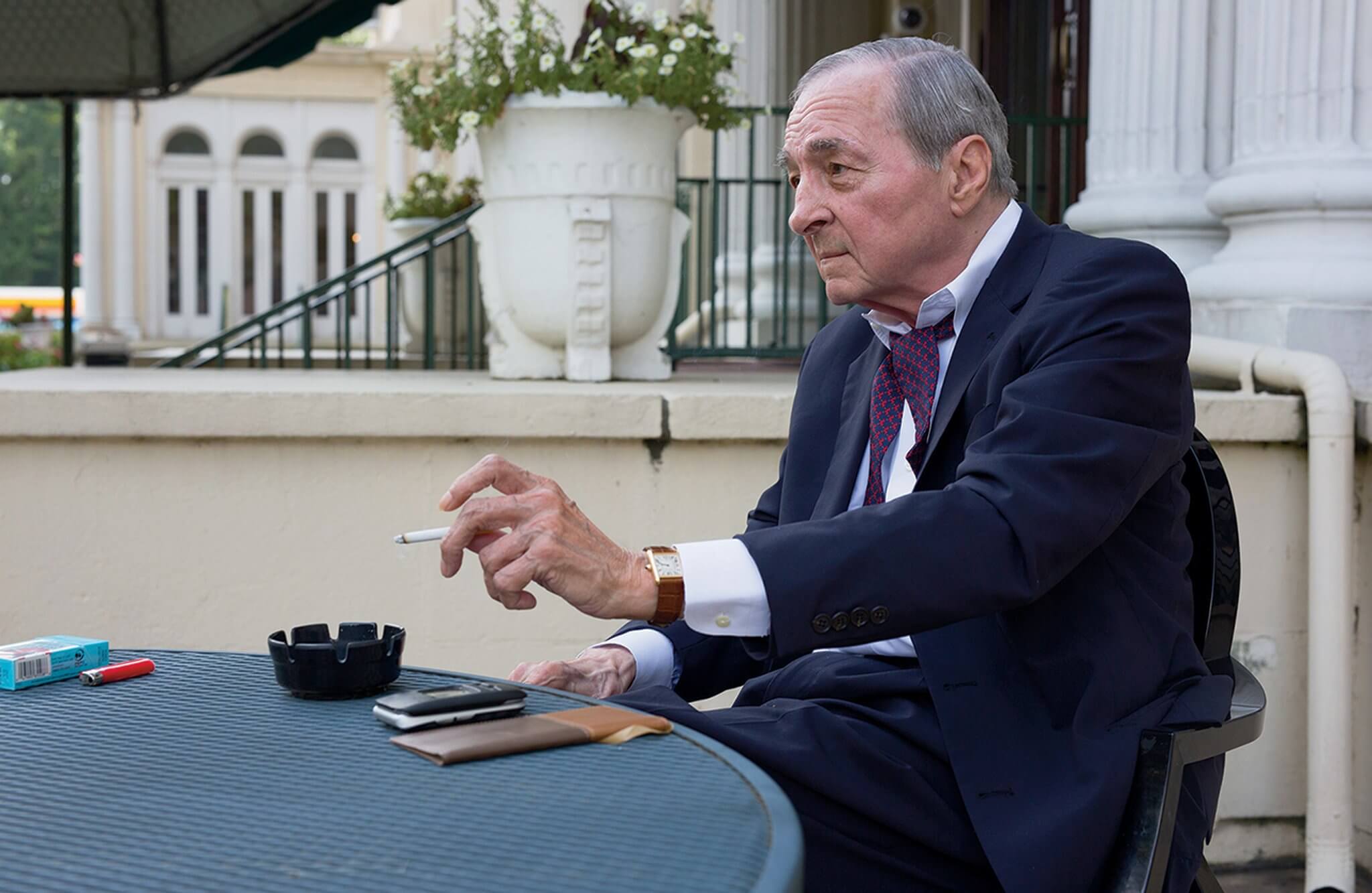 William Eggleston is an American photographer whose depictions of everyday objects and American scenes were noted for their vivid colours, precise composition, and evocative allure. His work was credited with helping establish colour photography in the late 20th century as a legitimate artistic medium. After settling in Memphis, Tennessee, in 1964, Eggleston began to experiment with colour photography, he produced thousands of photographs, focusing on ordinary Americans and the landscapes, structures, and other materials of their environs; a representative example, from 1970, depicts a weathered blue tricycle parked on a sidewalk. In the early 1970s Eggleston discovered that printing with a dye-transfer process, a practice common in high-end advertising, would allow him to control the colours of his photographs and thereby heighten their effect. Having been granted a Guggenheim fellowship in 1974, Eggleston received an additional career boost two years later with a solo exhibition at New York City’s Museum of Modern Art. (Its curator, John Szarkowski, had taken an interest in Eggleston’s work upon meeting him nearly a decade earlier.) The show provoked hostility from some critics, notably Hilton Kramer, who judged the snapshotlike pictures banal and lacking in artistry. Other viewers, however, found that Eggleston’s intensely saturated hues and striking perspectives imbued an ominous or dreamlike quality to their seemingly mundane subjects. He soon took on various commissioned projects, which resulted in series set in, among other locations, U.S. Pres. Jimmy Carter’s hometown of Plains, Georgia (1976), and Elvis Presley’s Graceland mansion in Memphis (1983–84). By the turn of the 21st century, he was dedicted the retrospective William Eggleston: Democratic Camera, Photographs and Videos, 1961–2008, which originated in 2008 at the Whitney Museum of American Art, solidified his reputation as a skilled innovator. For his contributions to photography, Eggleston received the Hasselblad Foundation International Award in Photography in 1998 and a Sony World Photography Award in 2013.