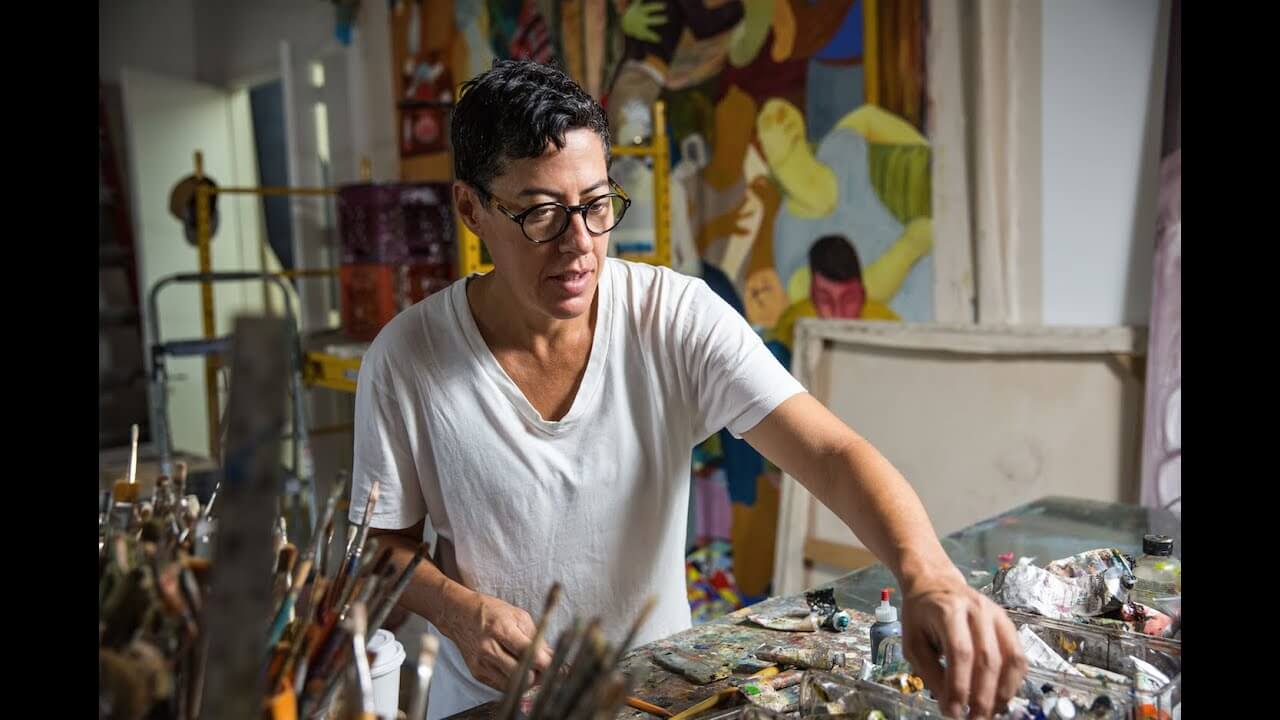 Nicole Eisenman is known primarily for her paintings. Was a professor at Bard College in Annandale-on-Hudson from 2003 to 2009. She has been awarded the Guggenheim fellowship (1996), the Carnegie Prize (2013), and has twice been included in the Whitney Biennial (1995, 2012). On September 29, 2015, she won the MacArthur “Genius Grant” award for “restoring the representation of the human form a cultural significance that had waned during the ascendancy of abstraction in the 20th century”. Eisenman currently lives and works in Brooklyn.