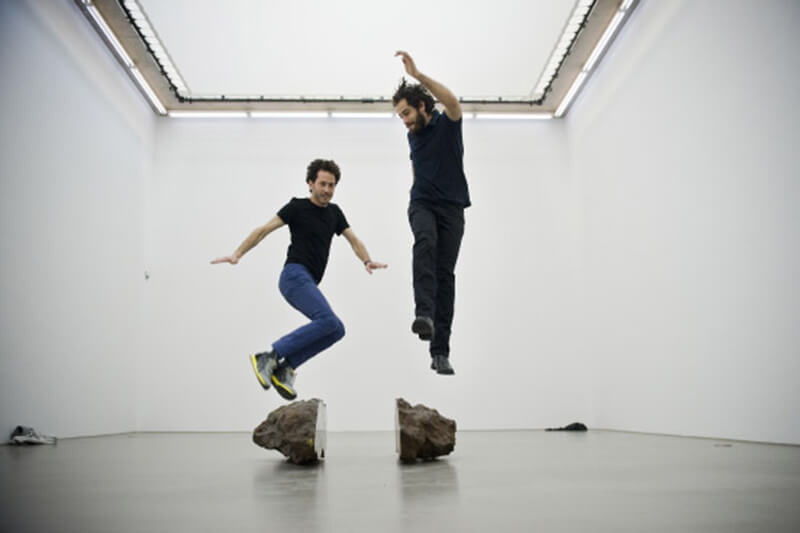 Faivovich & Goldberg began collaborating in 2006 on “A Guide to Campo del Cielo“, an ongoing project that revolves around researching the cultural impact of the Campo del Cielo meteorites in Chaco, Argentina, by studying, reconstructing, and reinterpreting their visual, oral, and written history, aiming to identify it’s historical and contemporary problematics.
In 2010, the Faivovich & Goldberg exhibition Meteorit “El Taco” was held at Portikus, Frankfurt, where the two main masses of El Taco were reunited, between September 24th and November 14th, 2010, after almost forty-five years of being apart. On occasion of this exhibition, the book “The Campo del Cielo Meteorites –Vol 1: El Taco“, was published by dOCUMENTA (13) and Hatje Cantz.
In 2011, they participated in the spring lecture series at the MIT program in Art, Culture and Technology “Collision 2: When Artistic and Scientific Research meet”, in Cambridge, Massachusetts. They have exhibited work at the Centro de Arte 2 de Mayo, in Móstoles, Madrid; and were featured in Simon Starling’s “The Inaccesible Poem“ at the Fondazione Merz in Torino.