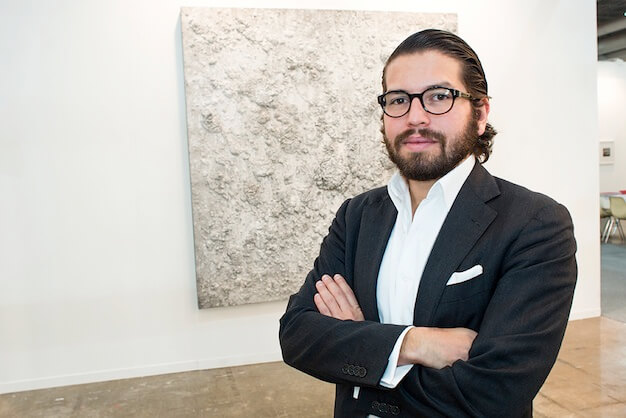 Mauricio Galguera (b. Mexico City) is director of Hilario Galguera gallery since 2013 and co-founder and co-director of El cuarto de máquinas. Founded in 2006, Hilario Galguera Gallery is hosted in an early 20th Century manor from the times of Porfirio Díaz in one of Mexico City’s oldest neighbourhoods, San Rafael. From 2008 to 2011 the gallery opened a space in Leipzig, Germany, in a 19th Century yarn factory, thus becoming the first Mexican gallery with a space in Europe. Since 2012 it keeps an office in Berlin. El cuarto de máquinas is a space for experimentation through art projects. Since 2015 it has focused on the production and promotion of exhibitions of young or emerging artists, experimental projects and the development of a program of curated samples.