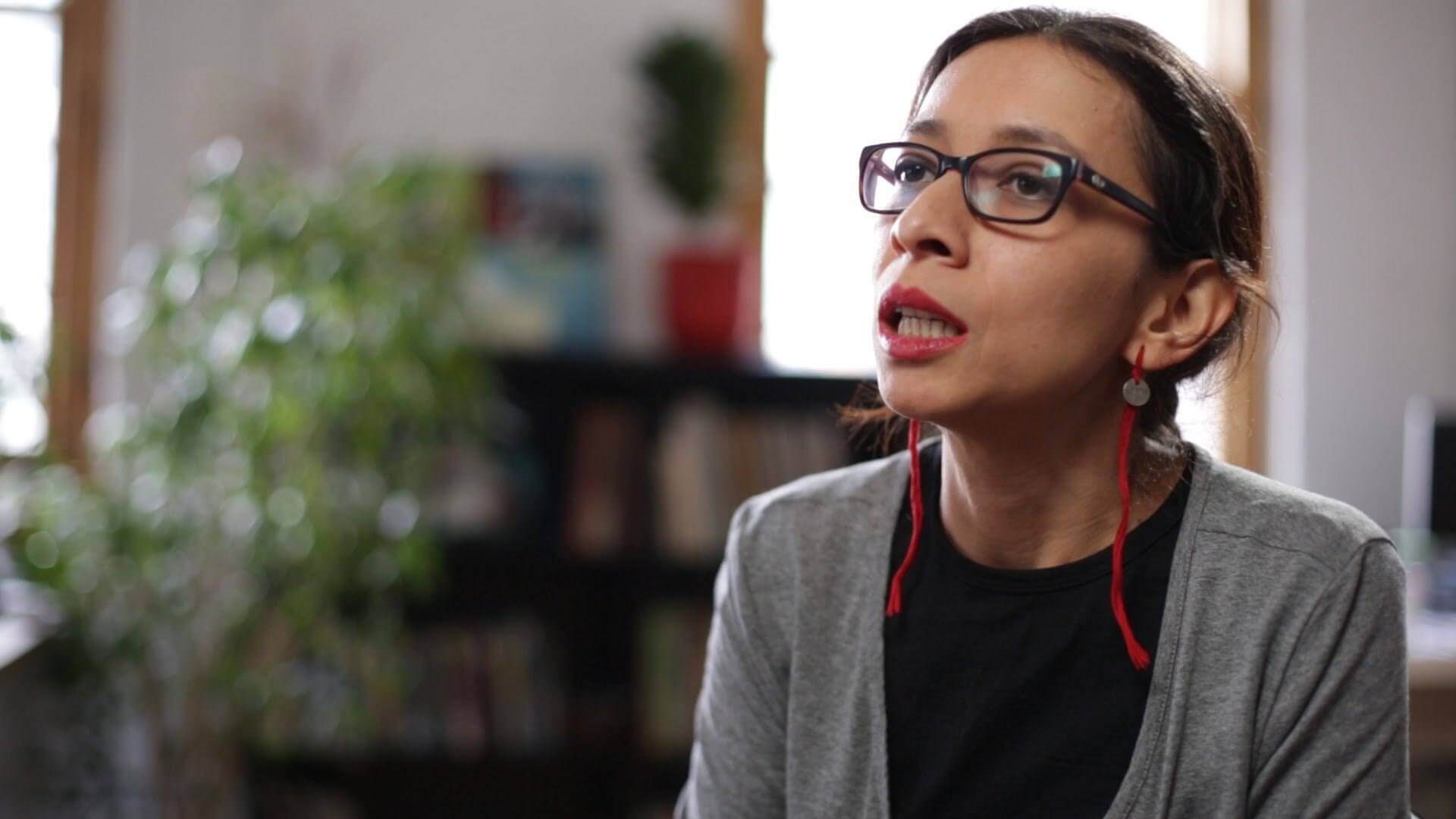 Regina José Galindo has developed a socially and politically motivated practice in which she strives to acknowledge the thirty-six years of civil war endured by her country while looking forward to a more peaceful and productive future. Her video Blind Spot (Punto ciego, 2010) documents a performance by the artist in which she is shown nude and standing on a pedestal as if she were a sculpture. Though seemingly inviting of voyeurism, the tone of the work shifts dramatically as the gallery fills with an audience of blind people. Her 2013 video Tierra is a haunting reinterpretation of the atrocities recounted during the trial of José Efraín Ríos Montt, a former President of Guatemala.