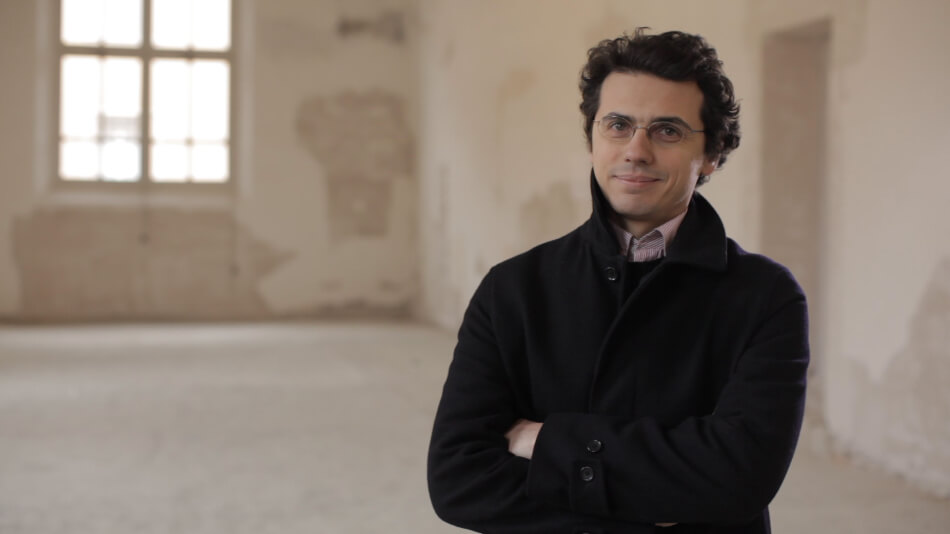 Currently Curator at CCA Montreal, Francesco Garutti is a contemporary art and architecture curator and editor. He was “Emerging Curator 2013–2014” at the Canadian Centre for Architecture in Montreal and took the position of Art Editor at Abitare between 2011 and 2013. Garutti worked as architect and researcher for Peter Zumthor Architekturbüro between 2007 and 2008 and was Zurich Correspondent for Domus Journal. In 2012 he curated the archive of Portikus Under Construction at Peep-Hole, Milan and published his critical essays on art and architecture in volumes and catalogues by Mousse Publishing, Bedford Press, Grotto Publications, Skyra Rizzoli New York among others. As studio program and contemporary art exhibiting projects curator at THEVIEW, Genoa, Garutti has presented solo shows of artists as Peter Wächtler, Haris Epaminonda, Ian Law among others. He’s currently Adjunct Professor of Interior Design in the Department of Architectural Sciences at the University of Genoa and has been guest lecturer at Politecnico di Milano, Bocconi University Milano, Architectural Association London, University of Manchester and University of Antwerp among others. His recent editorial works include FAIRLAND – a collection of analytical standpoints and possible visions on the role of the art fair today published by Koenig Books (2014) – and his publications Can Design be Devious? CCA Montreal, 201