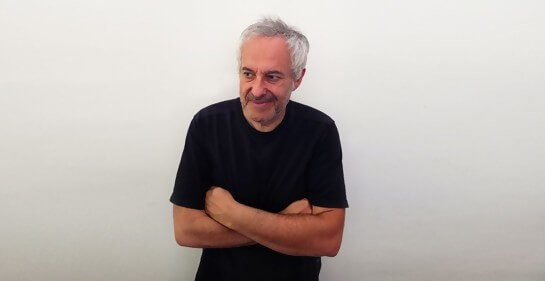 Gerardo Goldwasser (Montevideo, 1961) studied at the Centro de Expresión Artística, under the direction of Nelson Ramos, papermaking with Laurence Baker and metal engraving with David Finkbeiner. He is an adjunct professor in the undergraduate program in Visual Communication in the Department of Architecture, Design and City Planning at the Universidad de la República.

He was awarded a Pollock-Krasner Foundation fellowship, New York (2001), Second Prize in the Second Biennial in Printmaking of Mercosur, a grant from the Fondo Nacional de las Artes, Buenos Aires, (2000), the Paul Cézanne Prize (1997) the Third Bienarte Grand Prize, and a grant from the Uruguay-United States Cultural Alliance (1990-1992).

Since 1985 he has been in solo and group exhibitions in Uruguay, Argentina, Colombia, Brazil, Cuba, France, the United States, Spain, Panama, and Ecuador.