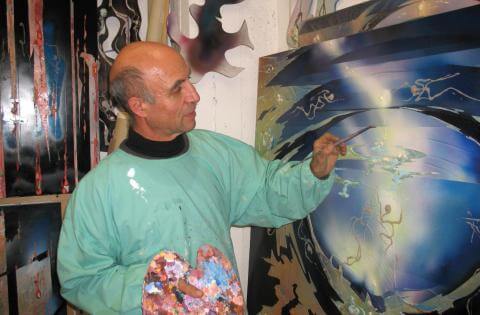 Giancarlo Flati is an Italian painter, writer and surgeon. After a long figurative period (the seventies and eighties), Flati landed on a synthesis between science and art.

Starting from the 2000s, Flati‘s work investigates the aesthetic significance of a revolutionary mind-matter relationship that calls into question the classic representation of “reality”. David Bohm and Karl Pribram‘s theories on holomovement, the holographic universe and the holographic brain led, at the end of the last century, the world of quantum mechanics and that of neuroscience to converge on a new model of consciousness already contemplated by the theory of the implicate order proposed by Bohm himself in the seventies.