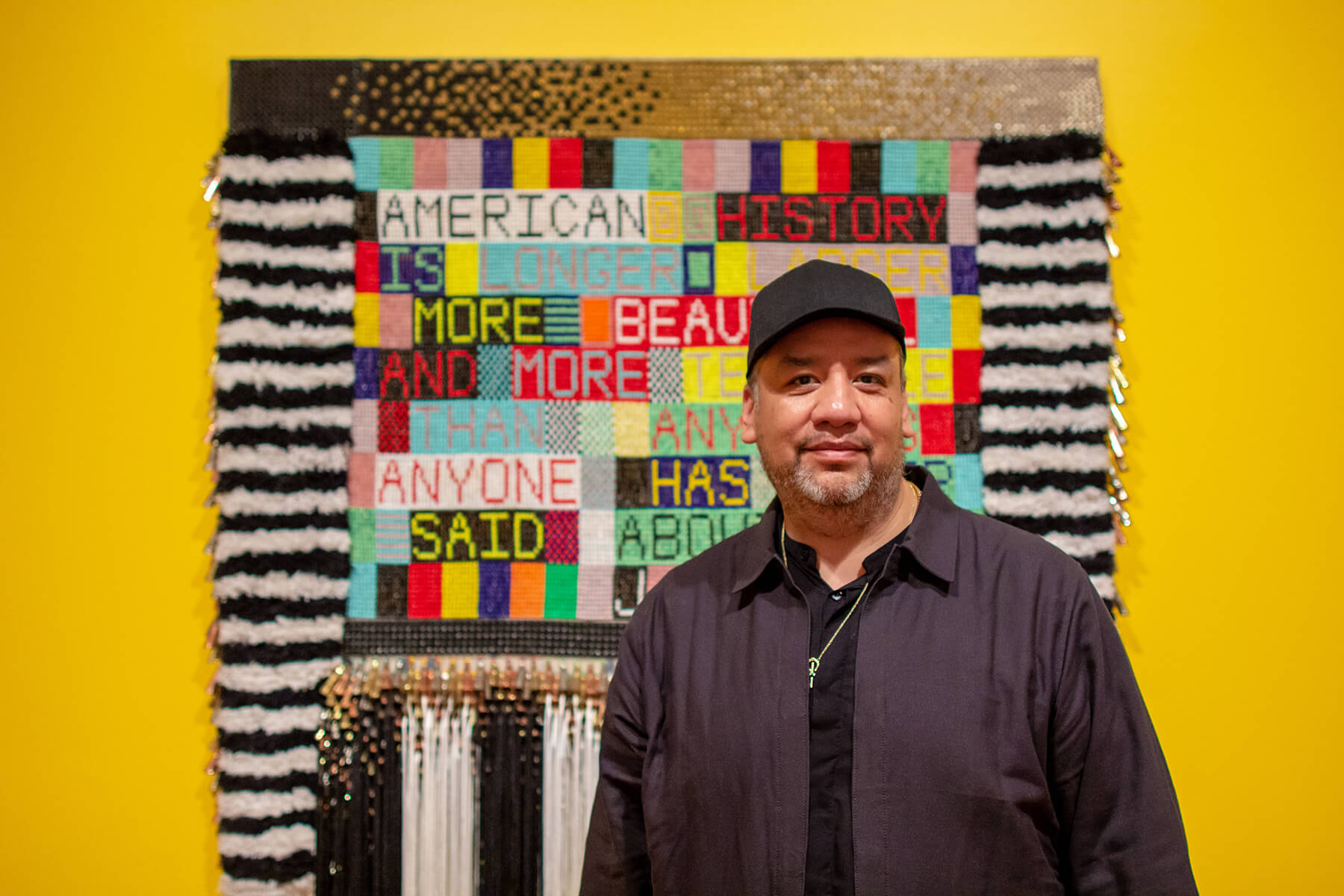 Jeffrey Gibson grew up in major urban centers in the United States, Germany, Korea, England and elsewhere. He is also a member of the Mississippi Band of Choctaw Indians and half Cherokee. He has a Master of Arts degree in painting at The Royal College of Art, London in 1998 and his Bachelor of Fine Arts degree in painting from the School of the Art Institute of Chicago in 1995. Gibson’s artwork intermingles elements of traditional Native American art with contemporary artistic references. Thus powwow regalia, 19th century parfleche containers, and drums are seamlessly merged with elements of Modernist geometric abstraction, Minimalism, and Pattern and Decoration. Here there is an echo of Frank Stella and Josef Albers – canonized in our current dialogue which has little or no inclusion of Native American art which Gibson provides comparable weight and equivalence.

Exhibitions
Jeffrey Gibson: When Fire Is Applied to a Stone It Cracks
Jeffrey Gibson, of Choctaw and Cherokee descent, offers a rich visual and conceptual dialogue between his work and the histories that inform it.
14 Feb 2020 - 10 Jan 2021
Brooklyn Museum
New York